The starting point was the ‘phantom building’ – the construction of the ‘10000’ Department Store (designed by BSiPHWiU, architect Jacek Chyrosz) which began in the second half of the 1980s. Brought to the shell and abandoned for almost 20 years, it haunted the residents of the surrounding apartment blocks. Numerous new housing estates springing up around it increased the already existing deficit of service functions in the area.

Our task was to adapt the existing building for modern commercial conditions. The body of the building rooted in previous socio-economic system and the budget of the local shopping centre left little margin. The project was limited to the contemporary ‘packaging’ of the building, the insertion of the functional system into the modular grid of the prefabricated structure and the development of the plot.

We tried to create a new appearance of the object by respecting the original layout without evaluating it. We emphasised the horizontal mass with aluminium profiles surrounding the building and canopies along the shop windows. This made it possible to achieve coherence despite the existing different character of individual elevations and to set a framework for advertising signs, which often, especially after the completion of the investment process, get out of control. We enclosed the existing skylight structure, which had lost its utilitarian function, in perforated metal sheet, ensuring the clarity of its line and creating starting point for visual identification. The muted colour palette of the building was intended to remain a background for the strong character of the function, and the formal simplicity is a continuation of the orthogonal layout of the existing mass. The only accent is the illumination of the façade in the form of an array of fluorescent lamps, signalling the service function on dark winter afternoons. 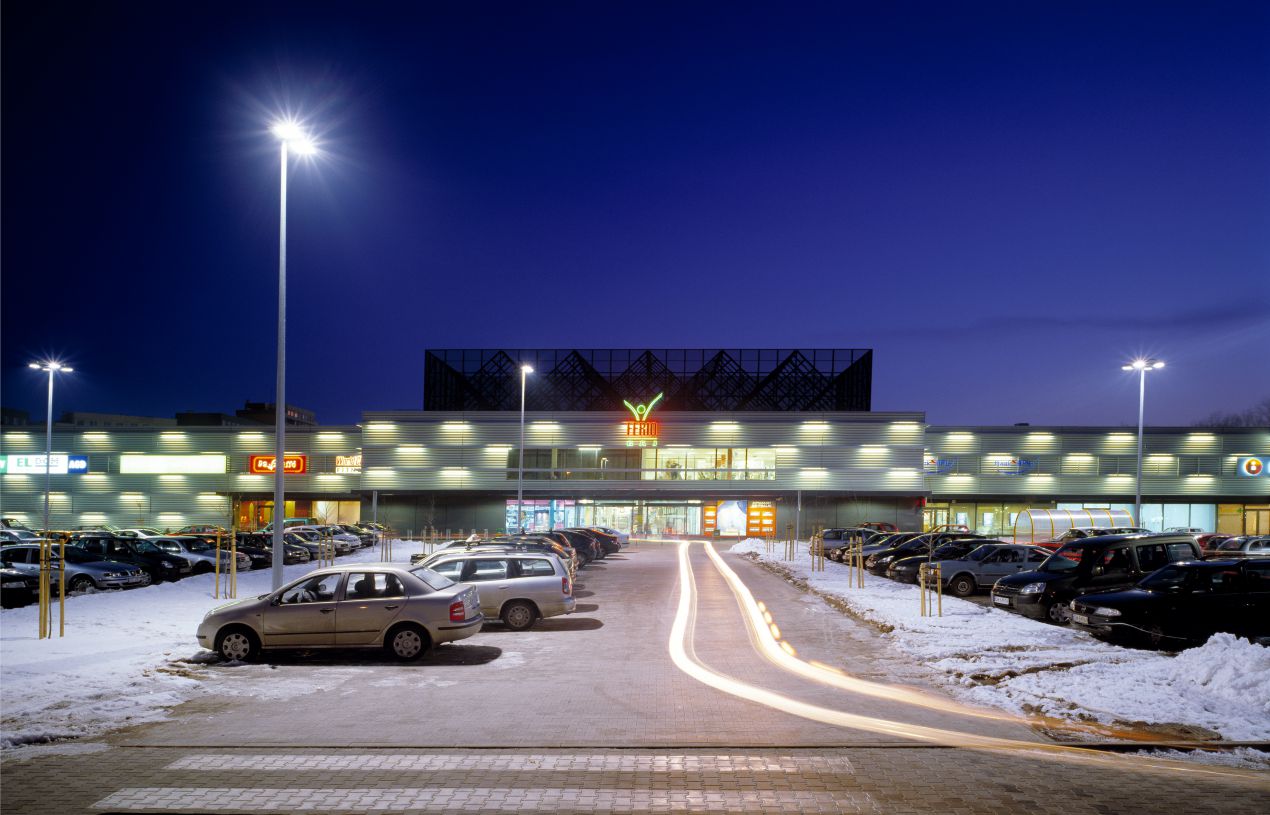 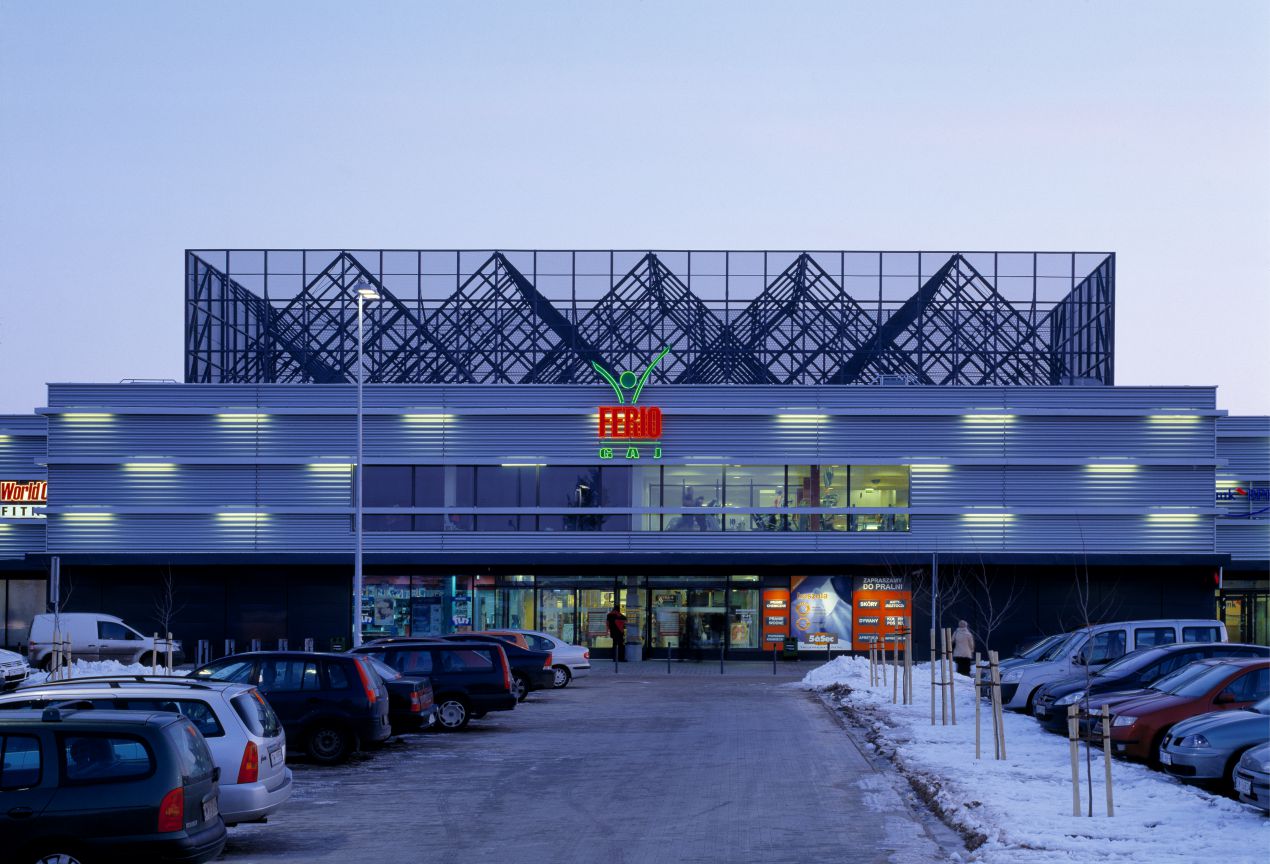 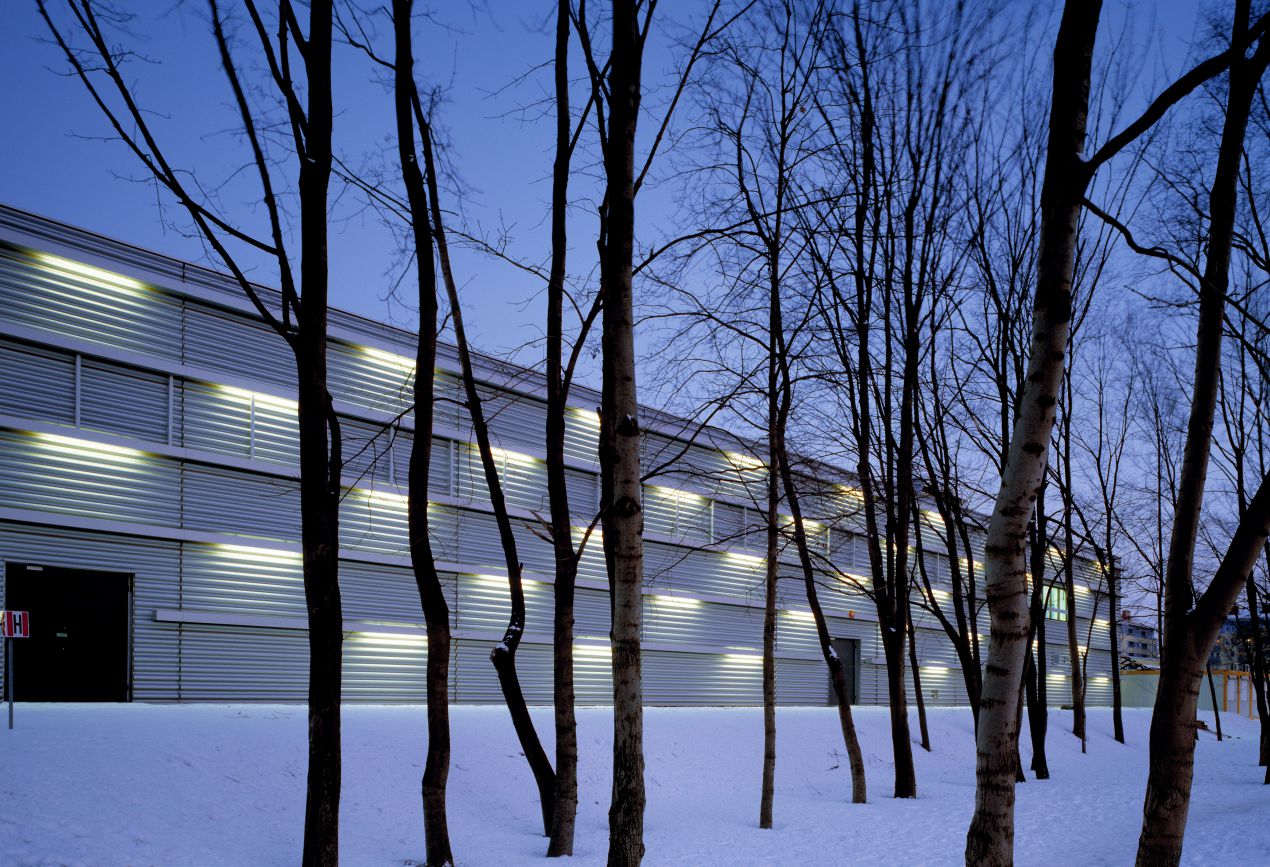 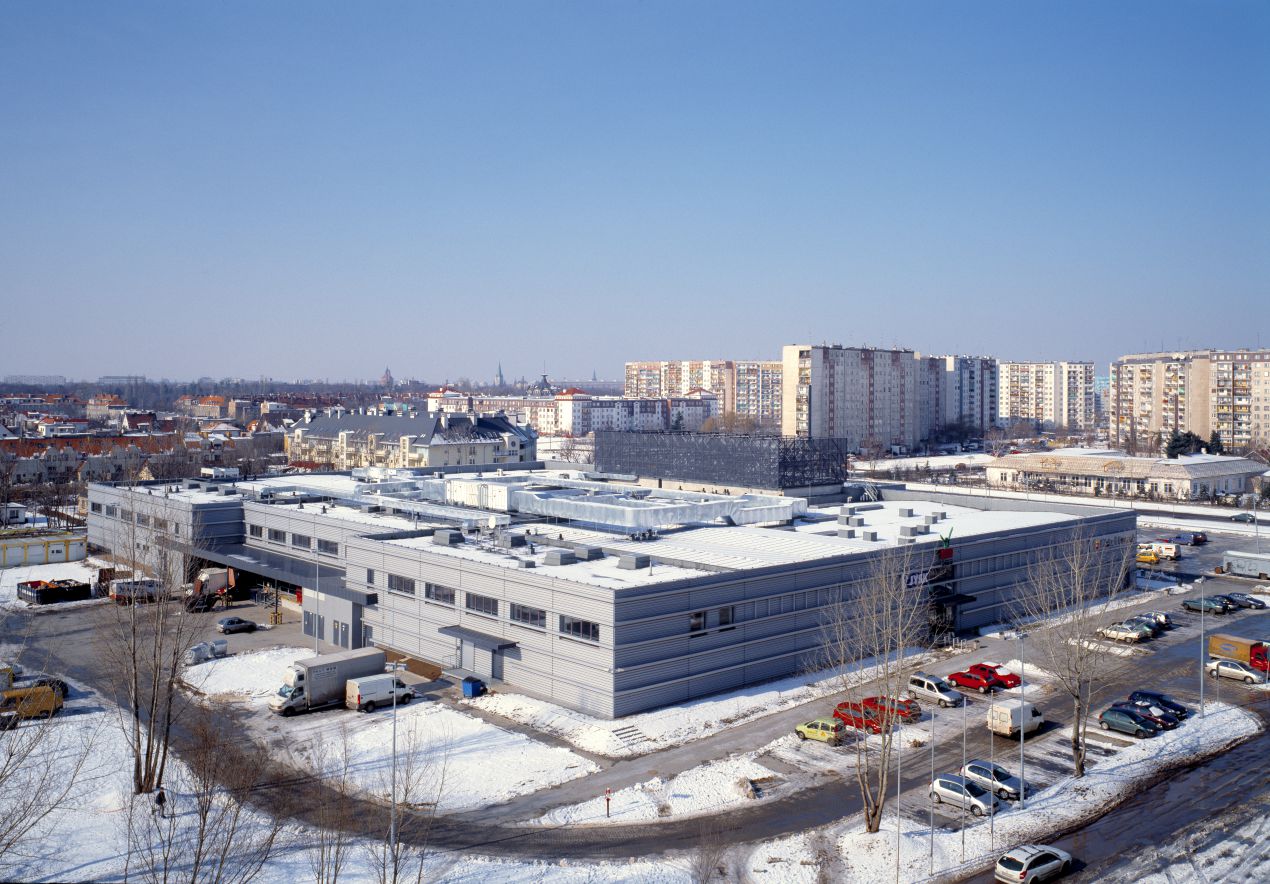