If someone had ever told me that we were going to reconstruct a building, I probably wouldn’t have believed. But, obviously, in architecture as in politics – never say nerver. Sometimes you have to solve a complicated puzzle in which the missing piece is the whole building. And that was the case.

The story of this reconstruction is a bit like the story of our new architectural reality. Uncomplicated and passionate. At the vernissage on the occasion of the 80th anniversary of the opening of the WuWA exhibition in Wrocław, a few friends and I stood under a board with an image of a freshly burnt kindergarten (accidentally, of course), complaining about the times, impunity of investors and – as always – bad weather. However, if it is possible to seduce an architect with a simple projection, then such a (collective) seduction took place there. Once again it turned out that a good plan is the ticket to the second life of a historical building. And that Vitruvius’ triad is not a list of points but a system of functions, where Firmitas is linearly proportional to Utilitas.

After the enlightenment at the exhibition, the events unfolded rapidly – as they do in our soldier everyday life. A brave and far-sighted decision by the local authorities to donate the site to the Chamber of Architects, months of efforts to obtain EU subsidies, an instant reconstruction project and construction at a record-breaking time of five and a half months. During this reconstruction there were many basic questions: exact location, details, colour. The thorough detective investigation with great support of the conservator brings a reward – a paddling pool discovered by accident at the end of the project confirming that the building is perfectly aligned.

Finally there it is! There will be a new home for architecture and architects. A permanent address which is an integral part of the profession’s raison d’être. Soon there will be an architectural film klub, a permanent exhibition of WuWa, lectures, workshops and exhibitions for young people. But that’s a quite different story. 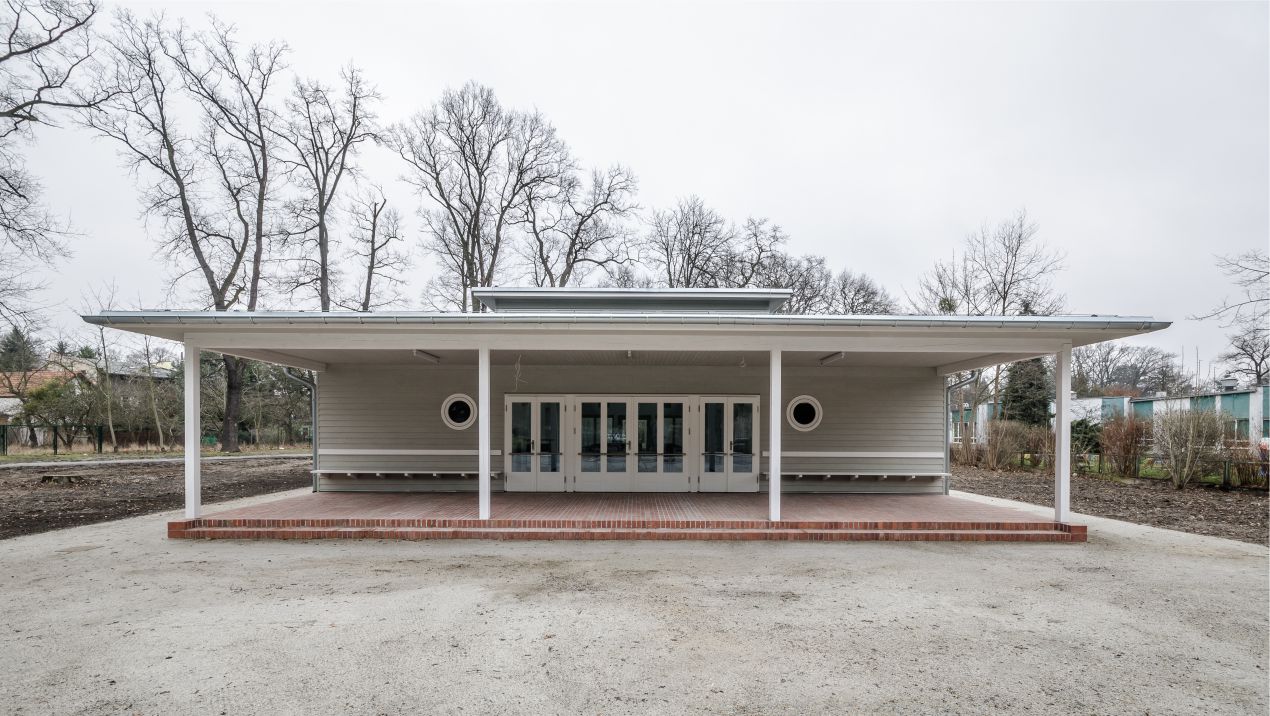 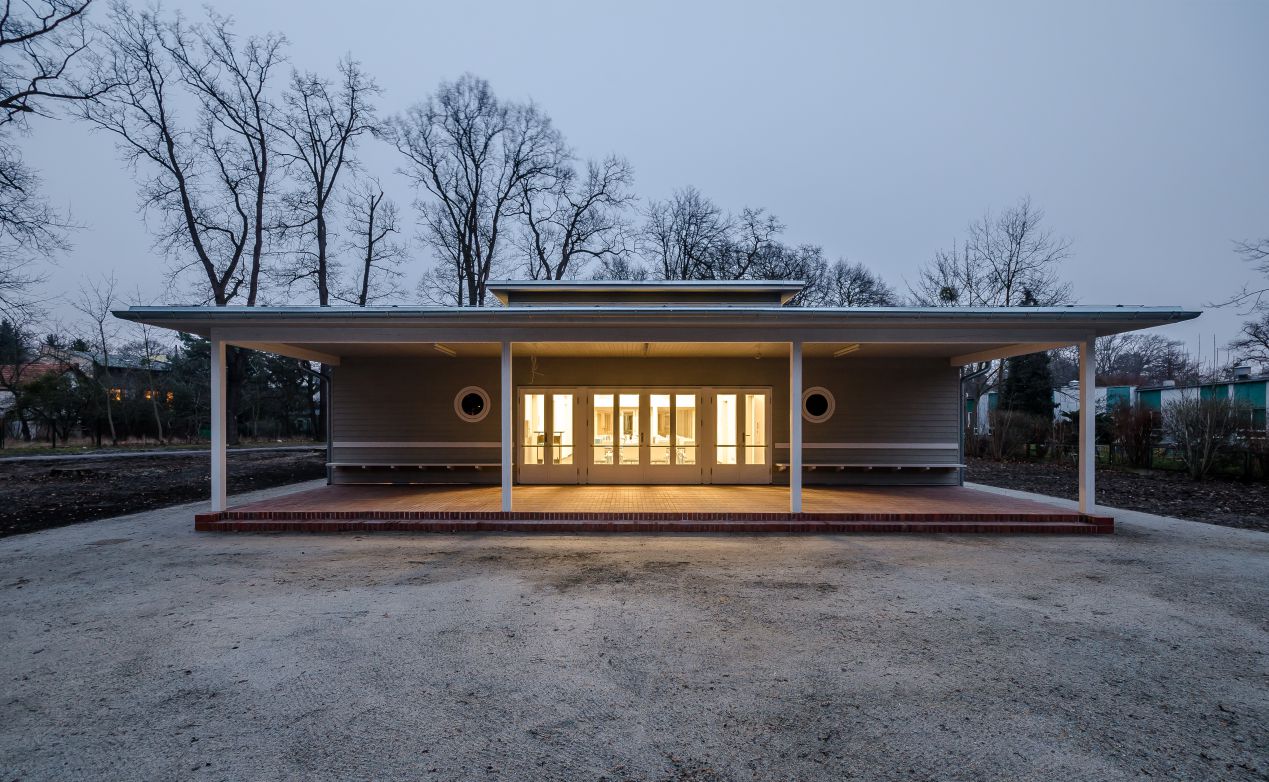 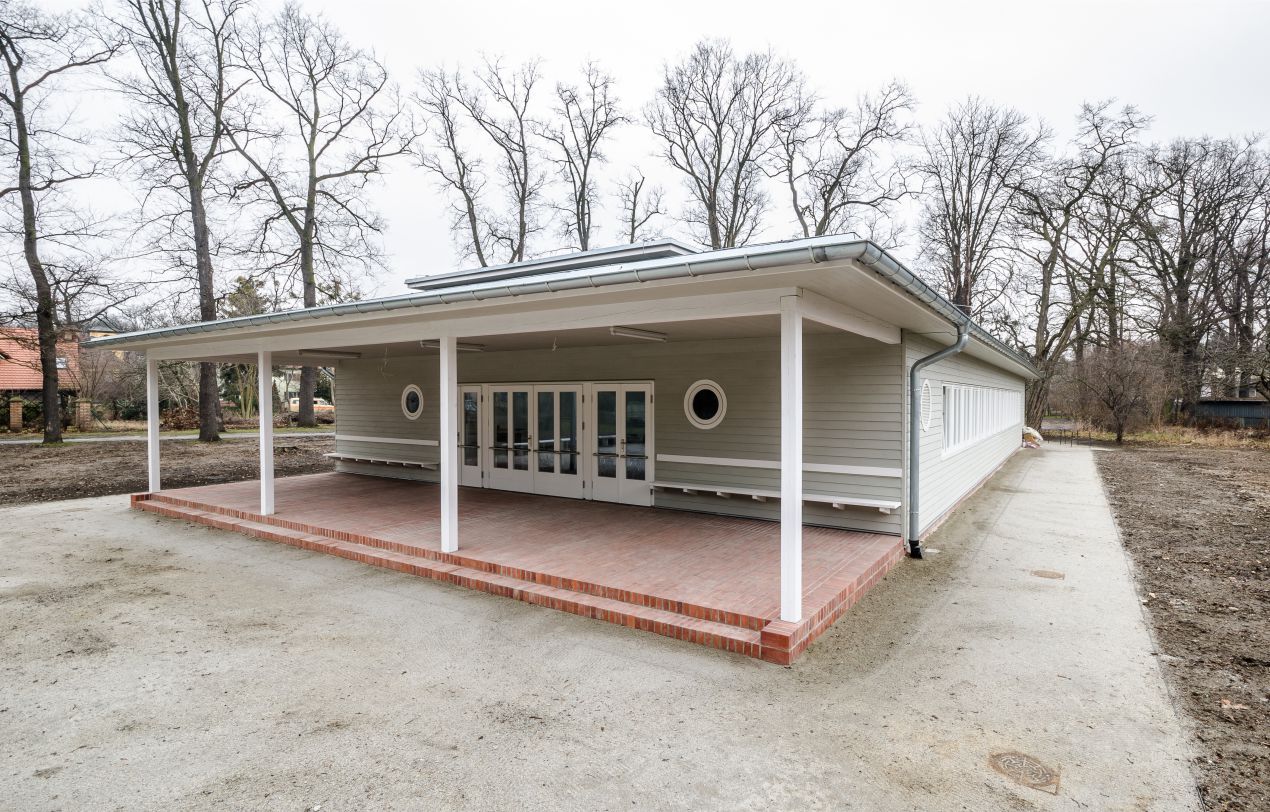 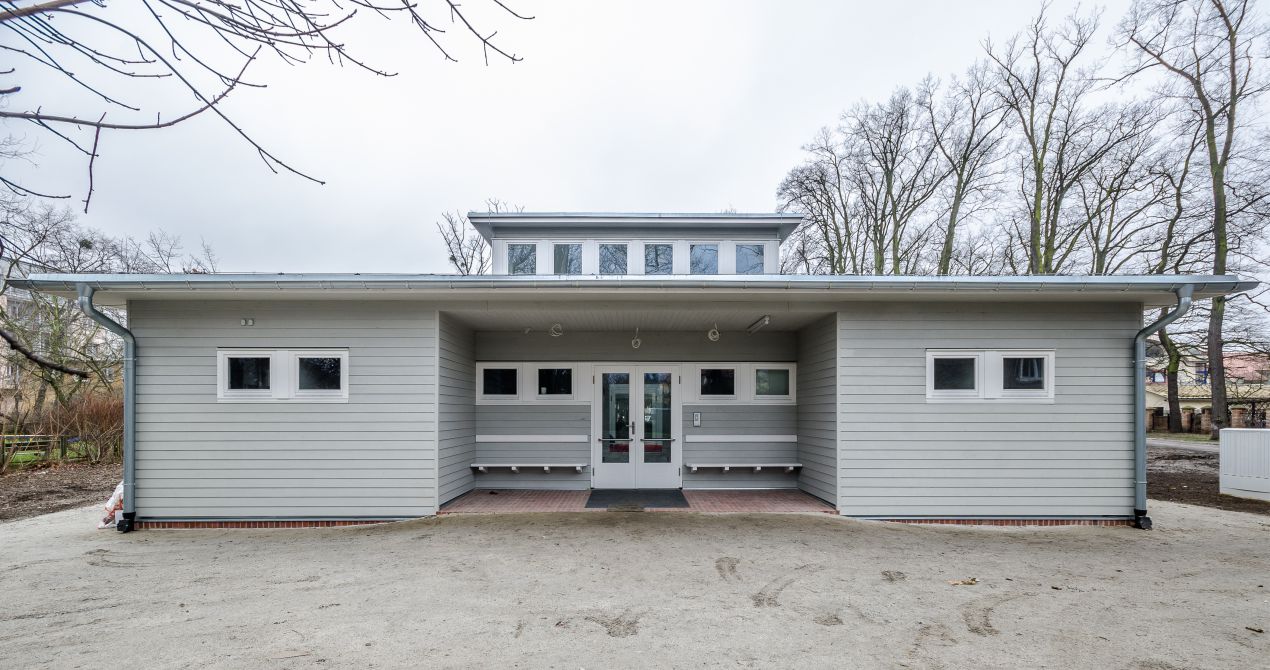 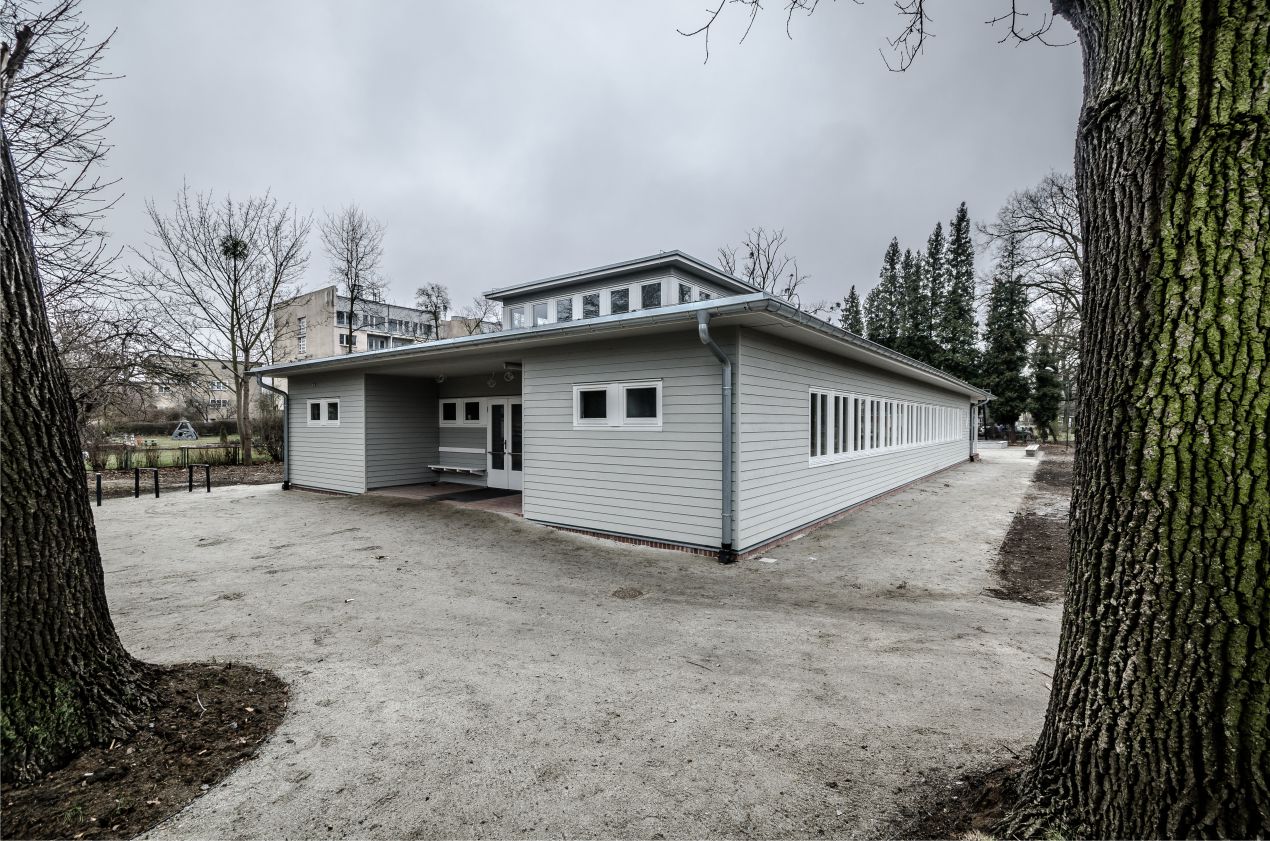 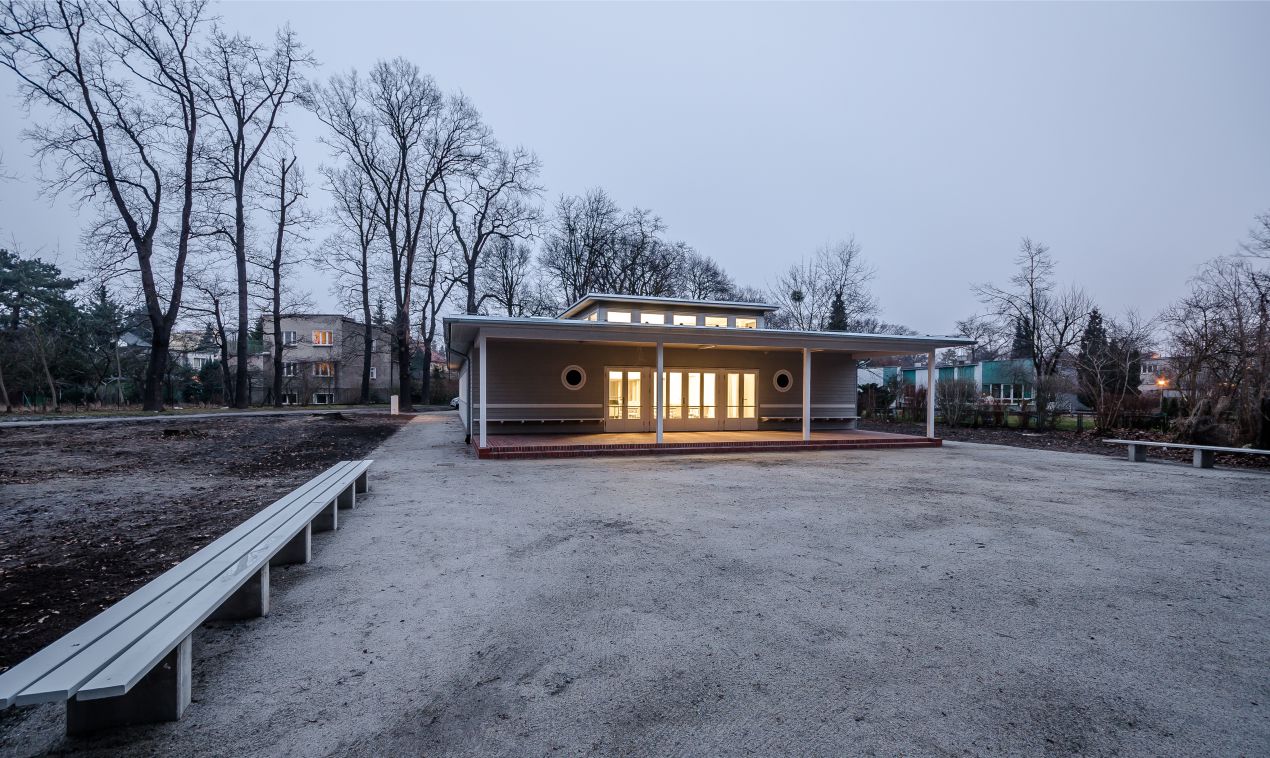 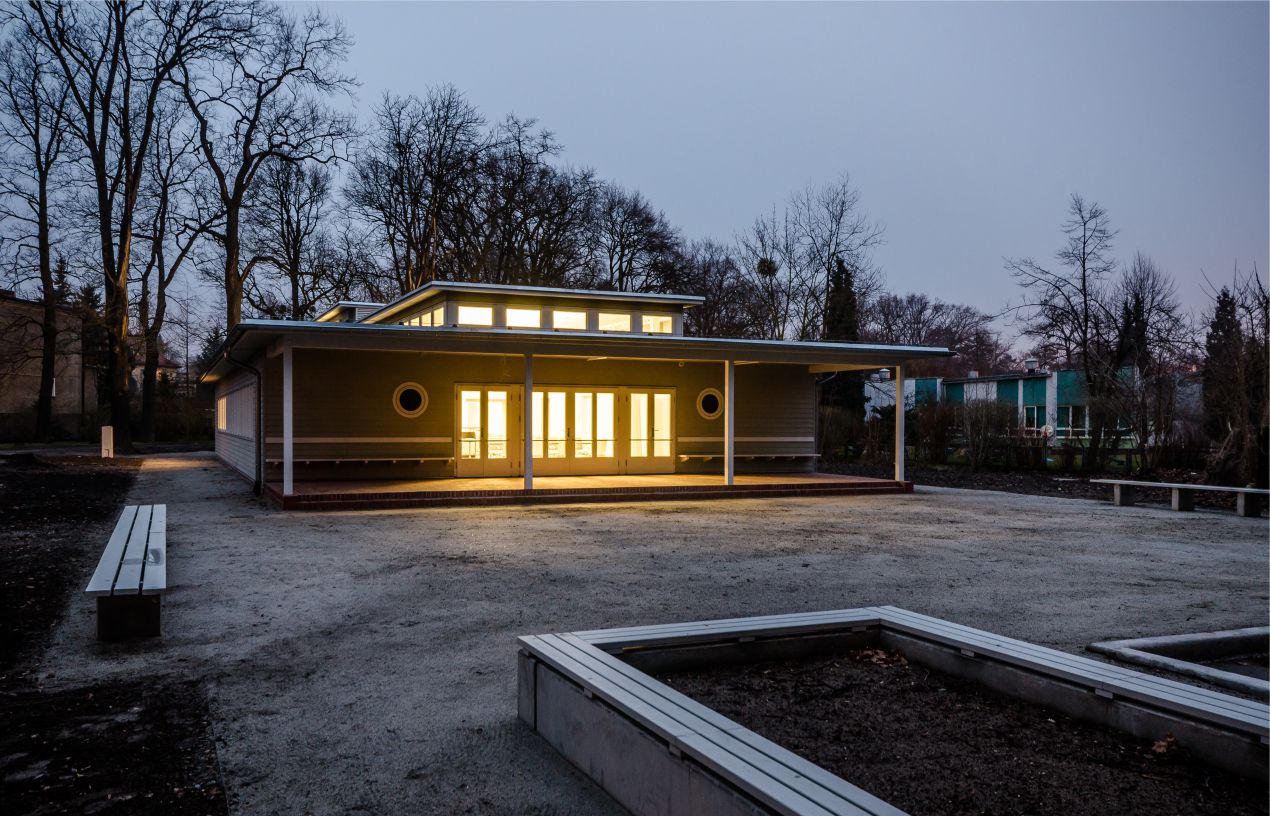 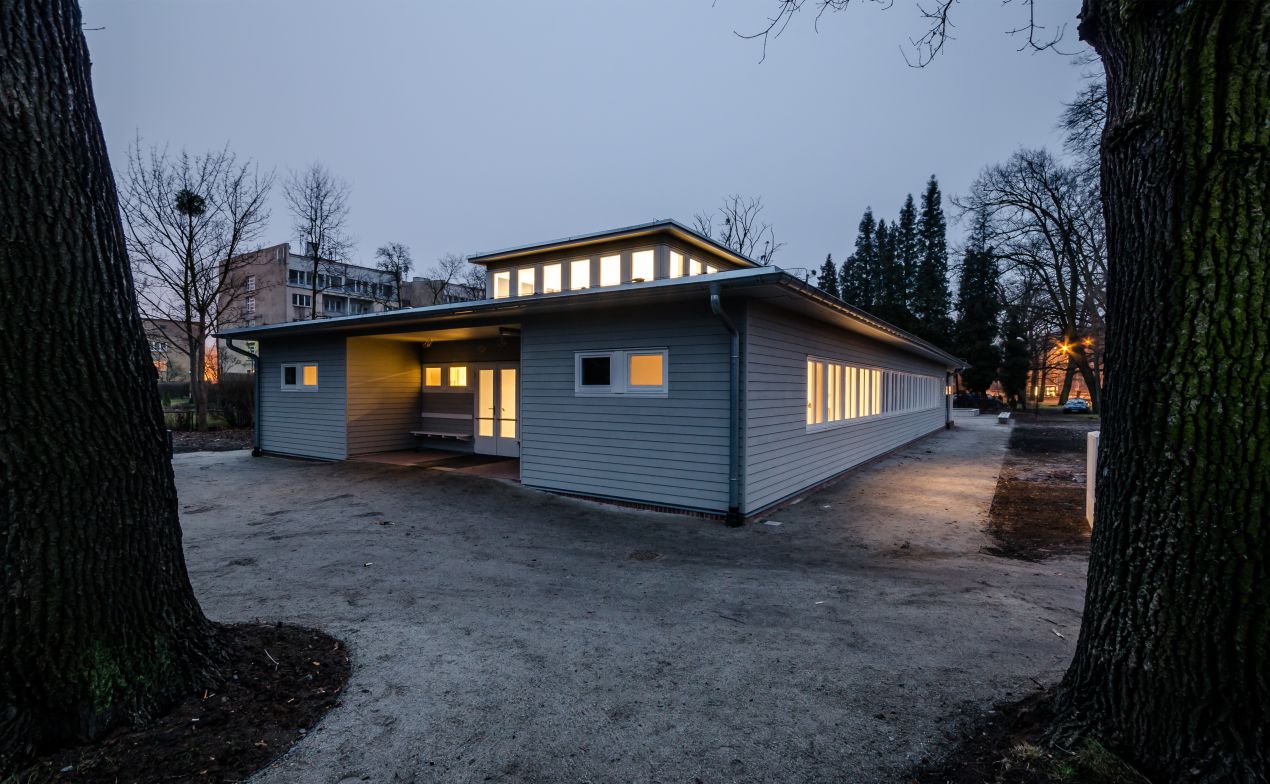 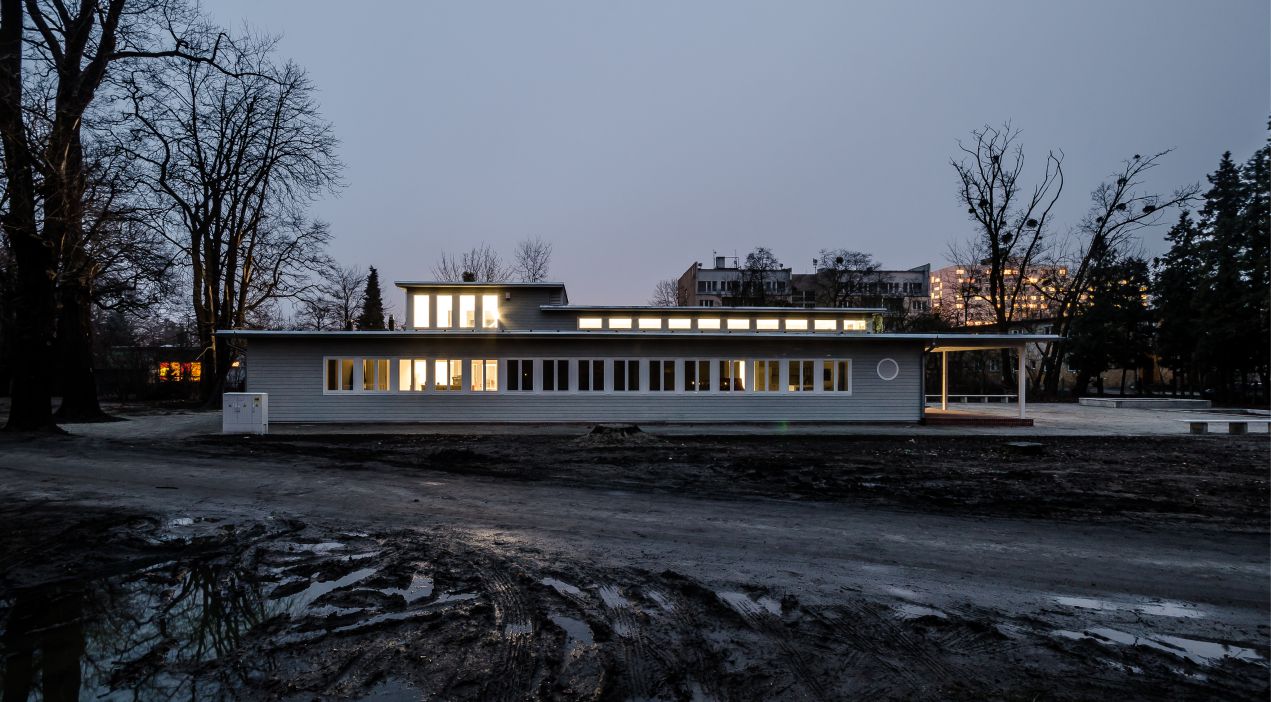 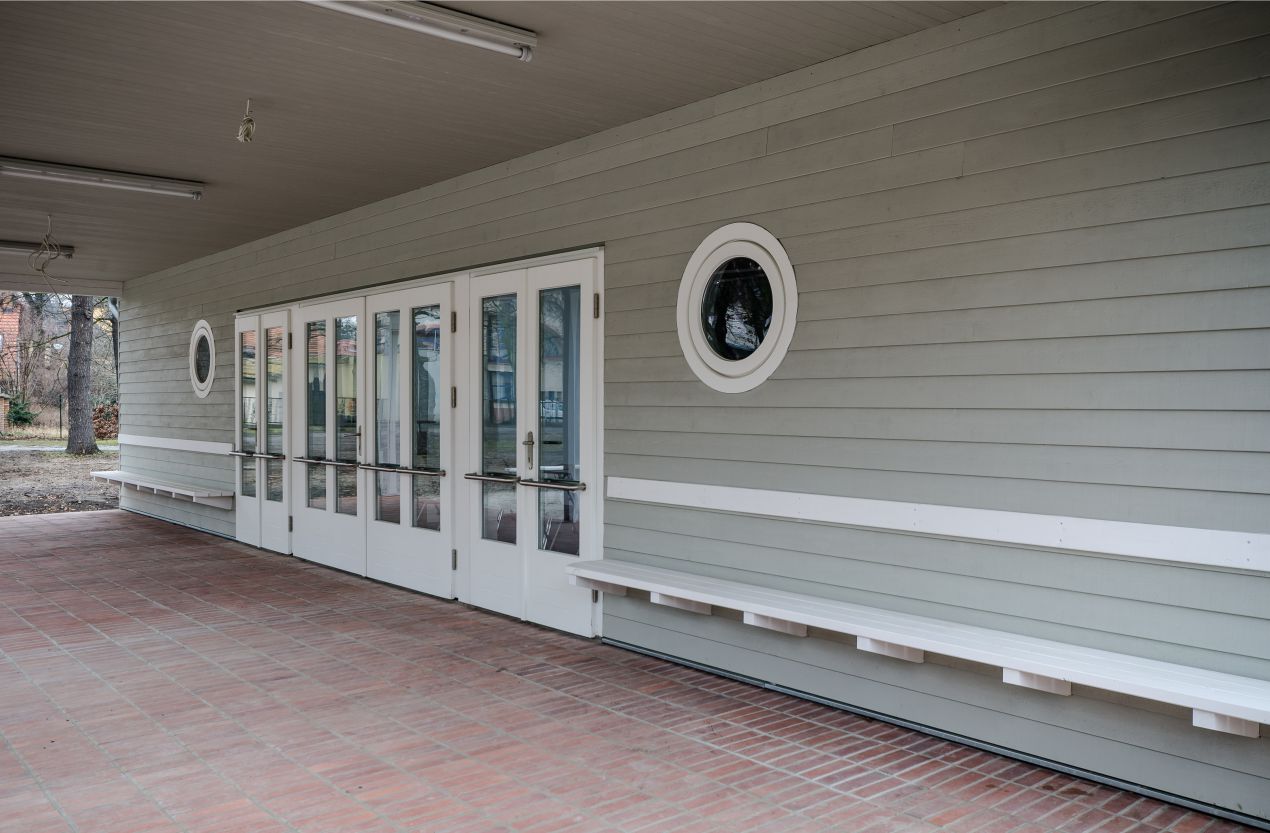 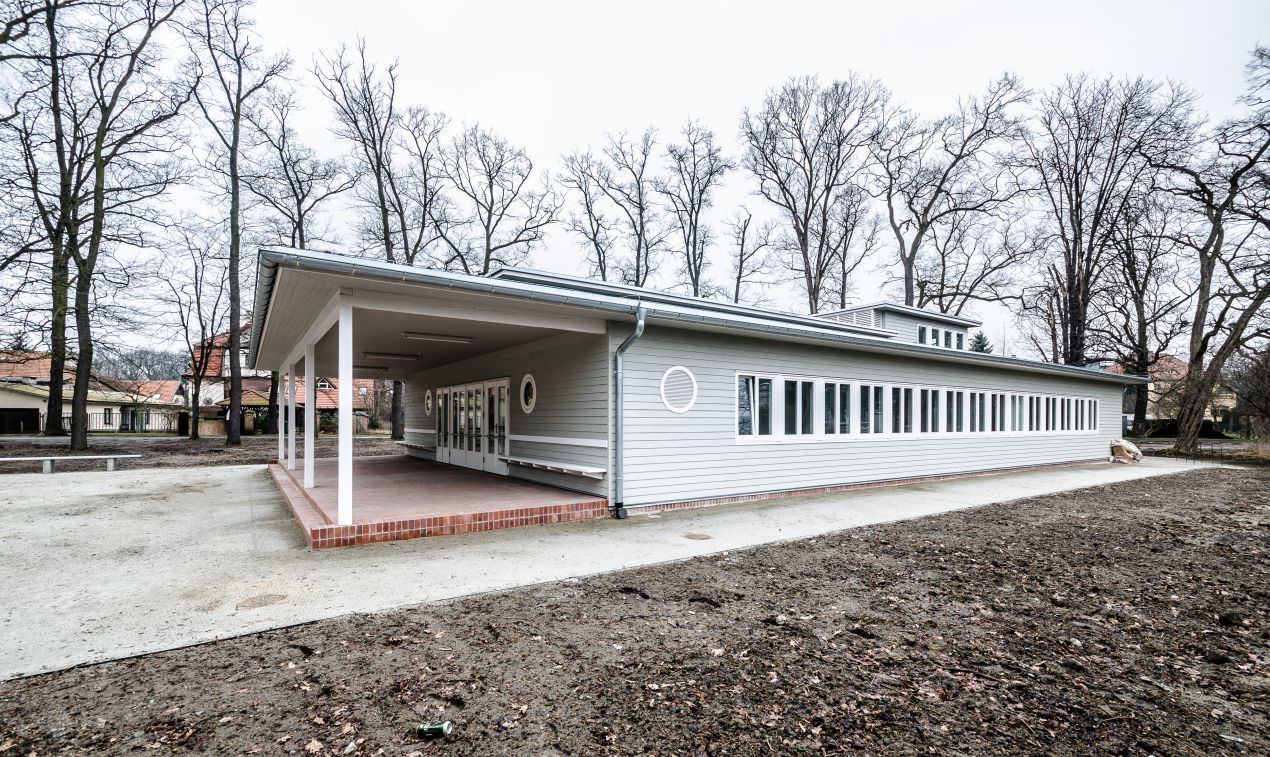 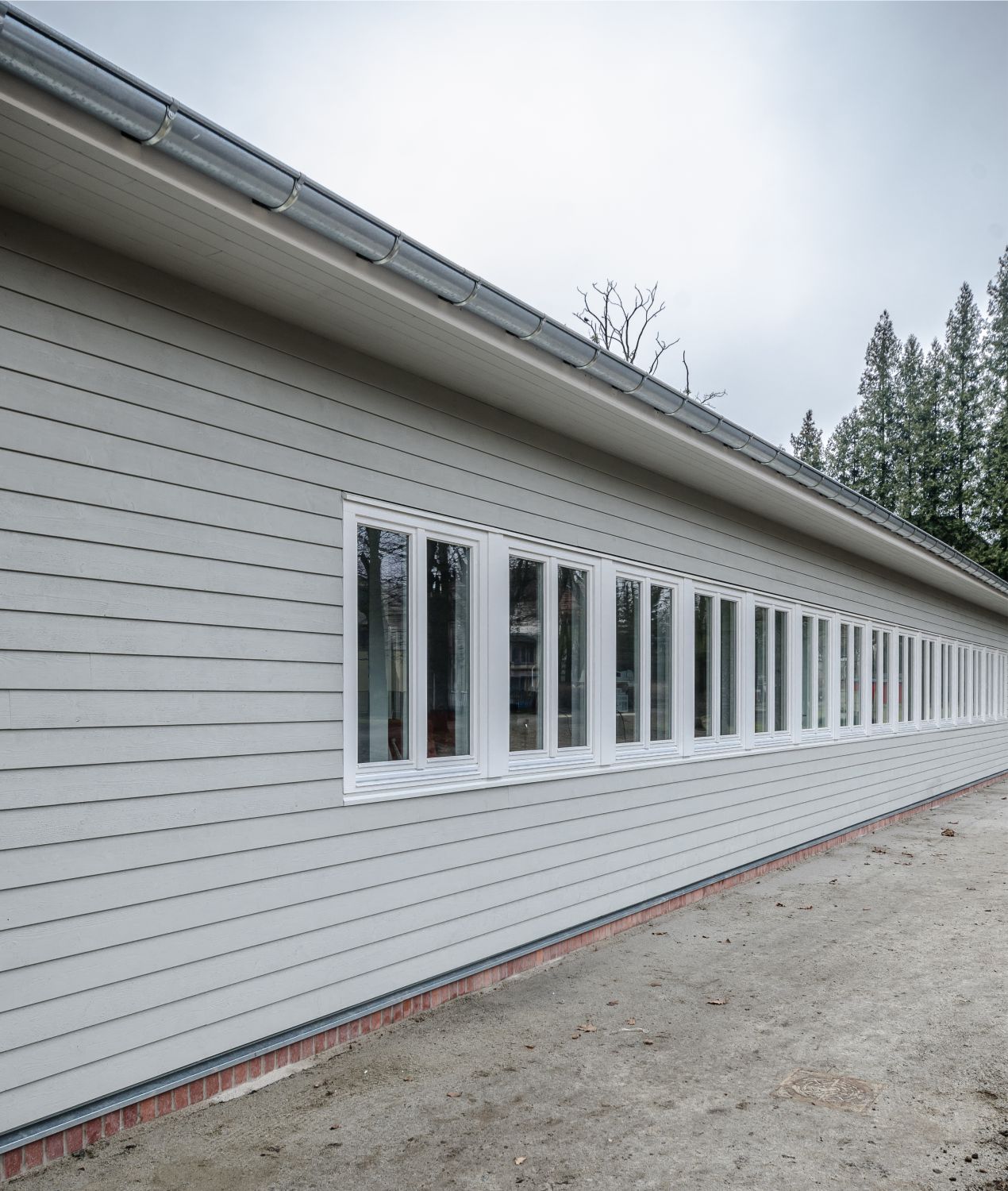 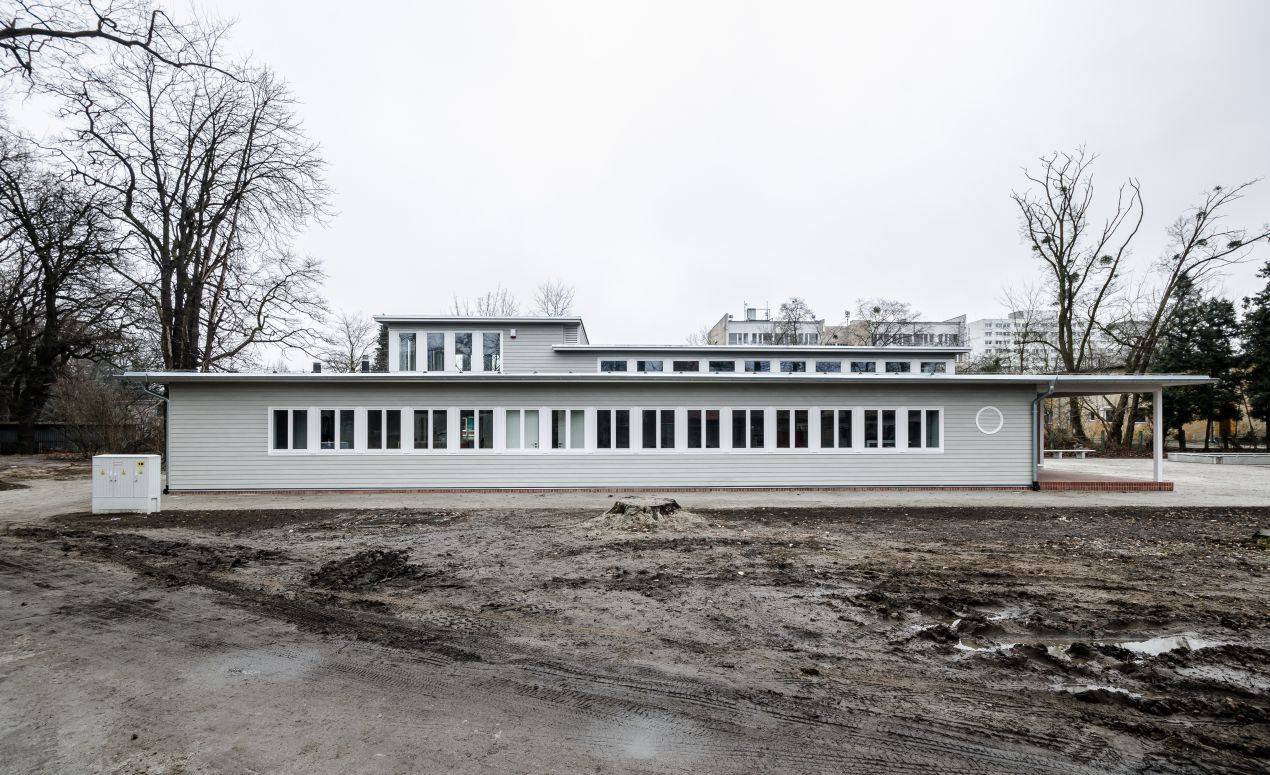 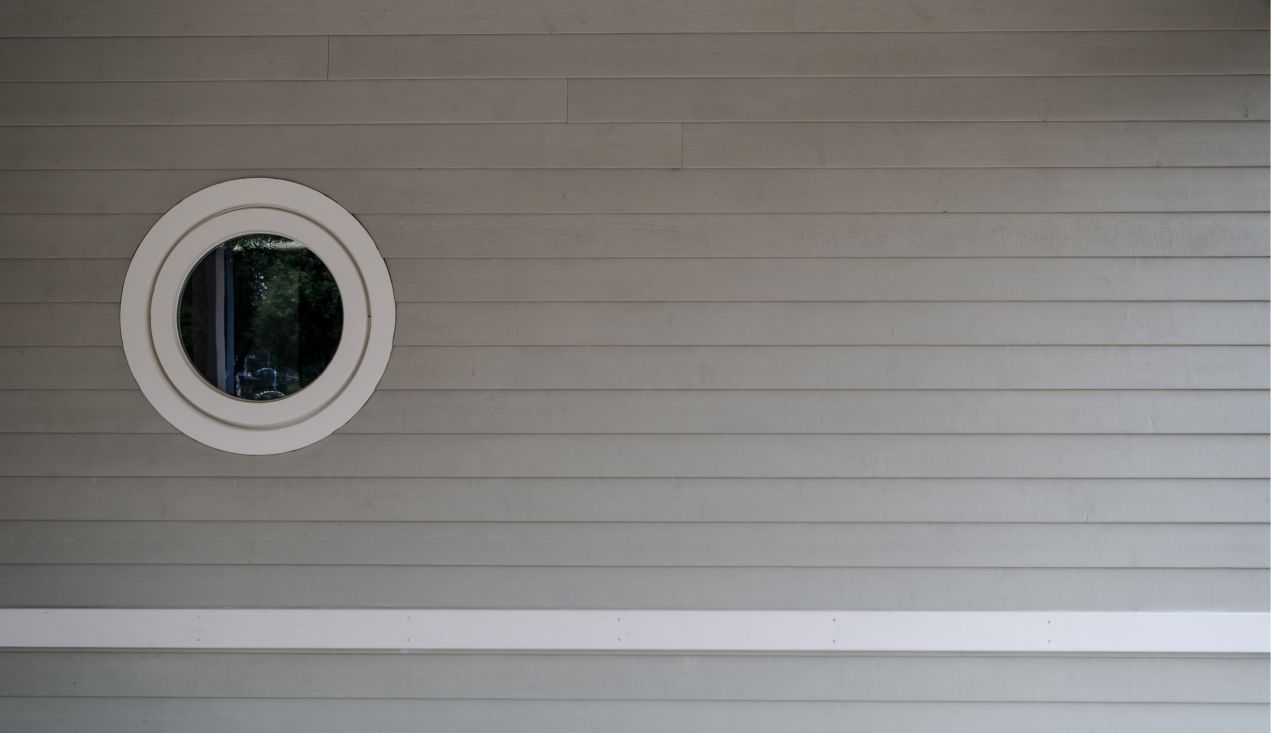