Virtually all important decisions concerning the design stemmed from the location. The matrix of the necessary solutions was dictated by the situation of the plot near a park and close to a busy thoroughfare, where city understood as a dense fabric of interconnected quarters no longer exists. This was the starting point for a series of decision processes. The first priority – to save as many trees as possible – was achieved by inscribing the building into the outline of the previously existing object (a swimming pool with auxiliary facilities). By trying to fit the body of the school into gaps between loosely scattered trees, we not only minimised the number of removed trees, but also came up with a simple, almost typologically banal building.

The functional layout of the school was designed to ensure a very clear sense of direction inside the building, its zoning and optimal lighting of classrooms.

The functional division of the building is based on a lobby which simultaneously serves as a hall and a recreation zone while separating the classrooms from the busy street. Other functions (a sports hall, a library, a conference hall) are integrated with the main body by means of a space that makes it easier to manage the traffic of the main users of the school as well as guests (fans during sporting events, conference participants, readers). We decided to take this maze of functions to the extreme – the sports field is located on the roof, which saved a lot of trees.

From the side of Ślężna Street, the lobby is lined with laboratory rooms, whose specificity made it possible to use light coming from above. This decision gave us the formal incentive to suggest a dynamic composition of the façade. The windowless wall from this side ensures protection against noise. The subject of acoustics was treated with great attention throughout the design phase. The building itself – its three storeys along the entire length of the plot – performs the function of an acoustic barrier for park users. The windowless lab rooms “hanging” on the elevation reflect and break up sound waves. The classrooms, the conference room, the sports hall and the library are also acoustically insulated.

The classrooms are situated from the side of the park in order to provide them with optimal south-eastern sunlight, insulate against noise and offer unobstructed view of the greenery.

The construction of Secondary School of General Education no. 5 was delayed in time. When our studio won a national competition for the design of the school building in 2007, we could hardly imagine that the object would materialise after a decade. Such designs usually fail to stand the test of time, and we had to revisit it ten years after winning the competition. All the decisions were easy, although sometimes radical due to the specificity of the conditions. We are pleased that apart from a few minor technical corrections the building was constructed exactly as intended. 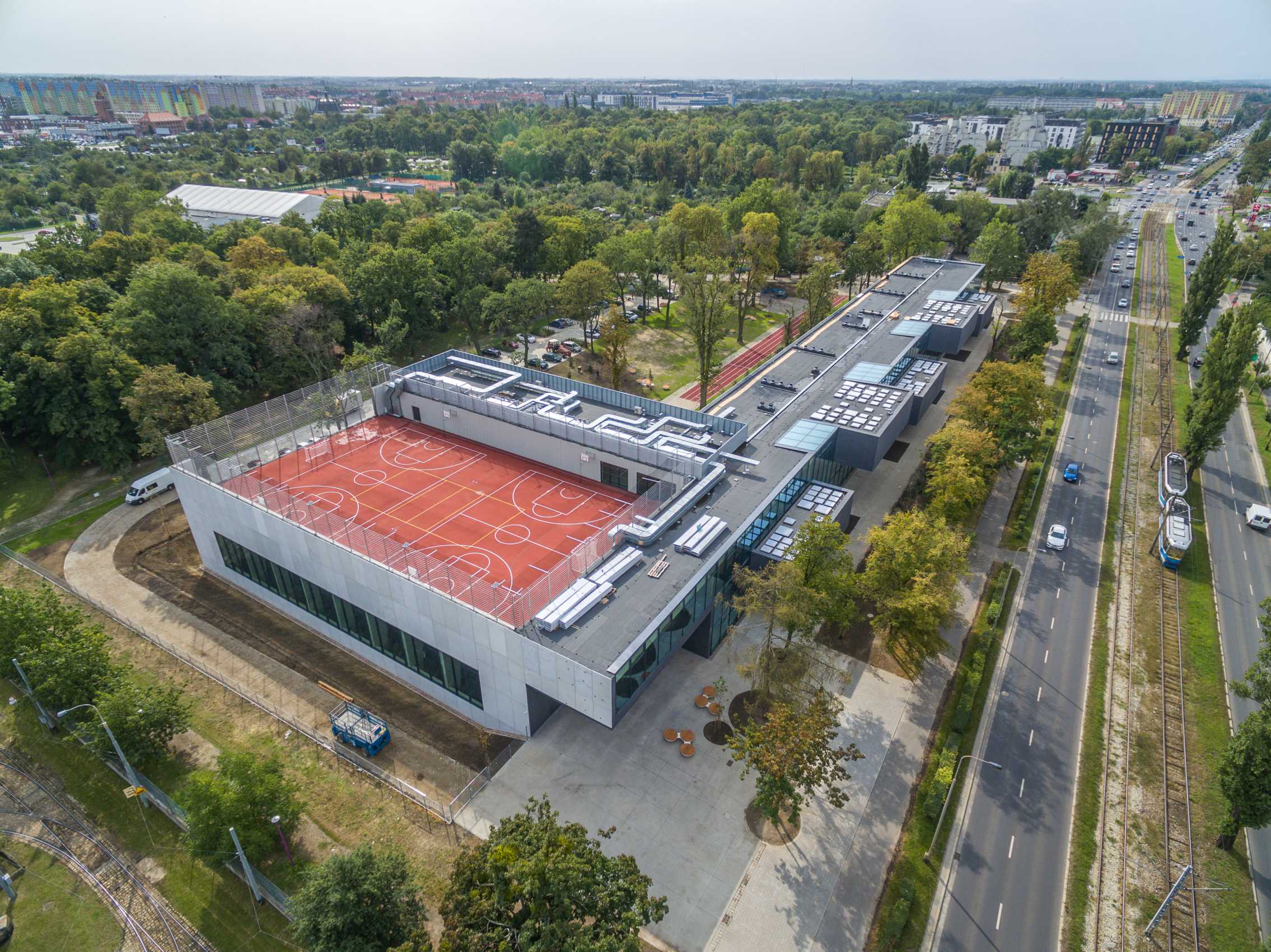 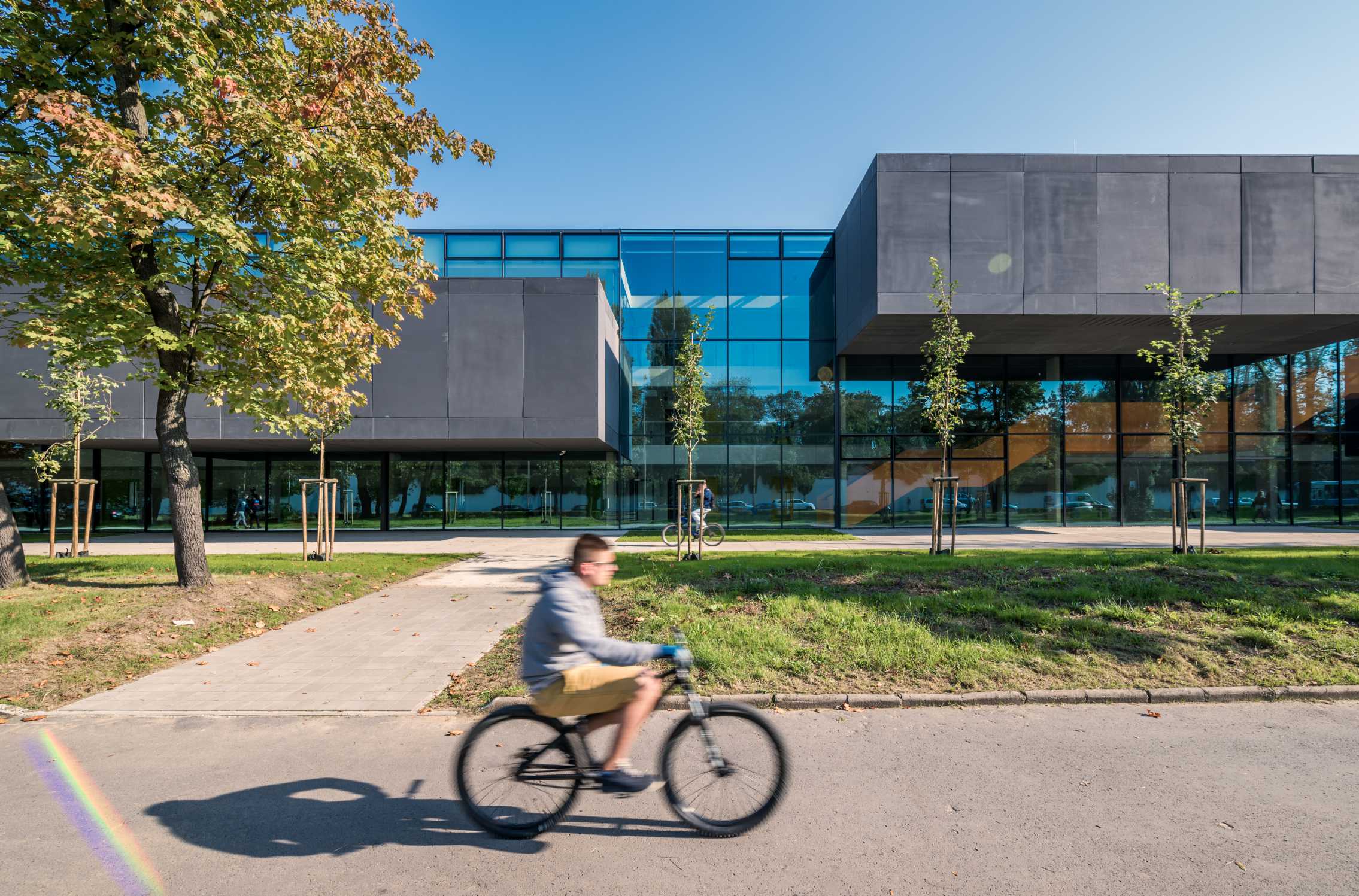 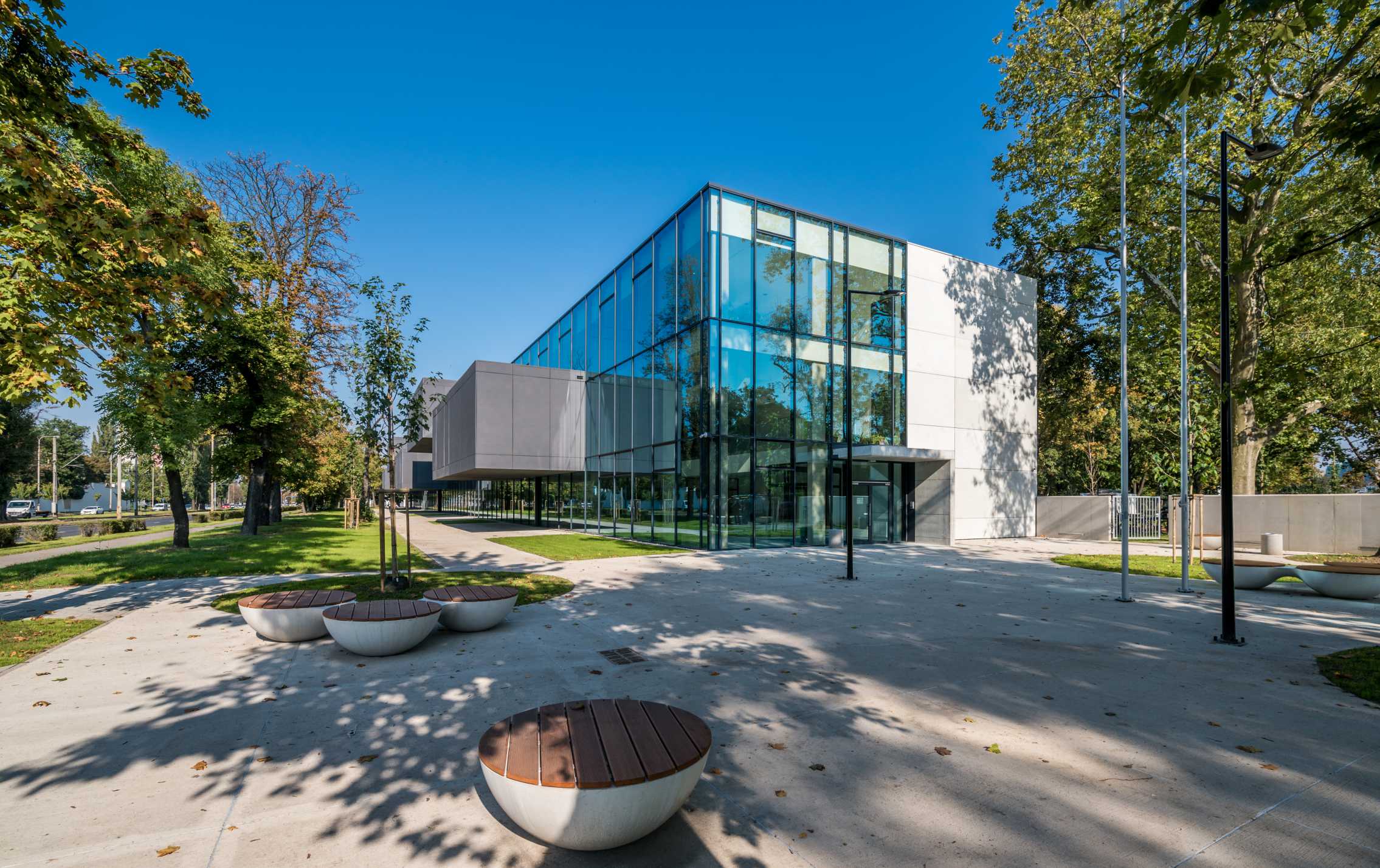 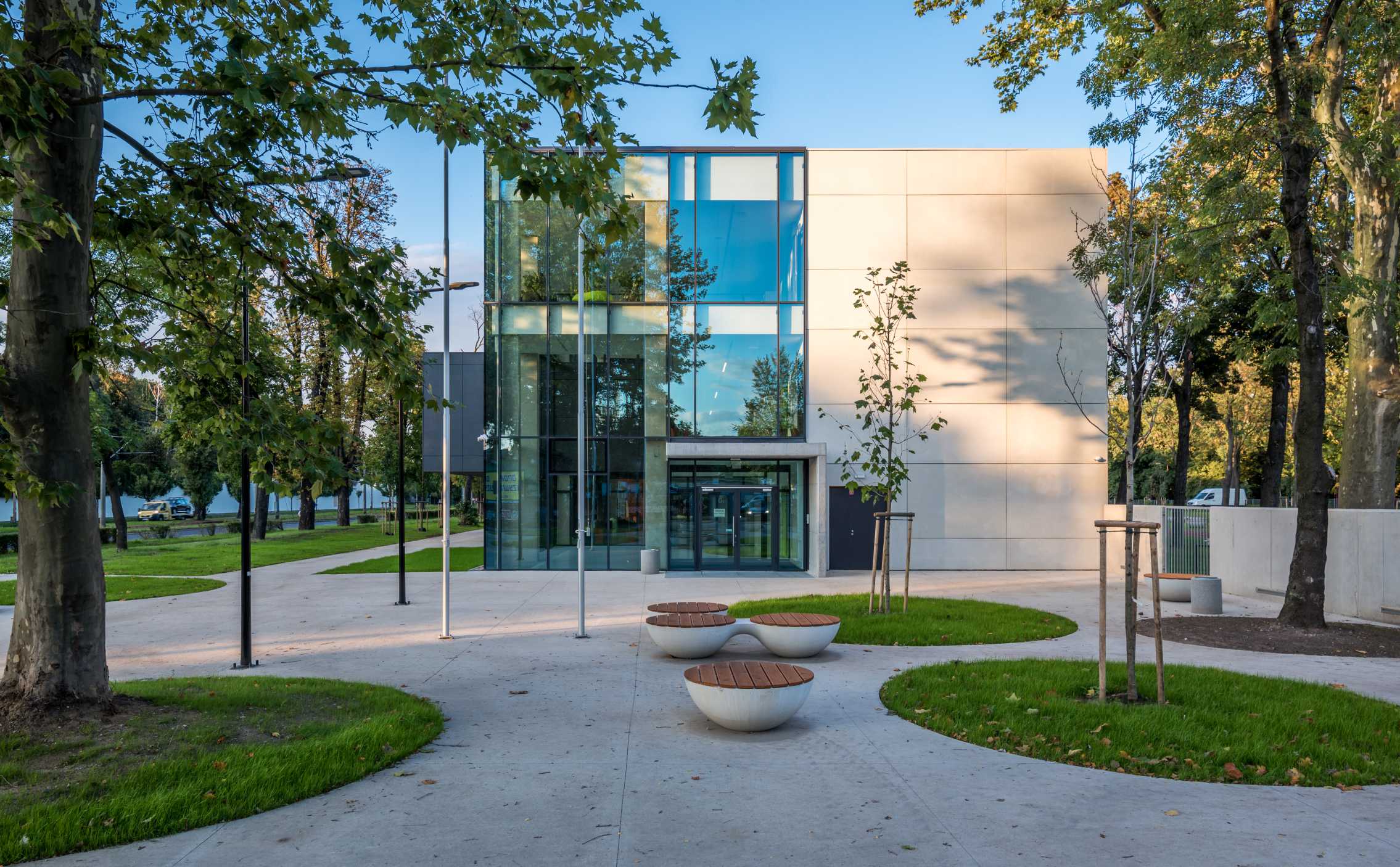 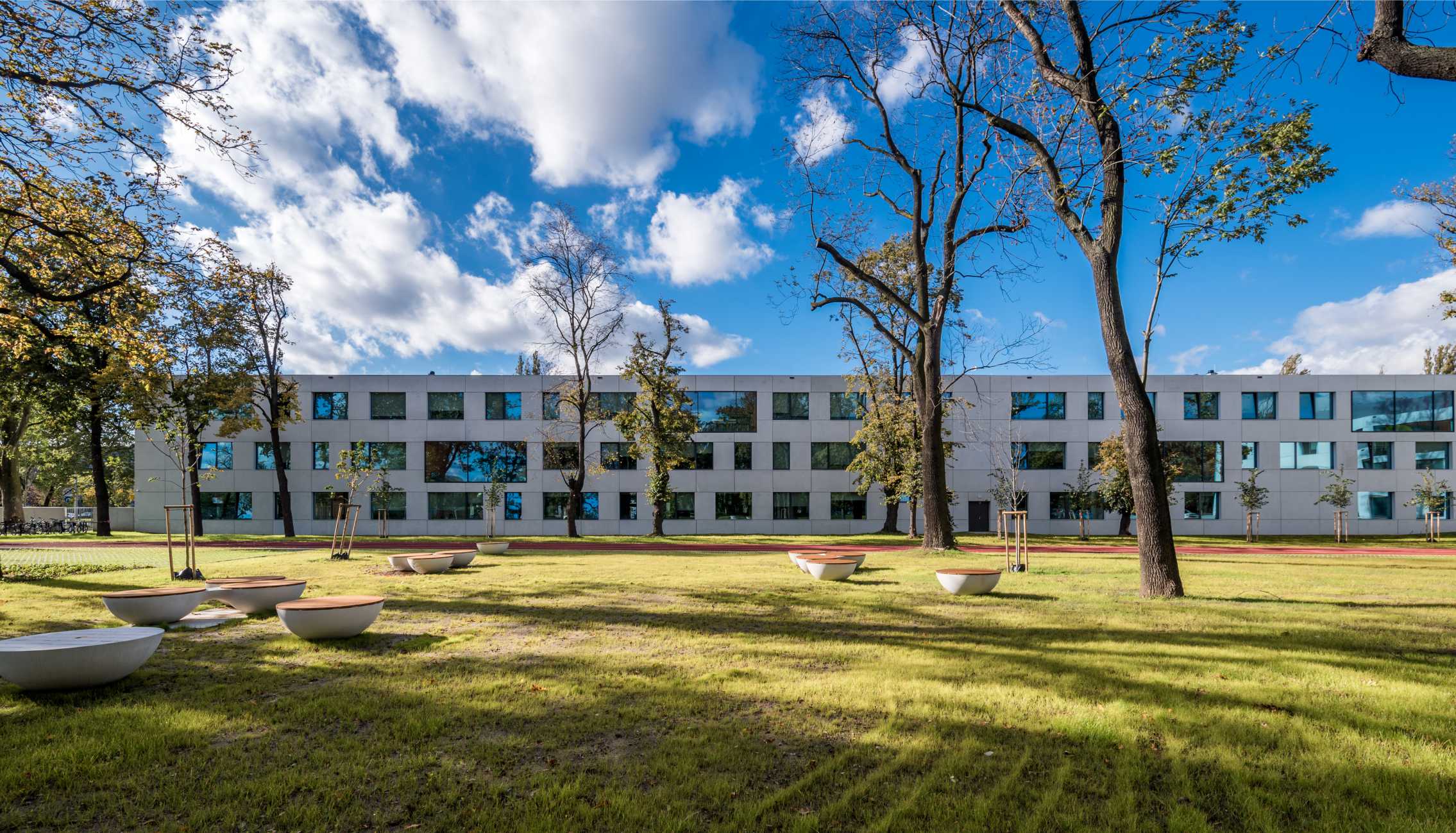 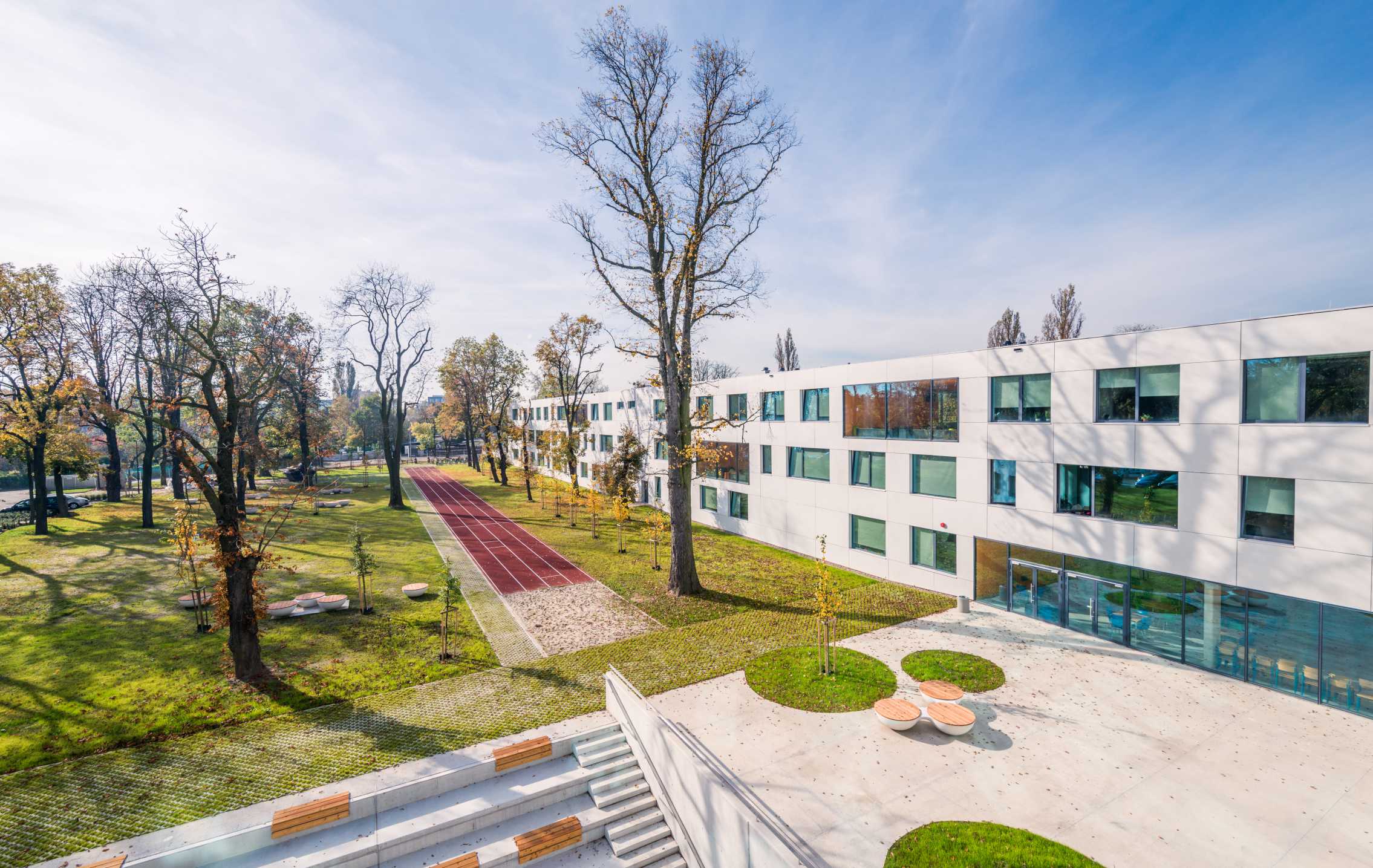 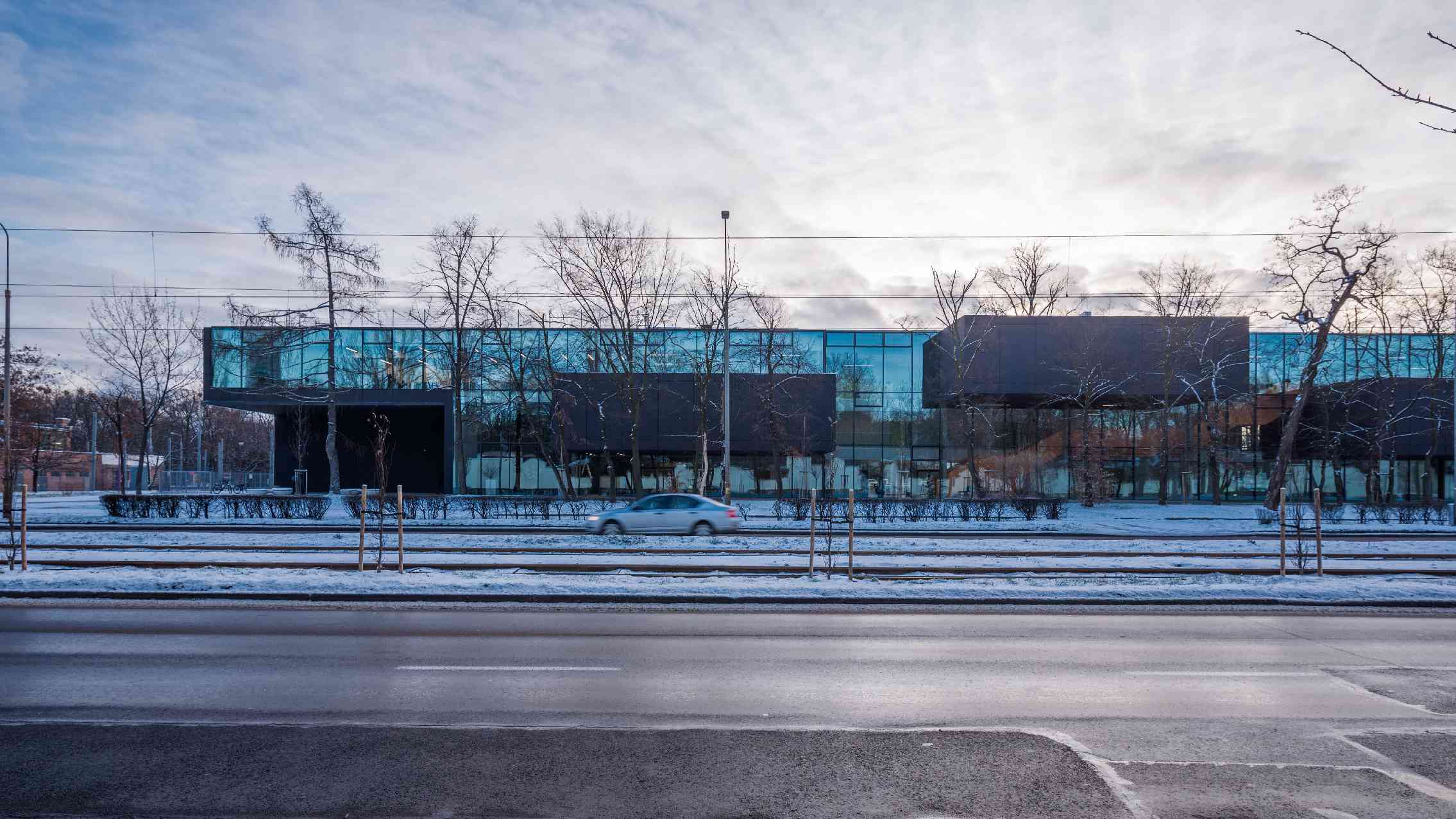 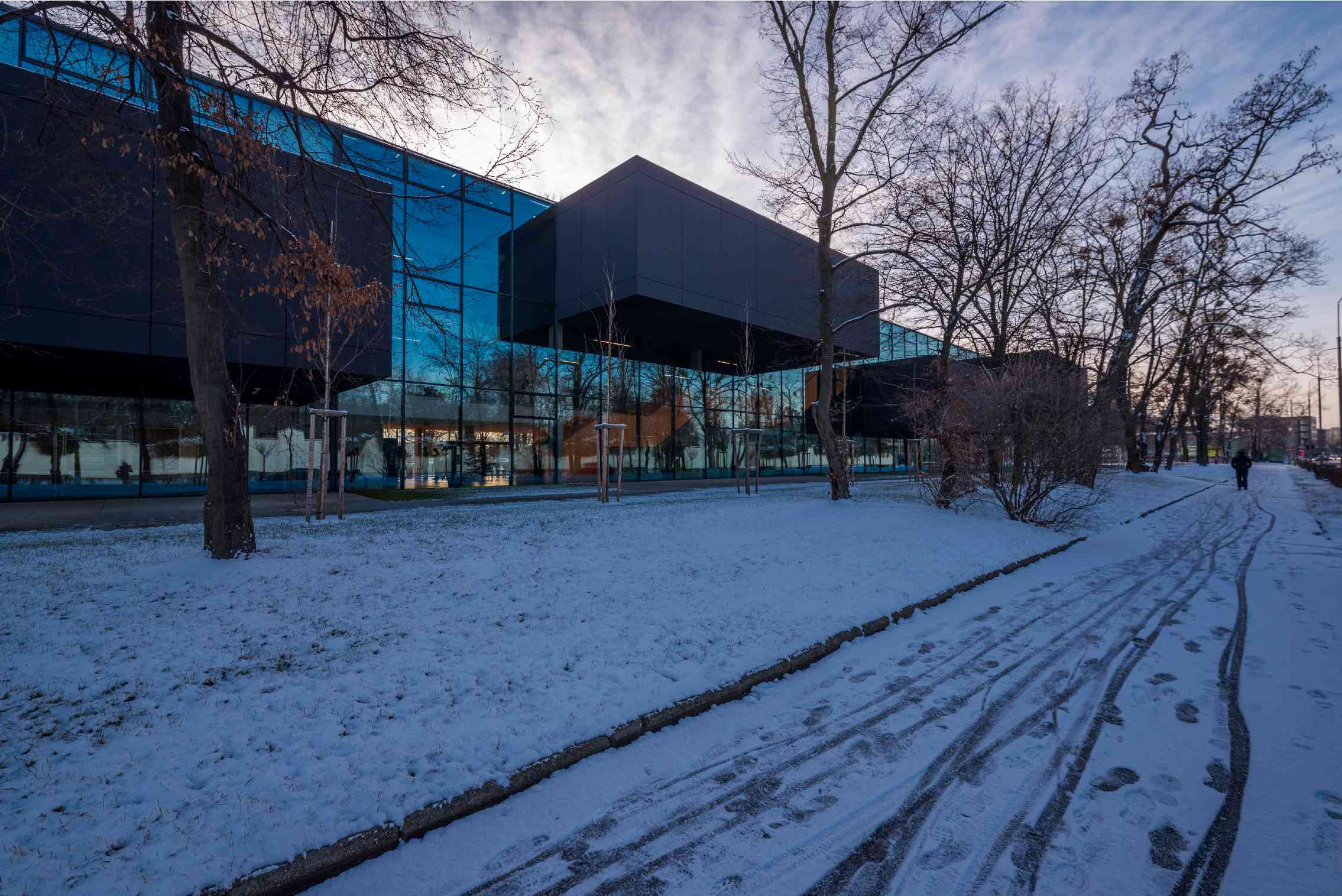 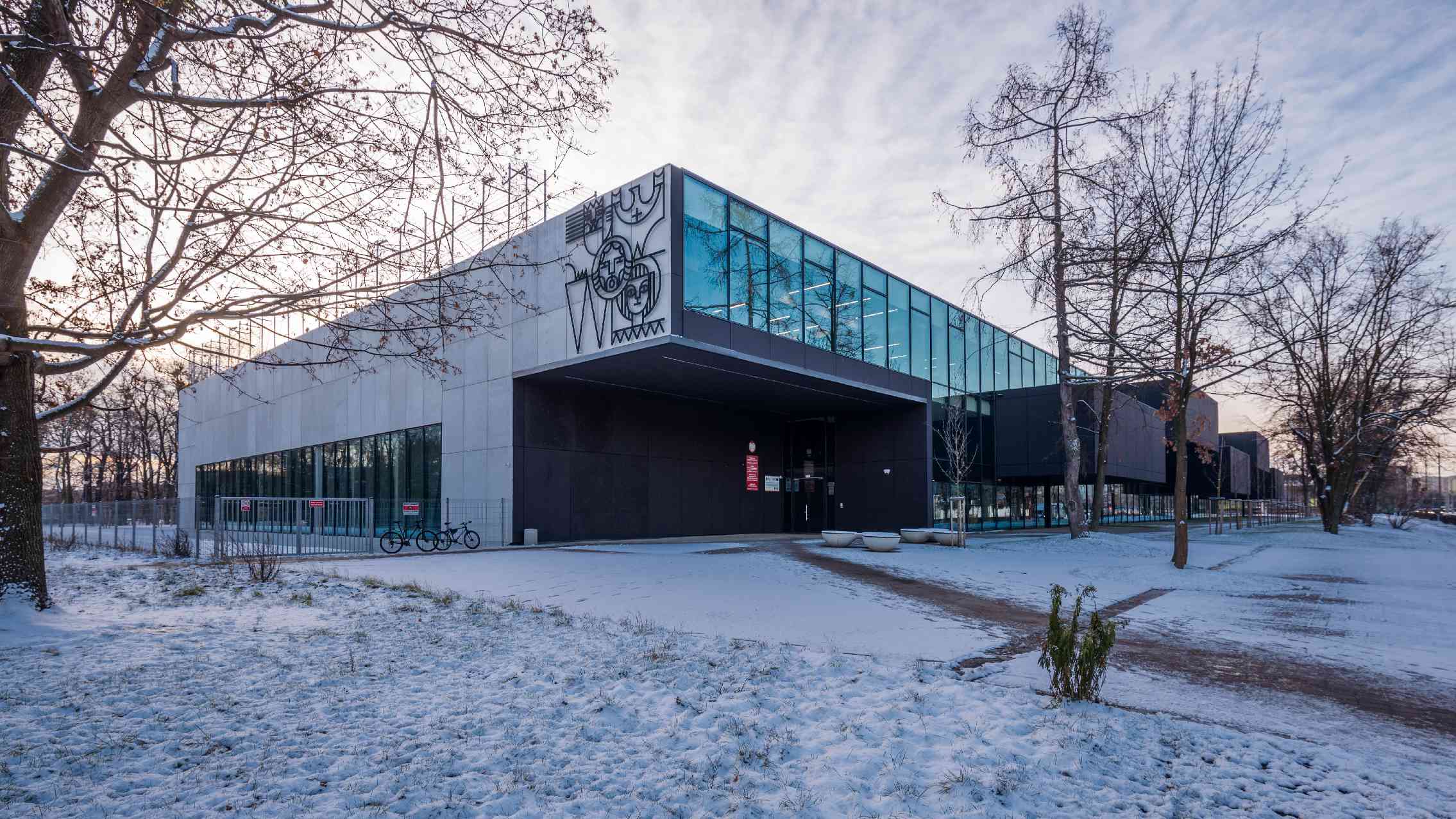 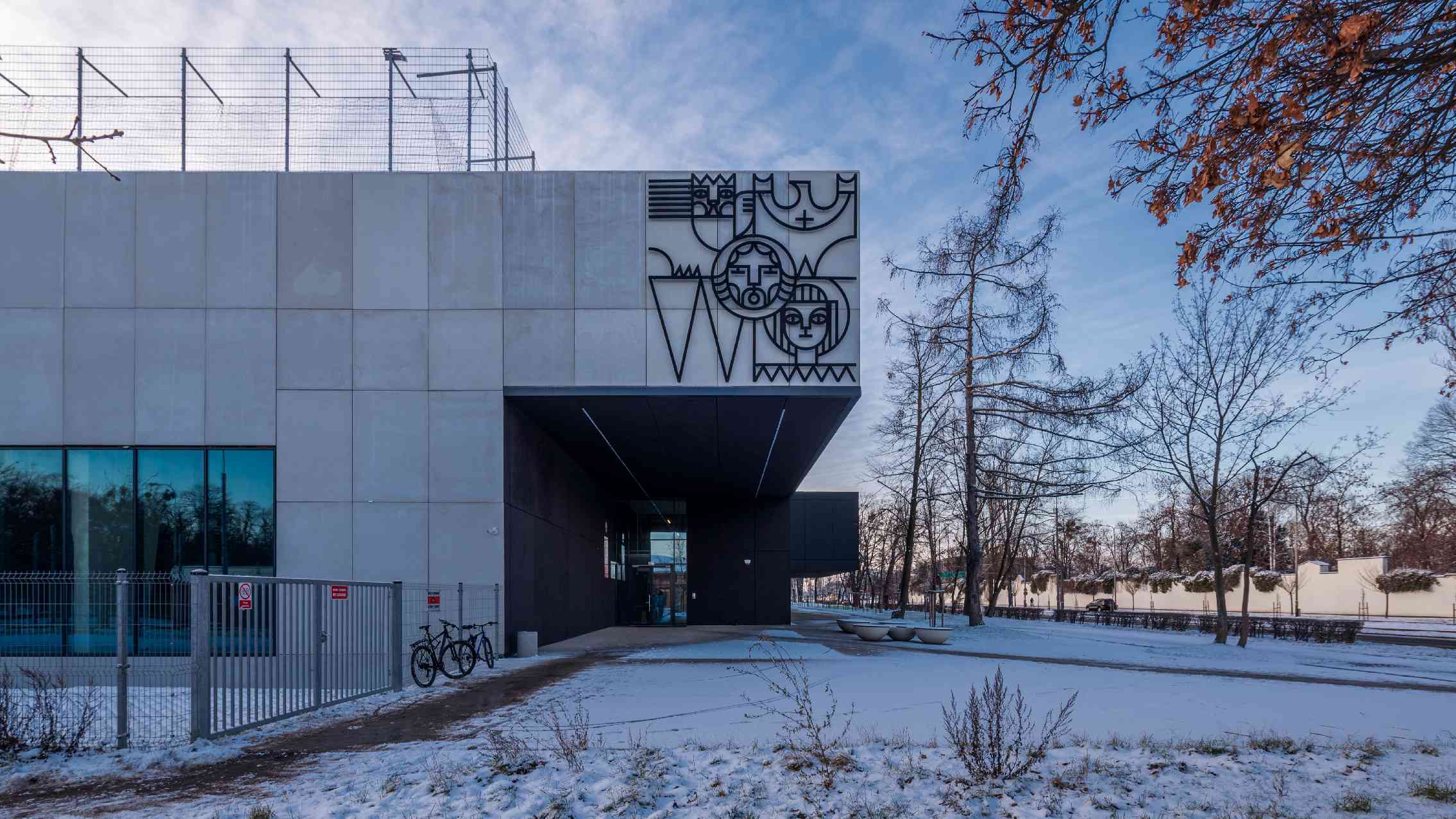 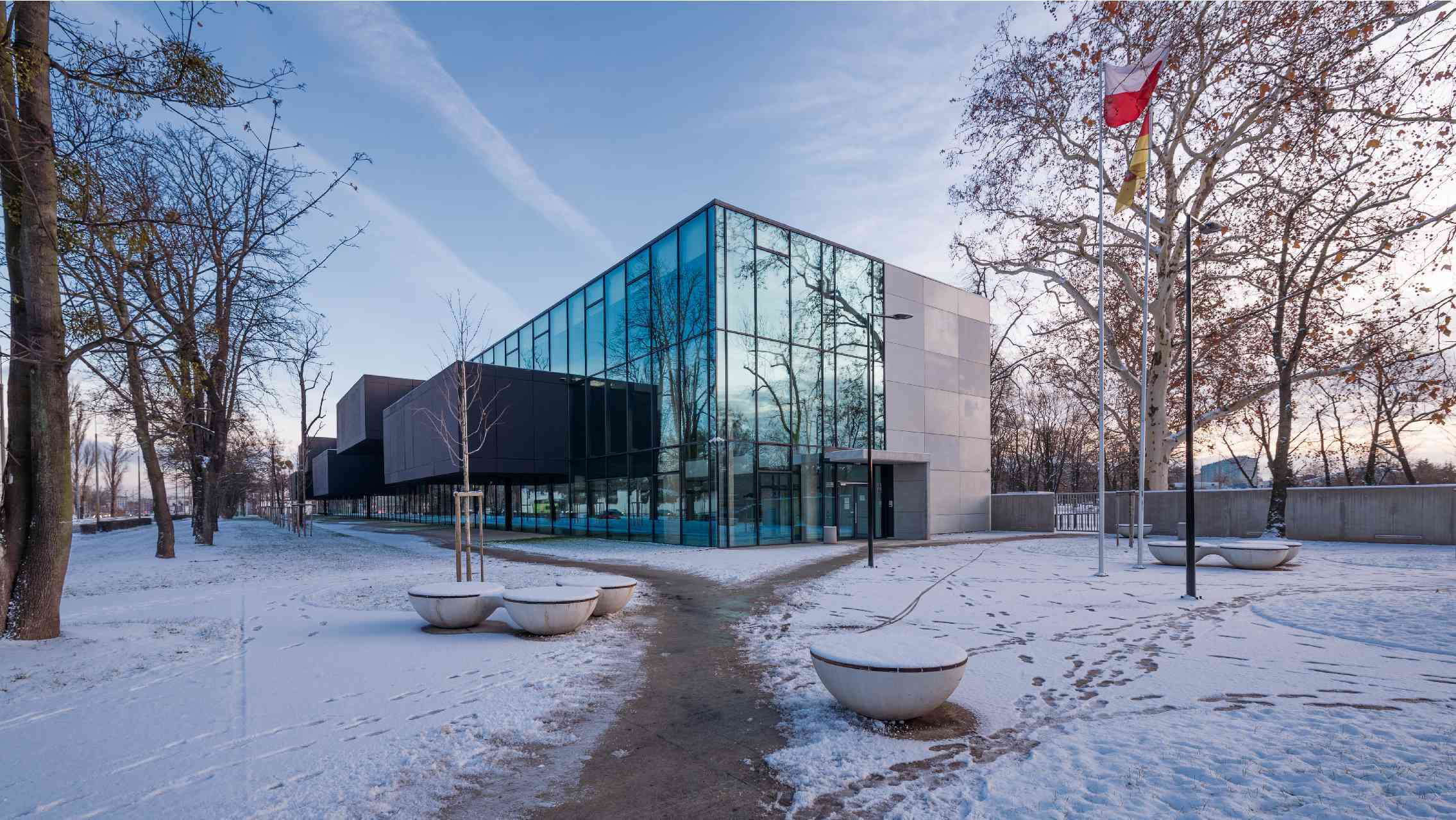 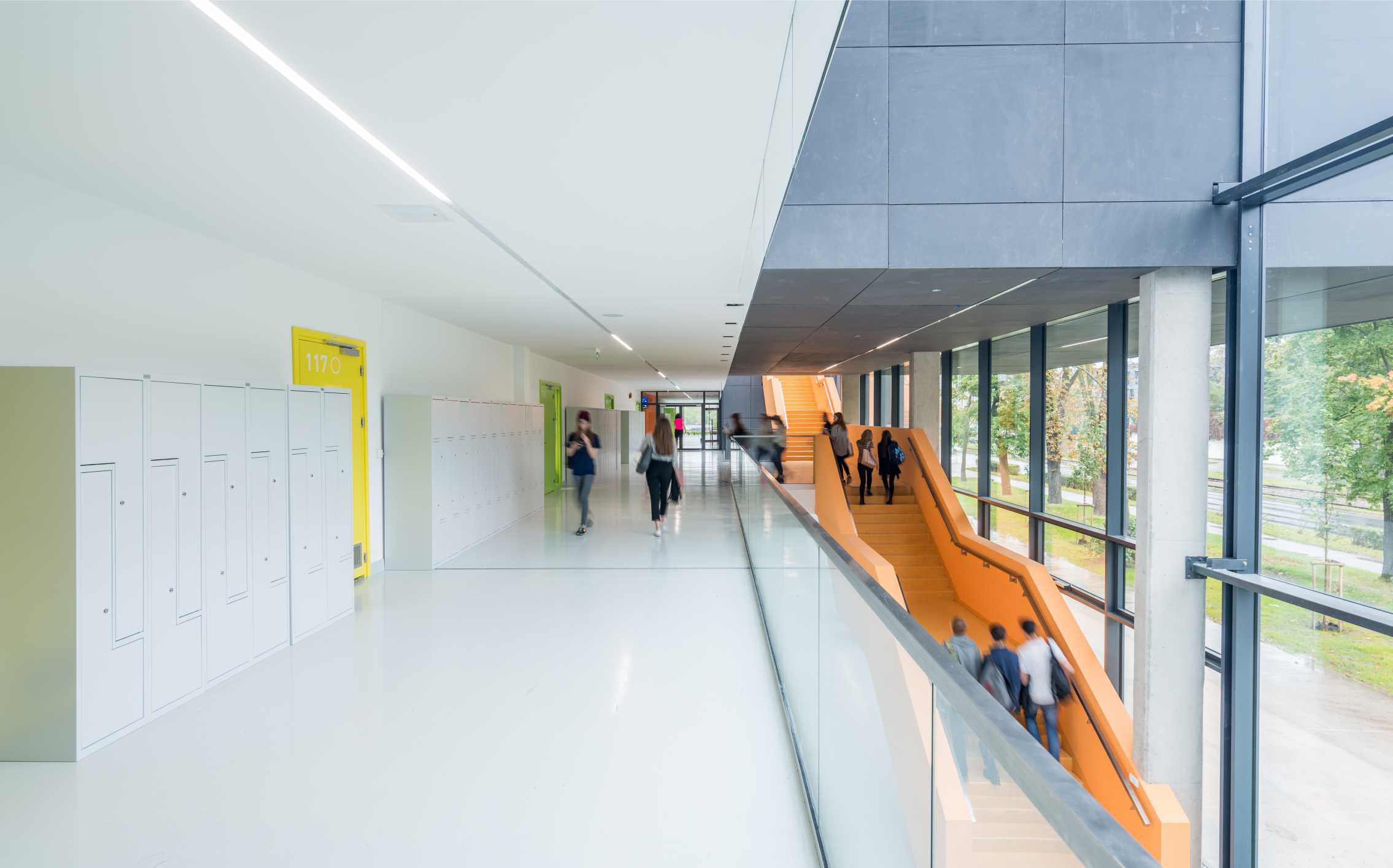 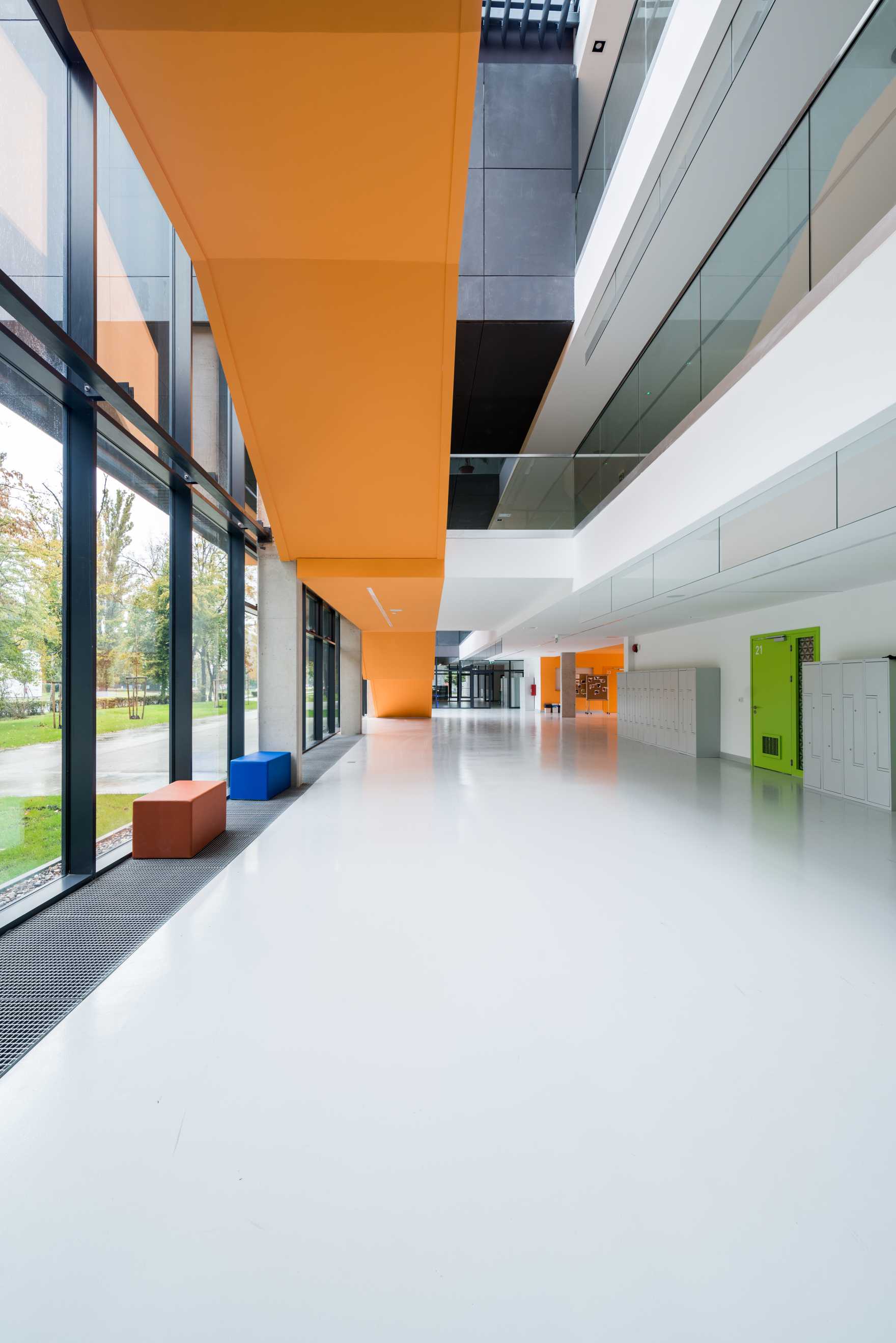 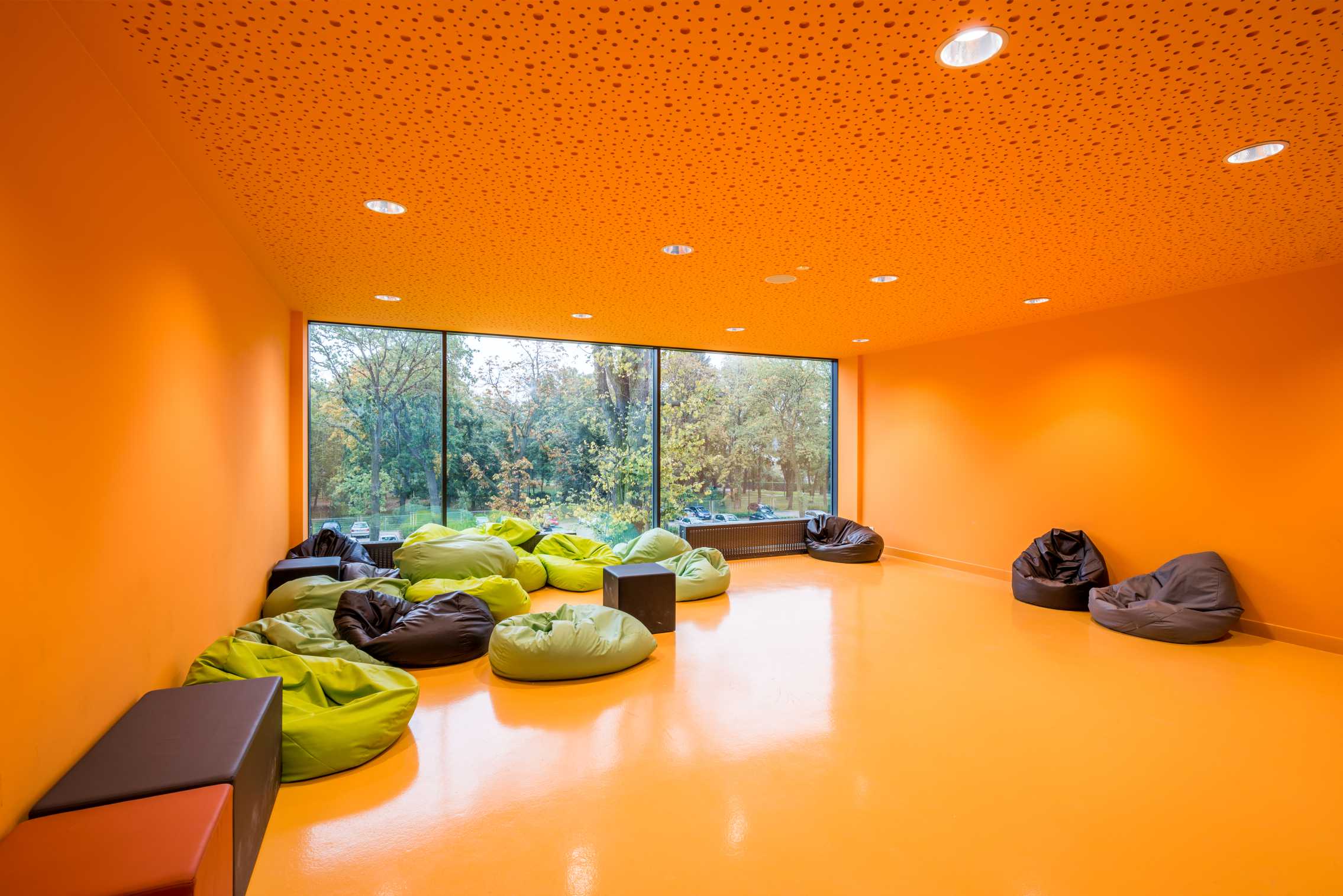