If someone had said a on the beginning of our professional journey that a large building based on our design would be constructed in the historic city centre of Wrocław, we would have taken it as a joke. We entered the competition with an equally sceptical attitude – we treated it as a kind of exercise, an escape from the day-to-day routine. And we won. The conditions of the competition imposed many restrictions regarding spatial solutions: the height of the buildings and its line, they also suggested referring to the surrounding buildings. In the discussion on how to shape the historic city centre we tried to take a clear stand – we resigned from a mere and common imitation of historical forms convicted that architecture, even if treated as urban scenography, should be built using contemporary forms. The functional programme turned out to be a real mix: lecture theatres, seminar rooms, a library, a restaurant, a car park…  densly clustered in limited space. On top of this, there were many suggestions from various sources as to what else the building could contain, what it could look like. In all this confusion, the architect’s job was as much about shaping the space properly as about skilful negotiation and conflict management. The spatial disposition of the building is simple. The south wing houses, one above the other, two large auditoriums. The main wing is “layered” with other functions: seminar rooms, library rooms and a restaurant. The basement is occupied by garages. The building is distinguished from similar projects by its extensive technical infrastructure (air-conditioning, audiovisual equipment for lecture theatres, a network of low-current installations, BMS). The basic assumption for shaping the interiors was discretion of the means used, simplicity of solutions and opening to the surrounding space (the view from the inside of the building to the eastern wing of the University and the University Church). If, on the day the results of the competition were announced, someone had said how many problems the design and construction of such a building entails, we wouldn’t believe. 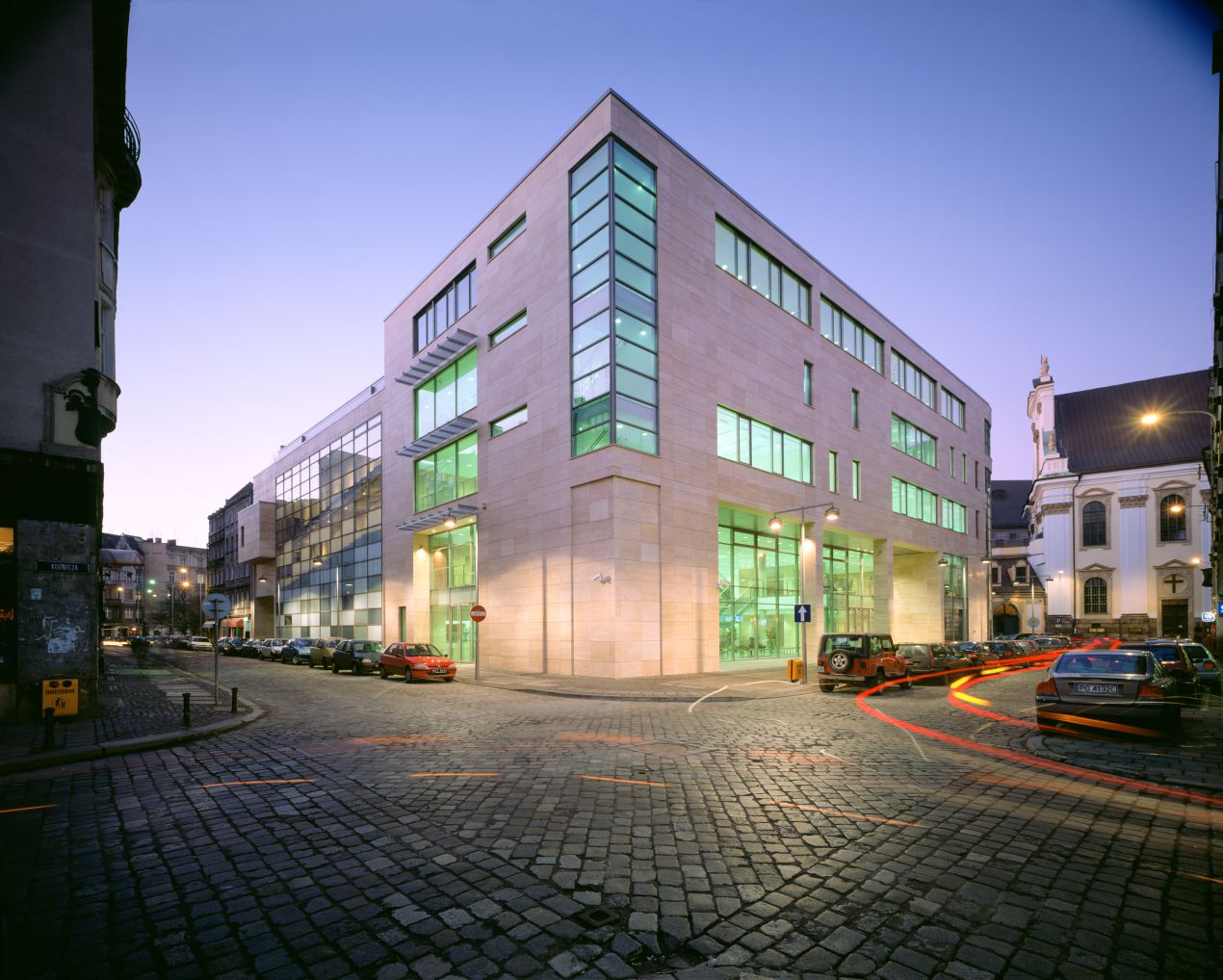 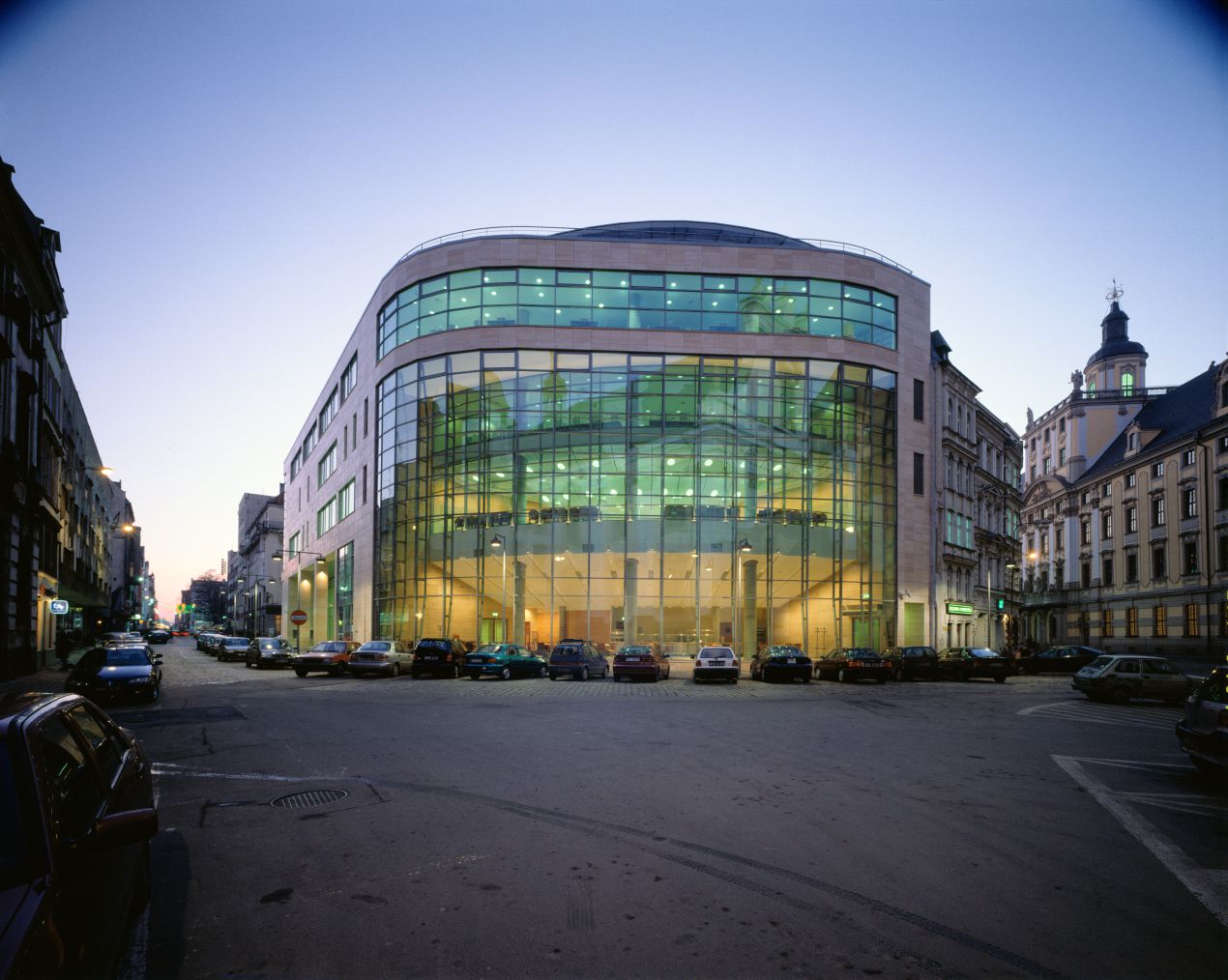 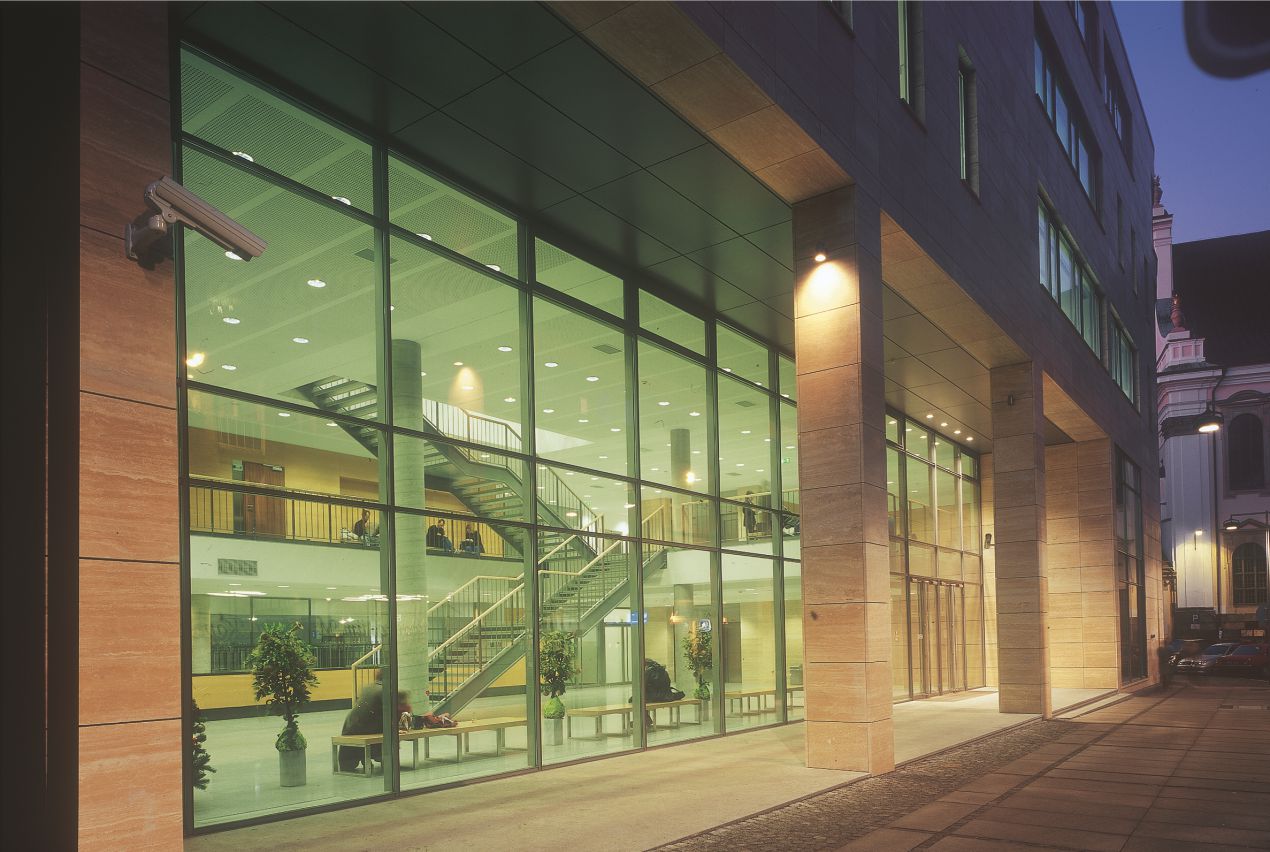 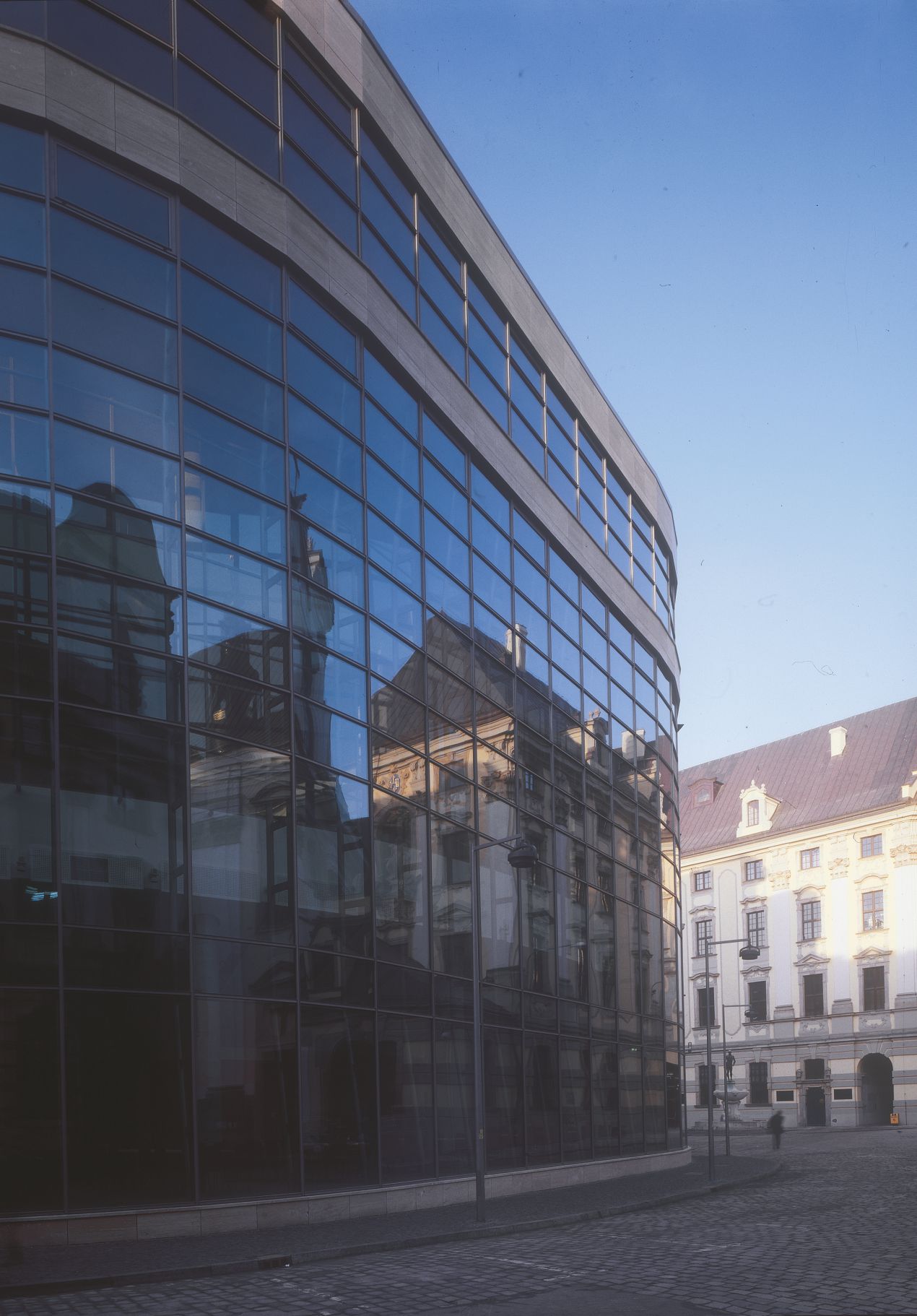 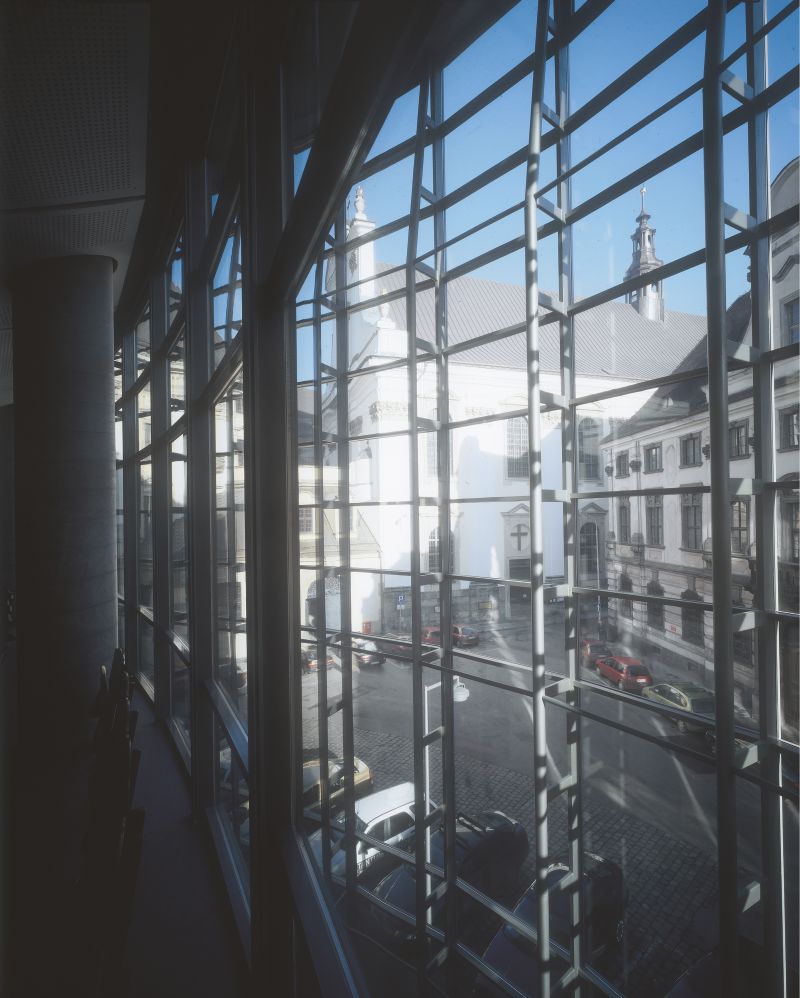 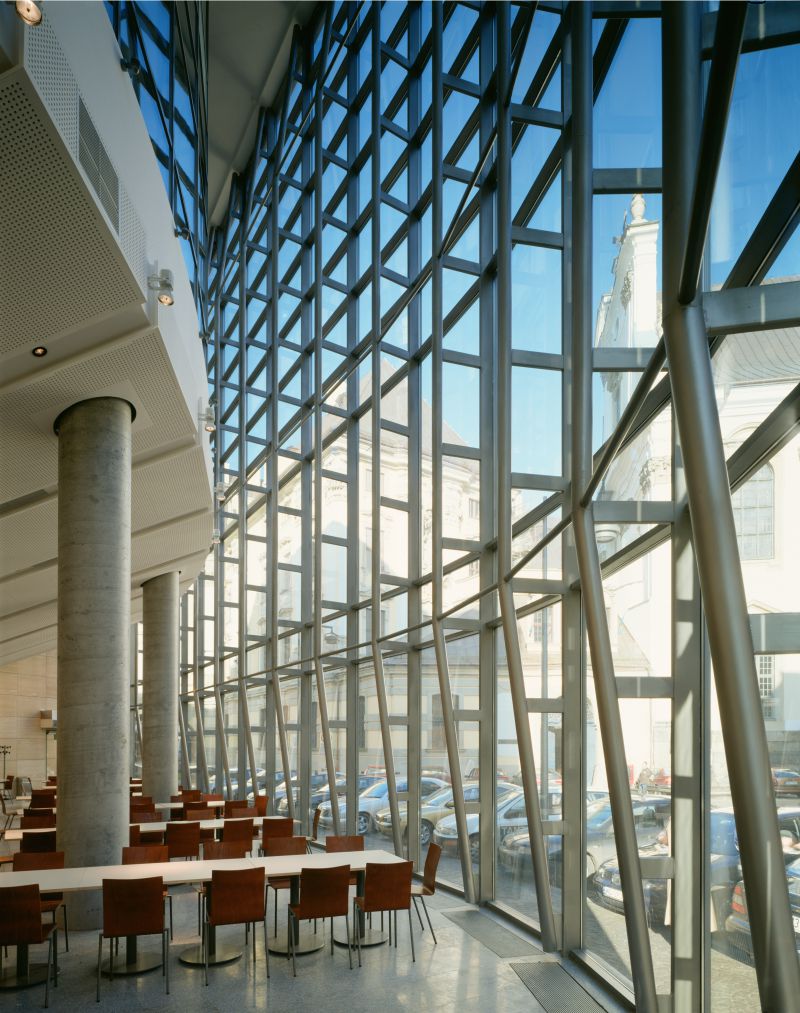 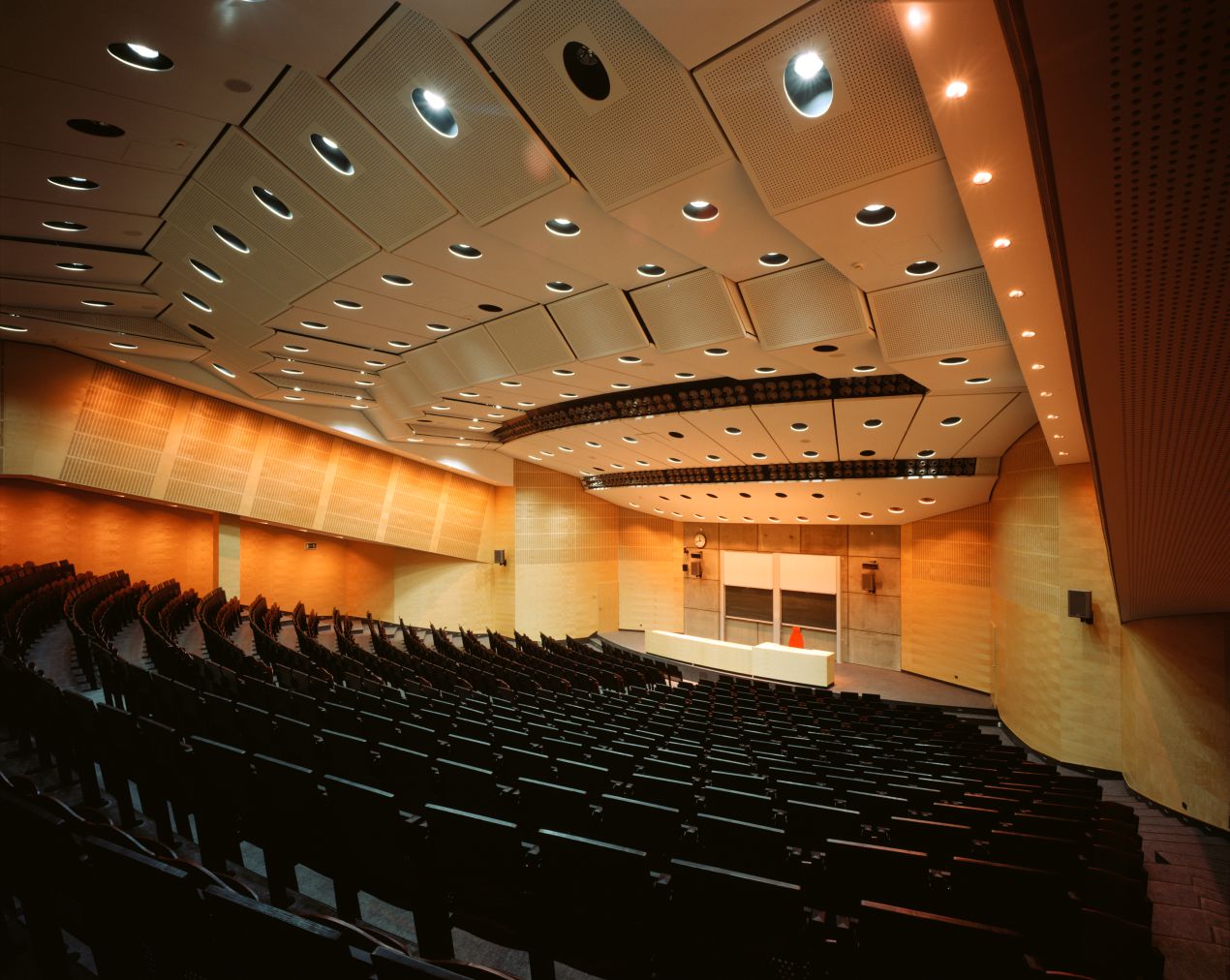 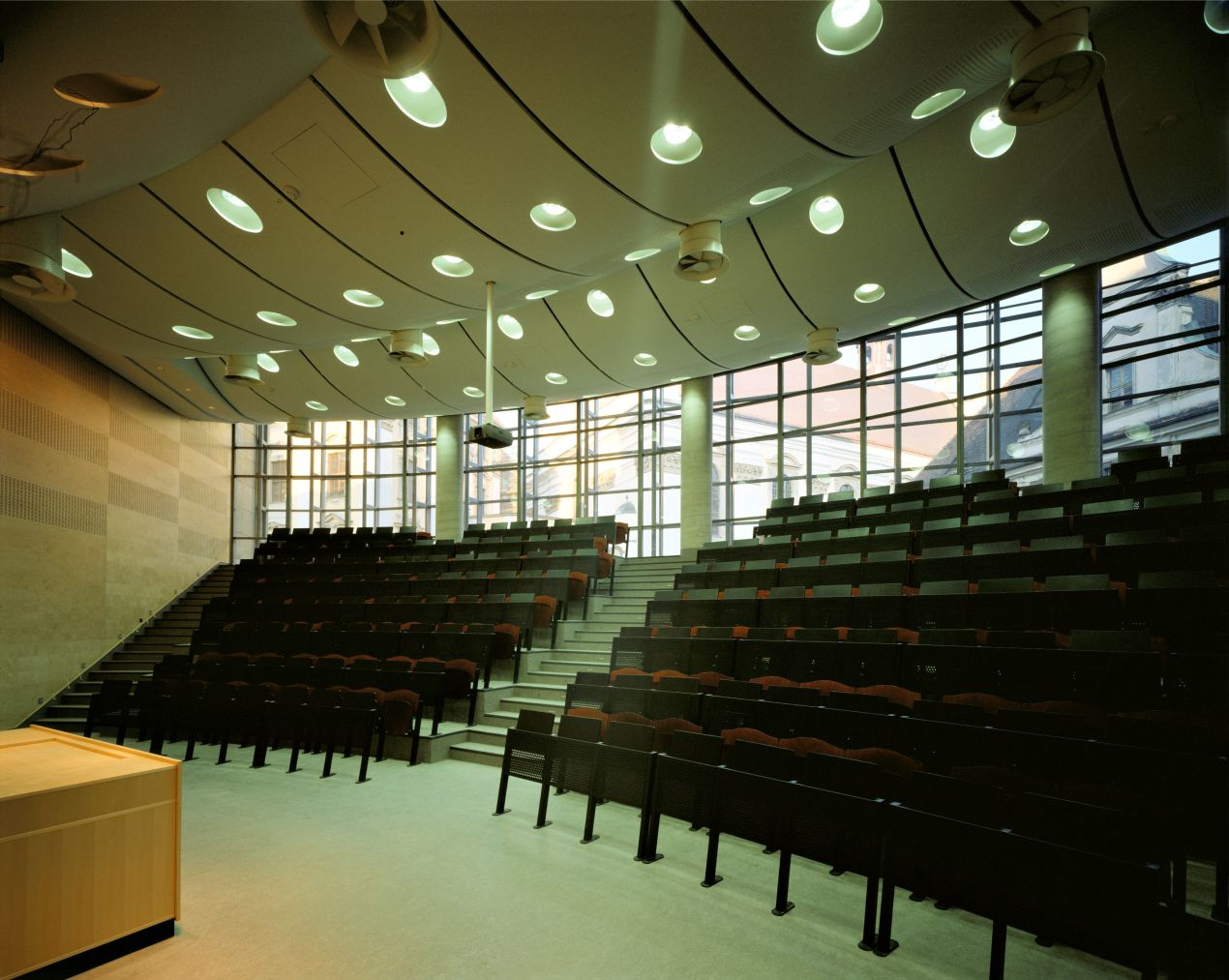 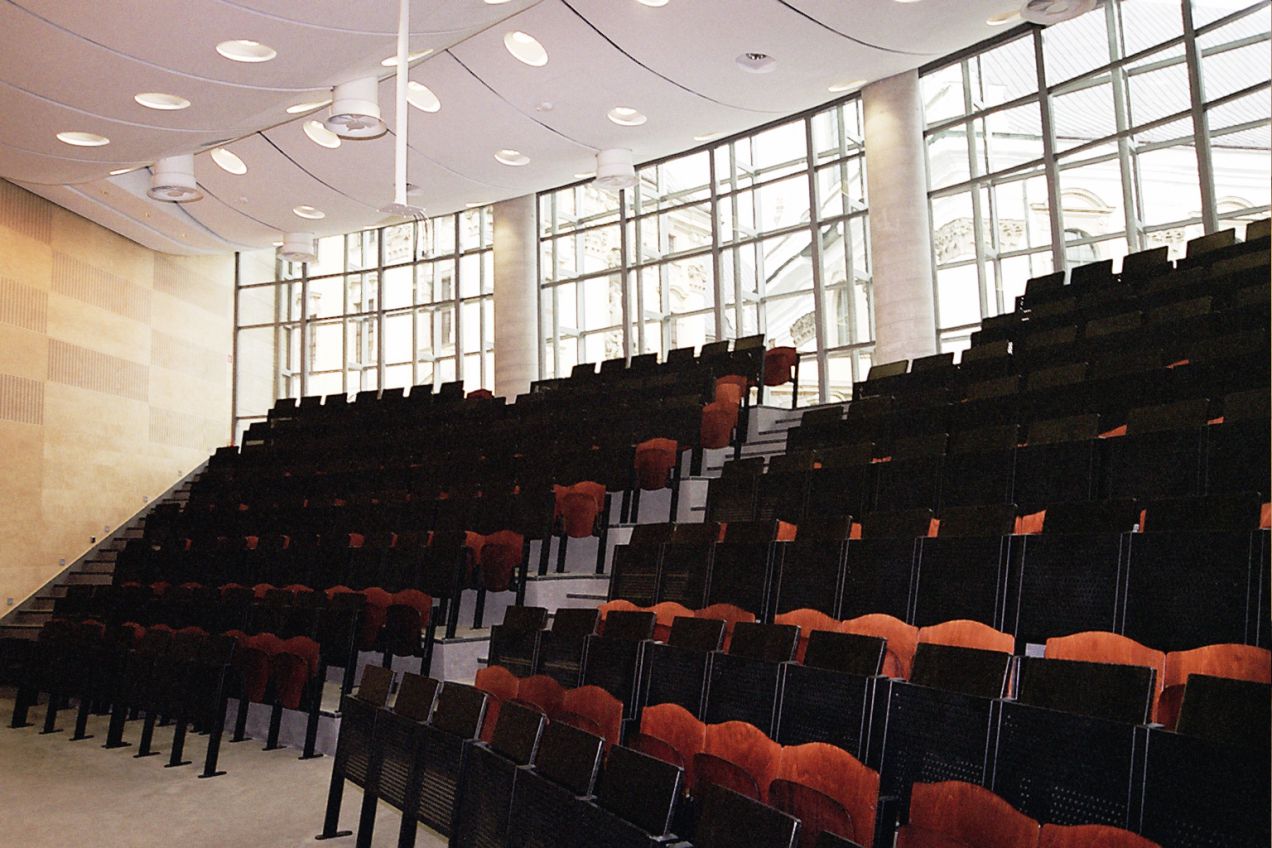 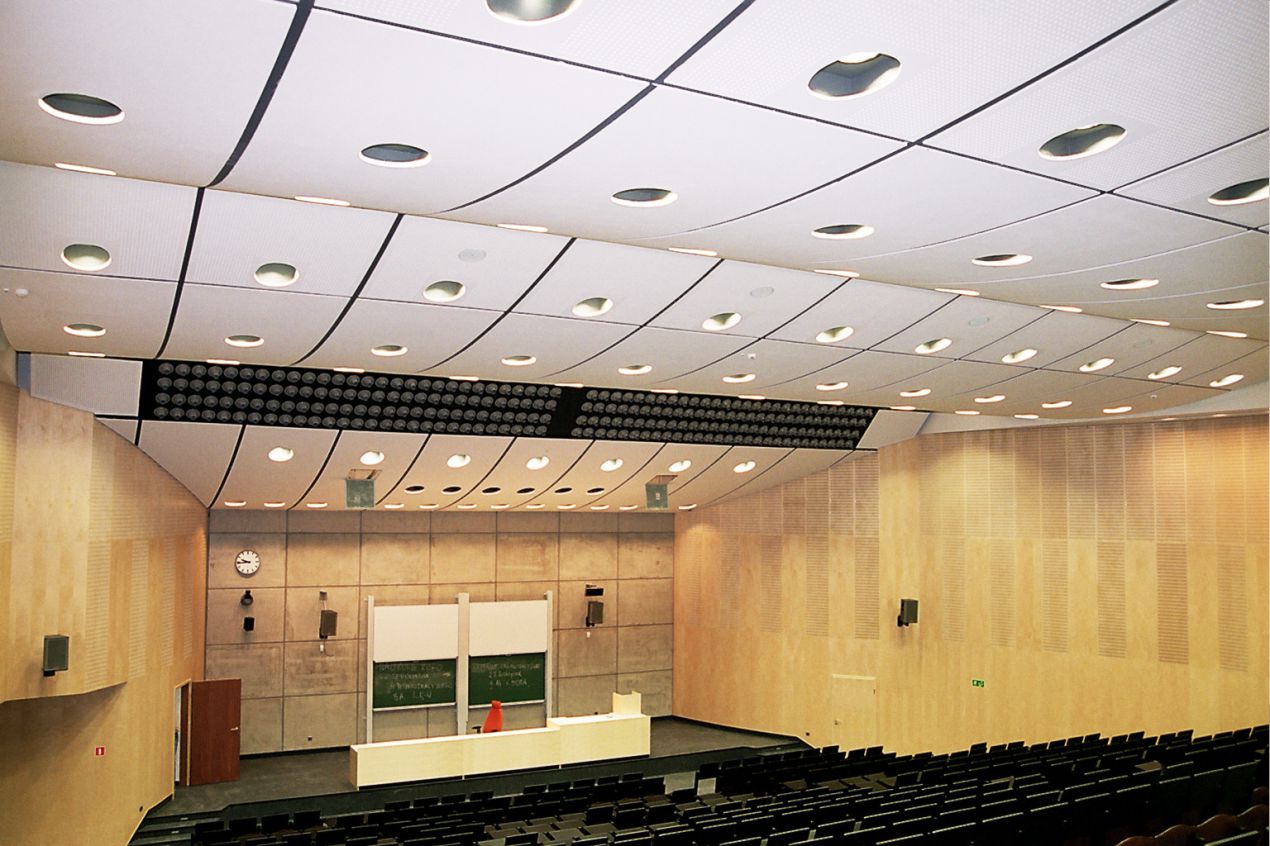 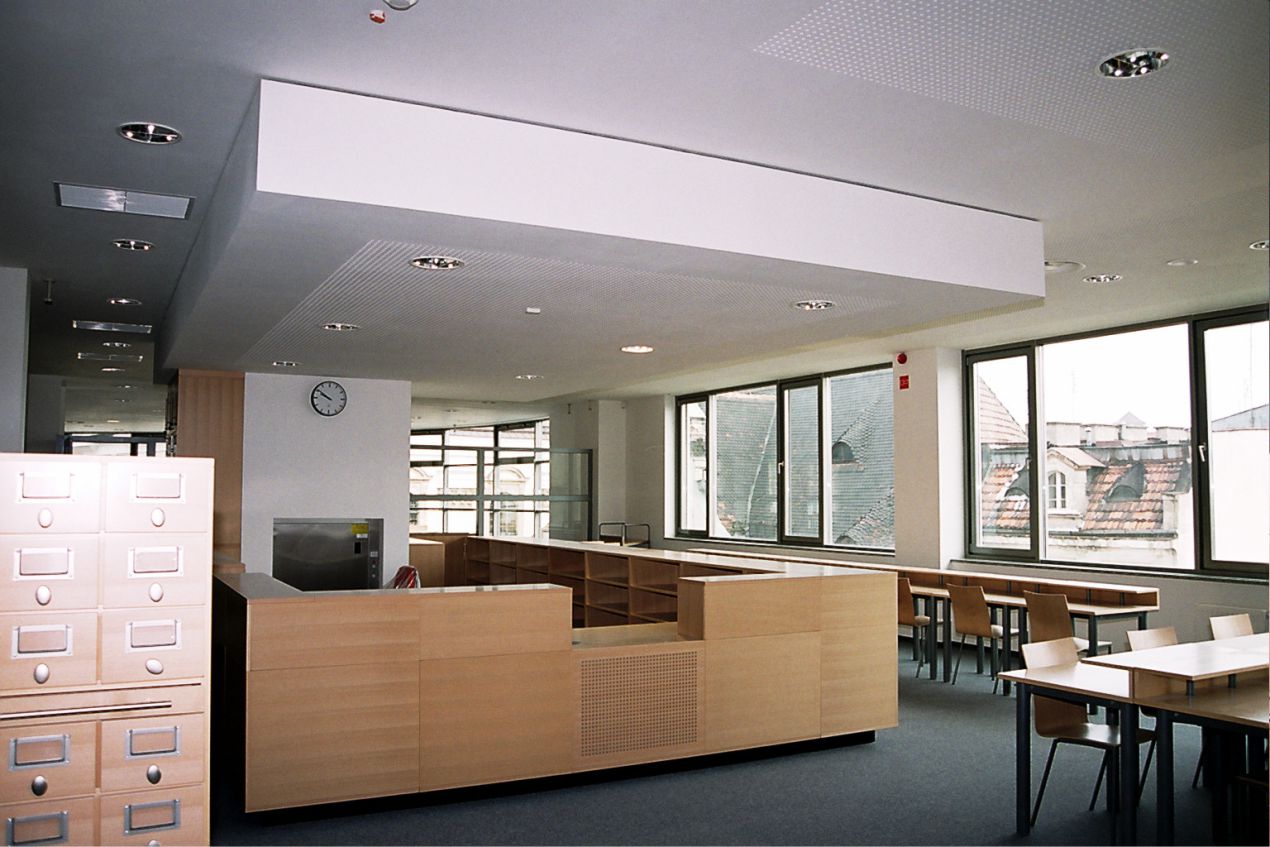 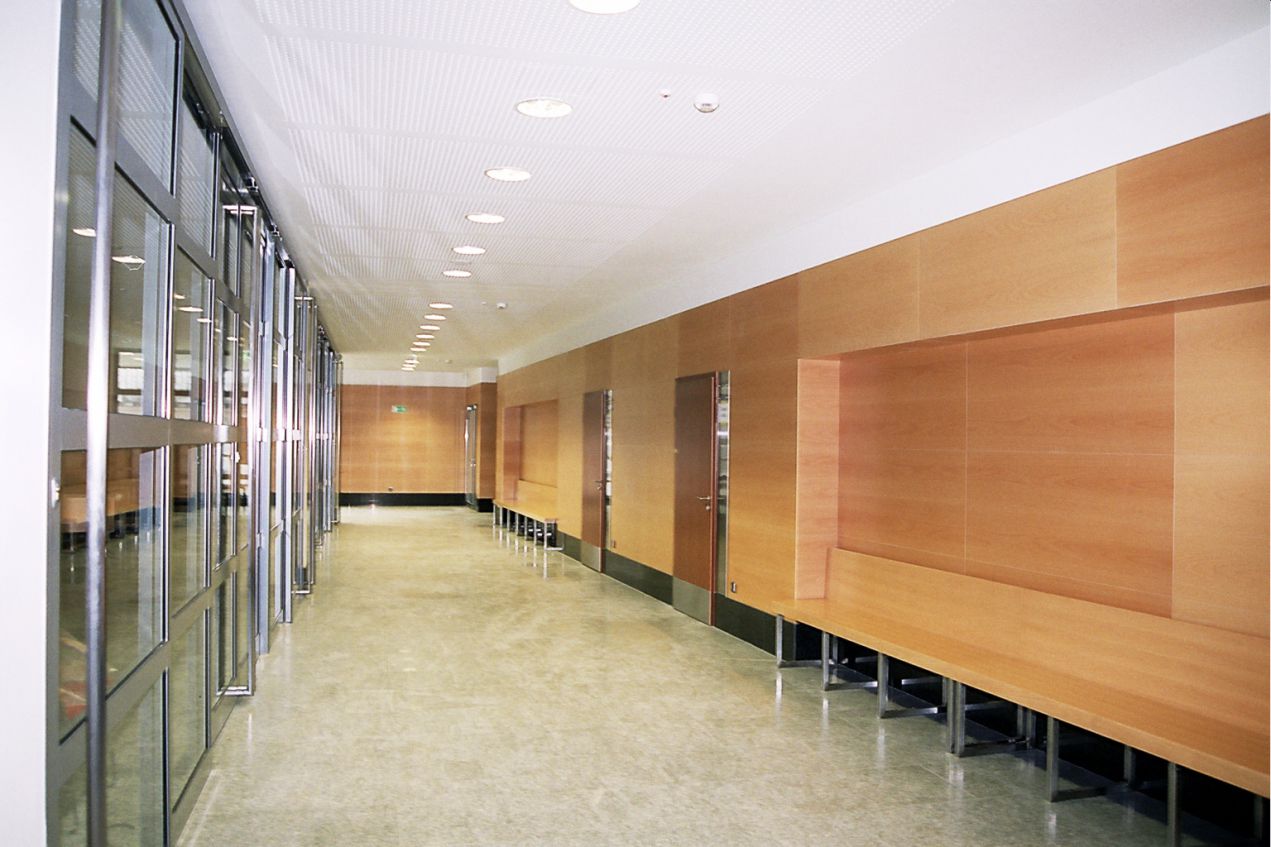 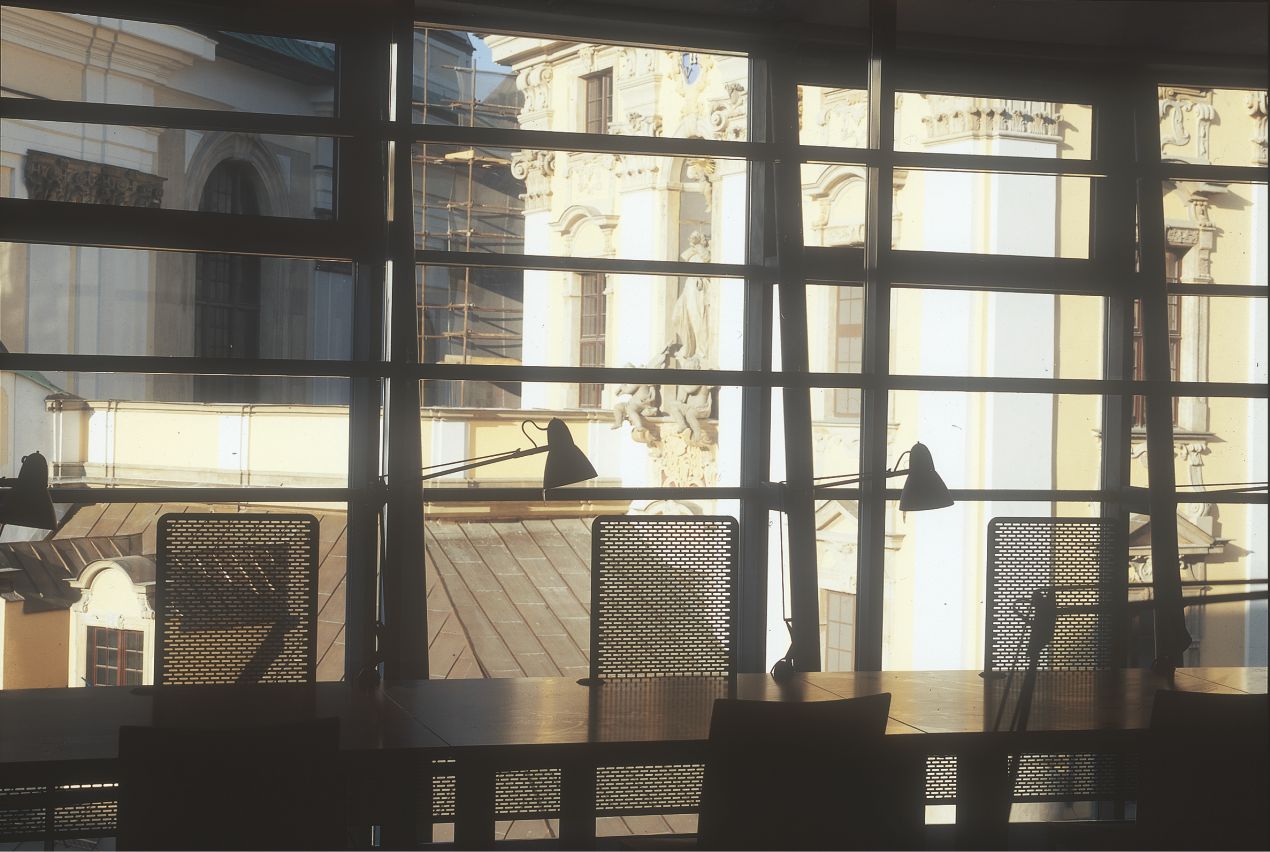 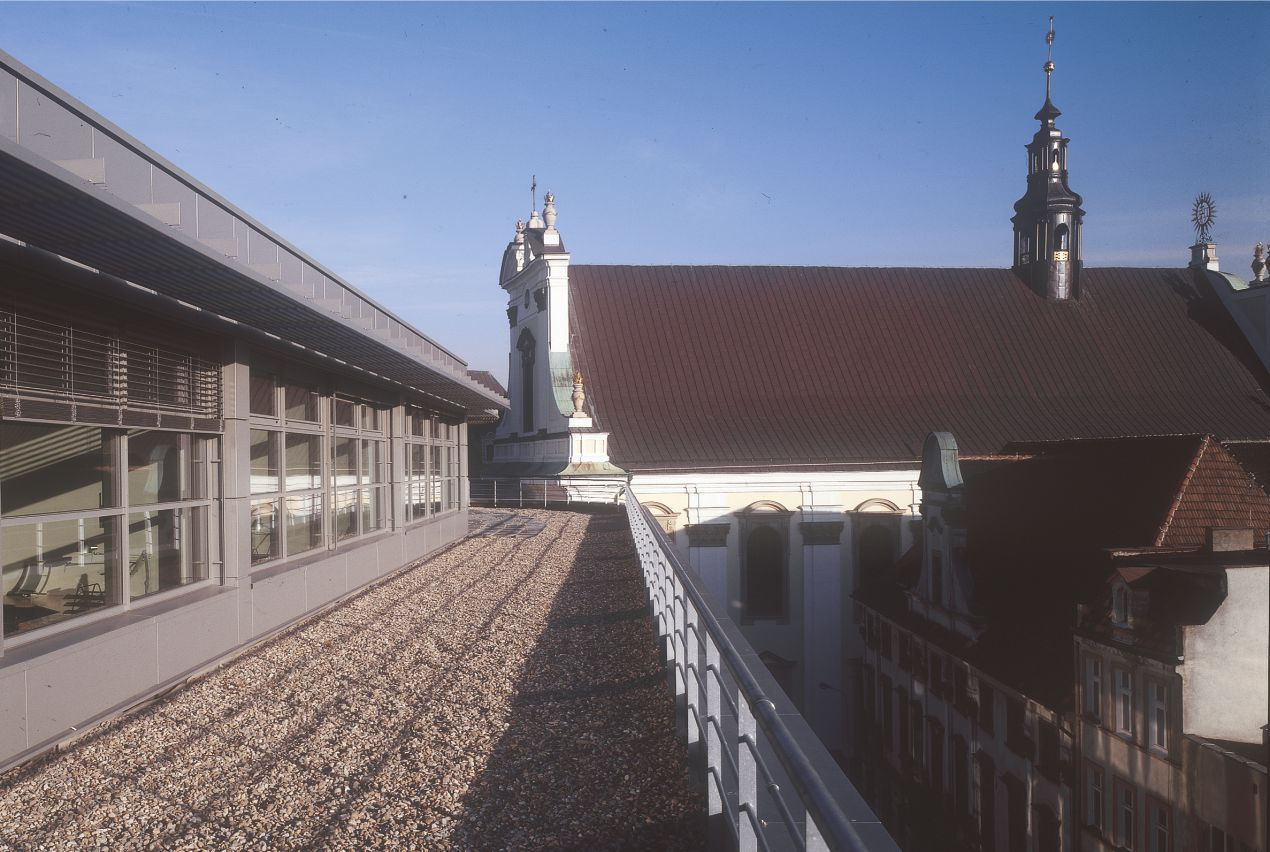