3840 Witolda Street is another example of a place reclaimed for the citizens of Wrocław and a dialogue with the pre-war, post-German urban fabric. The building was constructed in 1907 on Werderstrasse as the headquarters of the Main Customs Office (Hauptzollamt Breslau), on land adjacent to the former city port. The two-part project involved the renovation of the original building and the construction of a residential and service pavilion in the riverside area. The distinctive mass of the historic part dominates over Ksiecia Witolda Street with its height and façade, rhythmic rows of large windows, and eclectic style and hybrid construction. The characteristic wooden turrets on the river side were to refer to the earlier wooden port buildings. The body of the building has a U-shaped plan, with the main wing on the side of Księcia Witolda Street and two side wings, topped with a high gabled roof, marking out the inner courtyard. It performed economic functions, and the presence of the river was used purely utilitarian. However, as more and more urban life is developing along the Oder – restaurants, promenades, cycle lanes – we decided to change its character – from a pre-war backwater to a metropolitan boulevard in line with existing solutions in the area, revitalising and activating the Oder riverfront. The newly built pavilion with flats and premises intended for restaurants and cafés formally reduces the height of the second-plan development, creates a second, more accessible frontage on the Oder side, and the stylistic simplicity is intended to realise our intention of a discreet, light and elegant presence in this historic place. Dialogue does not mean imitation. The intimate scale and simplicity of the pavilion “disarms” the site from the hieratic dominance of the historic building. High-quality materials were used in the restoration of the original elements; also the front elevation, crowned with two gables finished with stone snails – was under strict conservation protection. The windows, stained-glass windows, tiles and polychrome were renovated and, if necessary, reconstructed. We tried to respect the style of the place, the historical context in Wrocław means German past and German architectural traditions and urban planning. 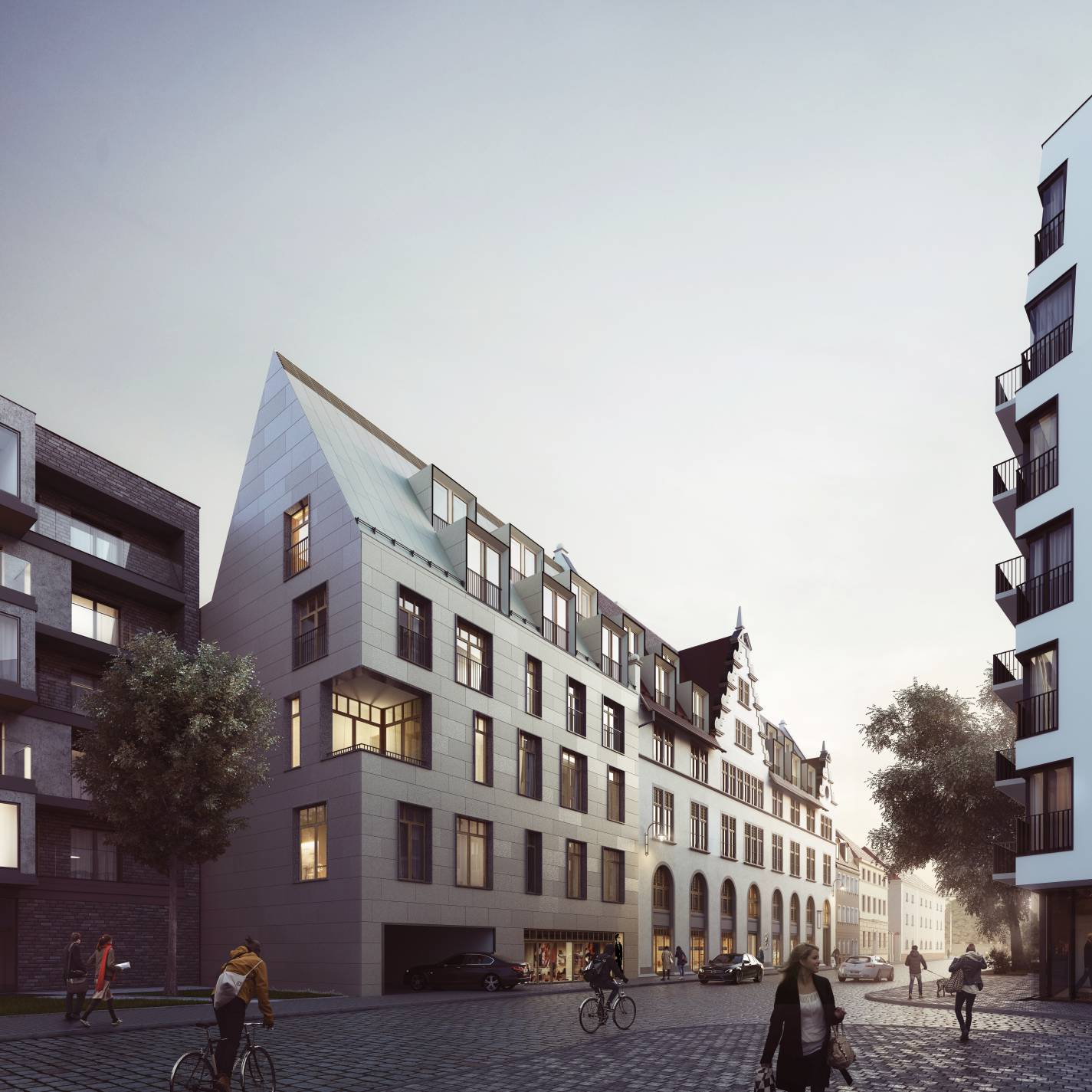 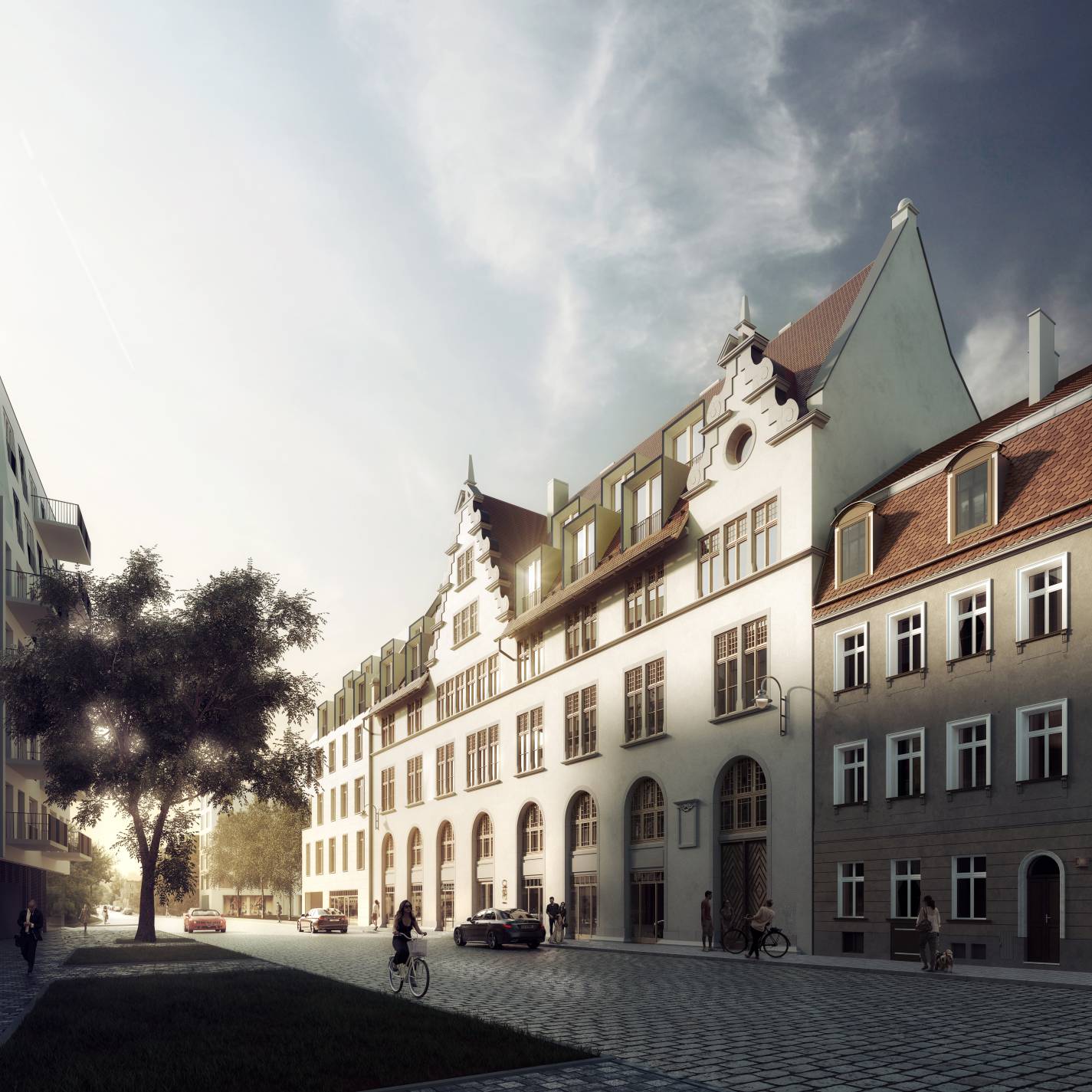 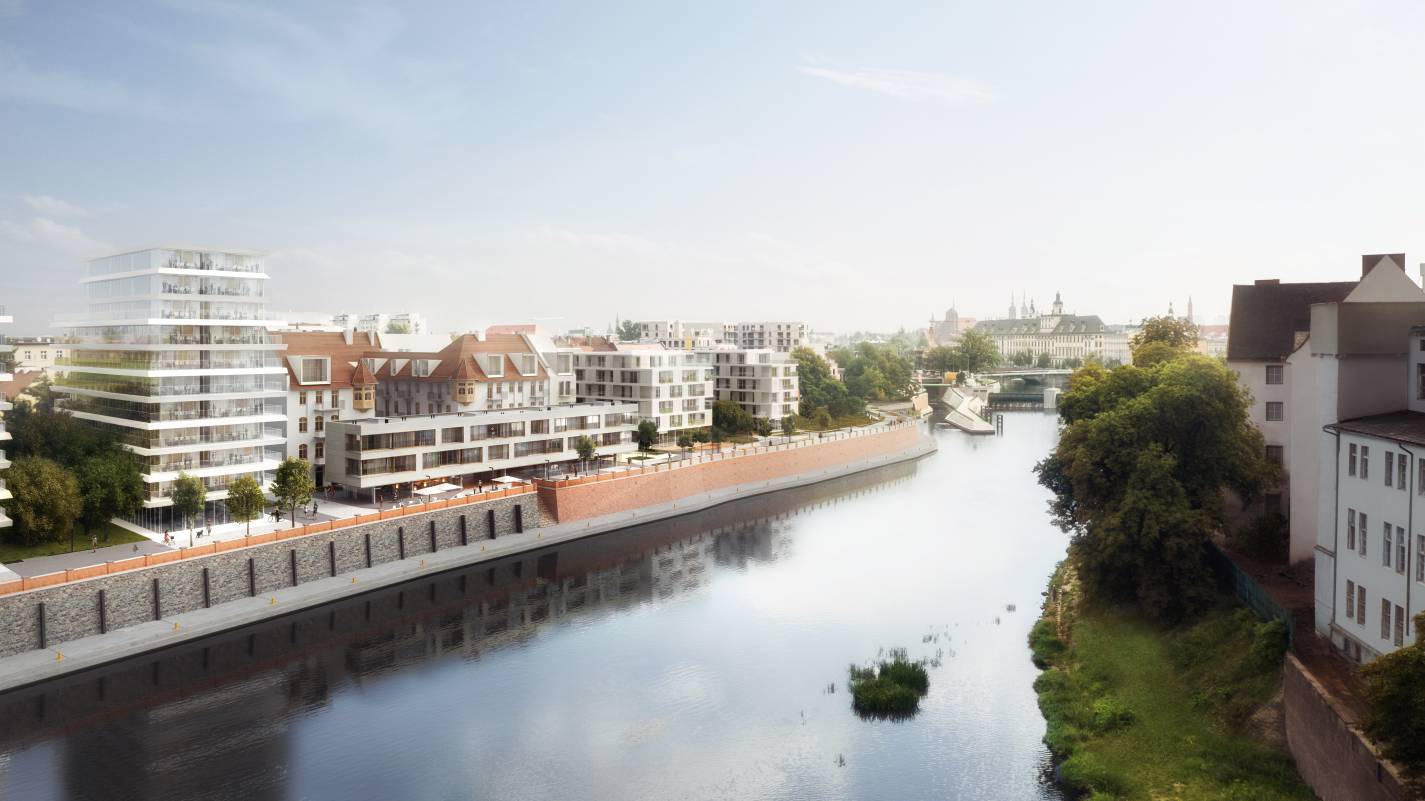