At first there was a paralyzing fear. Although the task was seemingly trivial – finding the packaging. Or, to be more precise, the form for a modern trading machine, consisting of many unloved components (multi-storey parking lot) and technological duties (scoops, ejectors, openwork). A machine perfectly programmed for the needs of modern trade by specialists from London (Benoy) and introducing with its mass a considerable disharmony in the scale of this fragment of the city. In contrast there was the monumental and iconic, destroyed but still uncompromisingly beautiful Dernburg building, in front of which one should kneel. Things were not made easier by the extremely complicated guidelines of the Local Plan.
Later, many months of scrambling from wall to wall, looking for a formula that would solve all the problems… This time the key was intuitively close – in the first sketches and conversations, although to notice it we made a circle of discussions and many alternative versions.
The main intention was a stylistic and formal continuation of the existing architecture using a contemporary sign language and using the dynamics so characteristic of the era to balance the scale of the building. The coherence of the old and new parts was achieved through proportions, mass reduction measures, horizontal divisions of the façade, the character of used materials and colors. The dynamics of the unambiguously horizontal façade of the new part has been intensified by the fan-like deflection of the horizontal cornices, which create a very pronounced foreground of the façade. It is backed by glass storefronts and a wall finished with fibre-cement panels in dark brown color which corresponds with the ceramic cladding of the historic building. The new body is connected to the historic building through an entrance atrium, which serves as a link (buffer) between the two parts.
As part of the investment, the Czysta Square was developed and Podwale and Czysta Streets were reconstructed, thanks to which the areas surrounding the department store were again incorporated into the public life of the city. 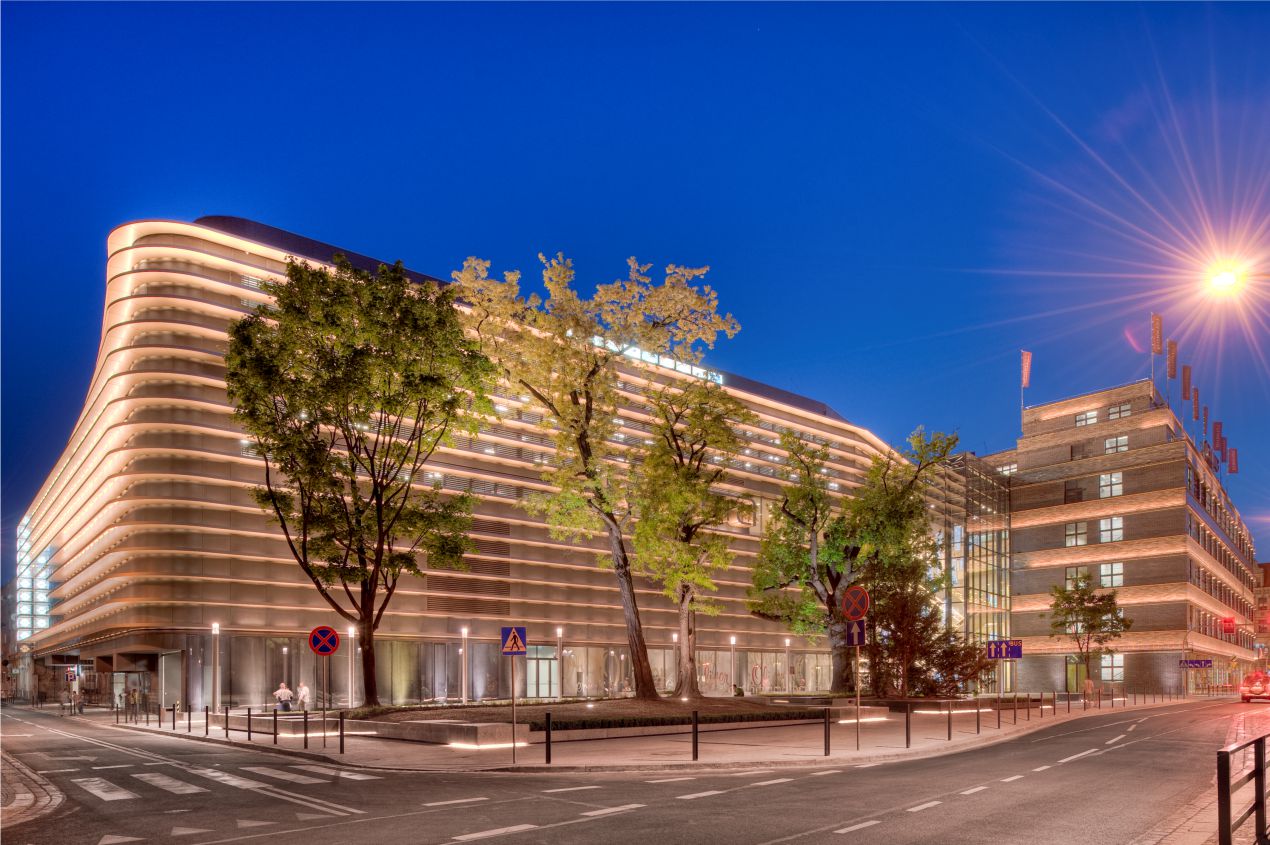 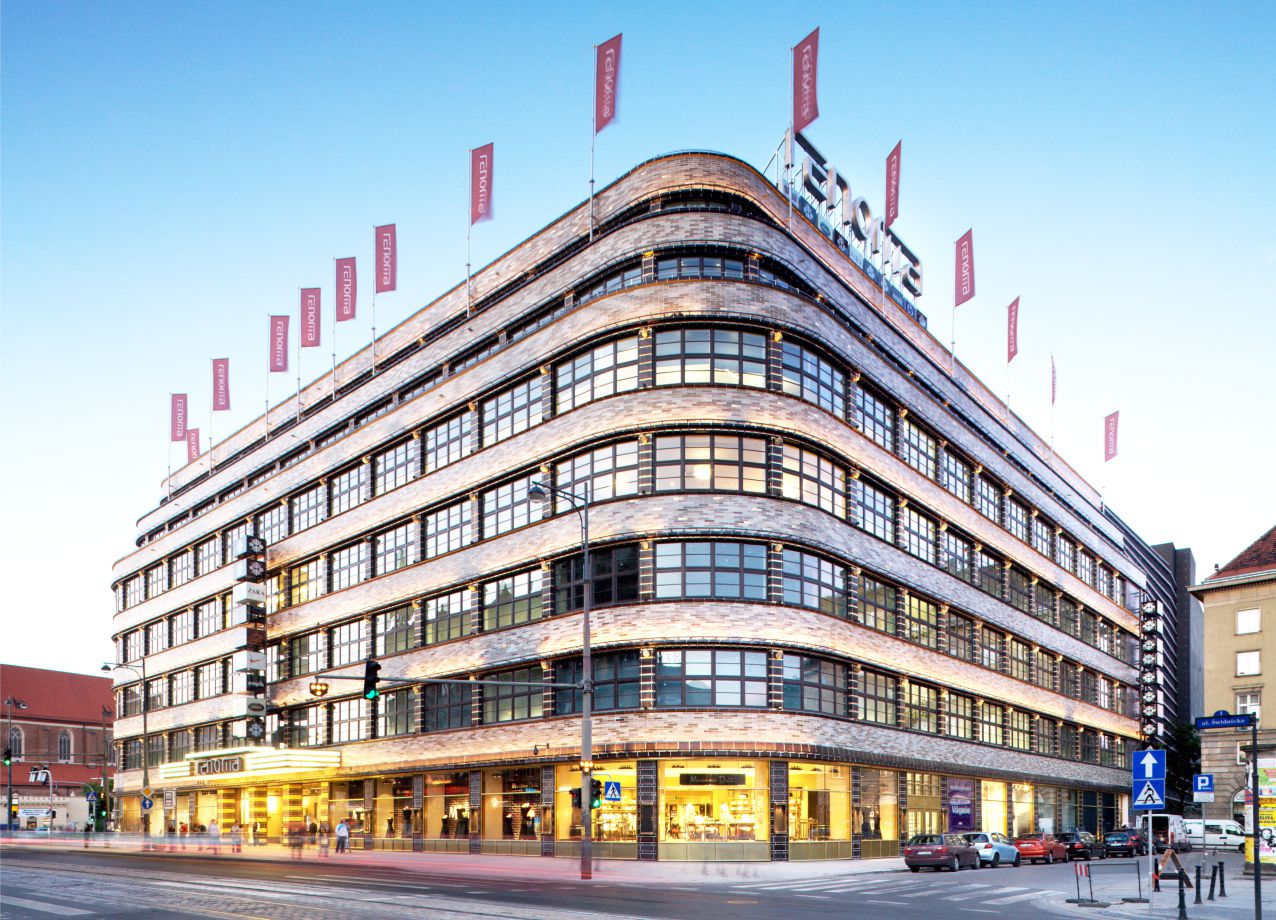 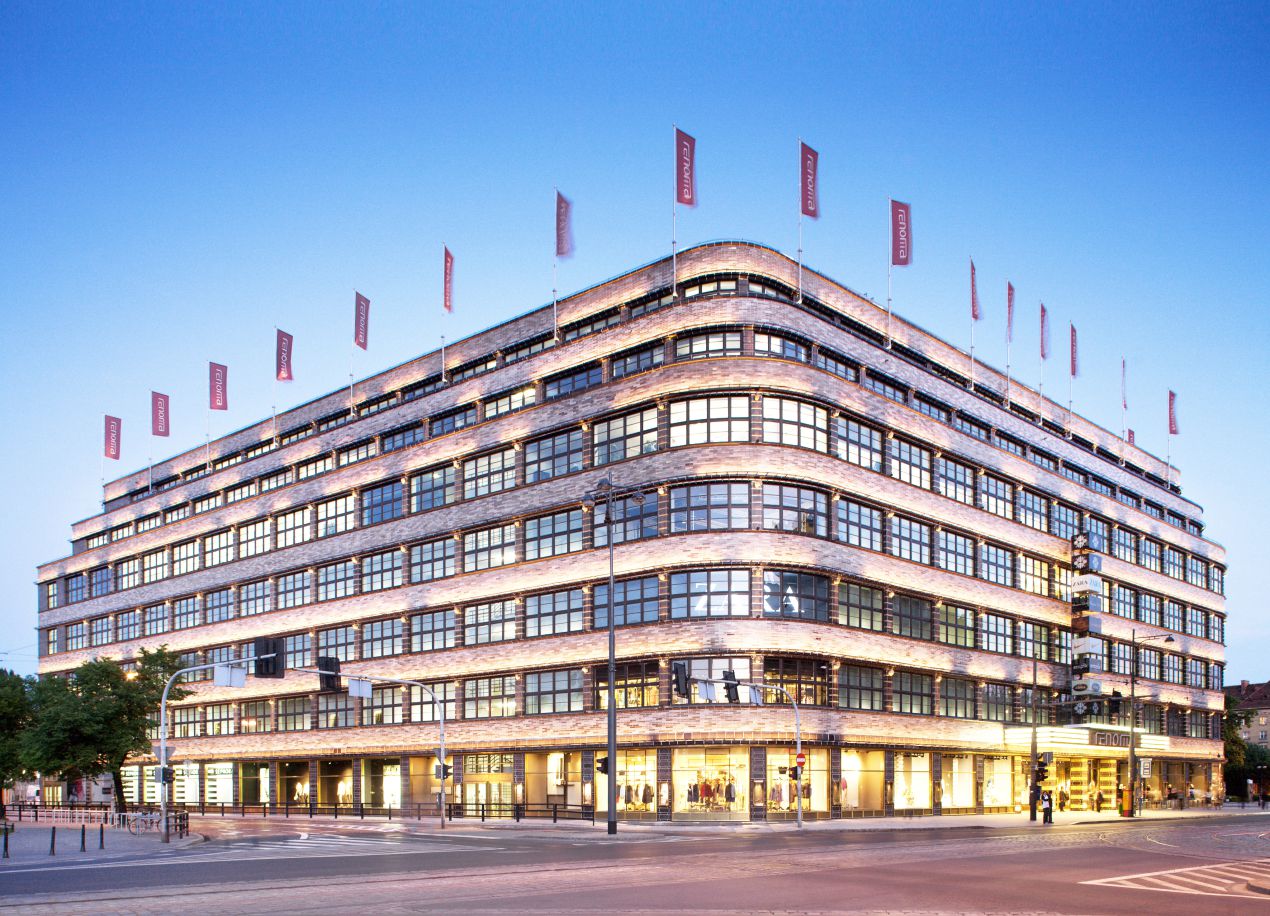 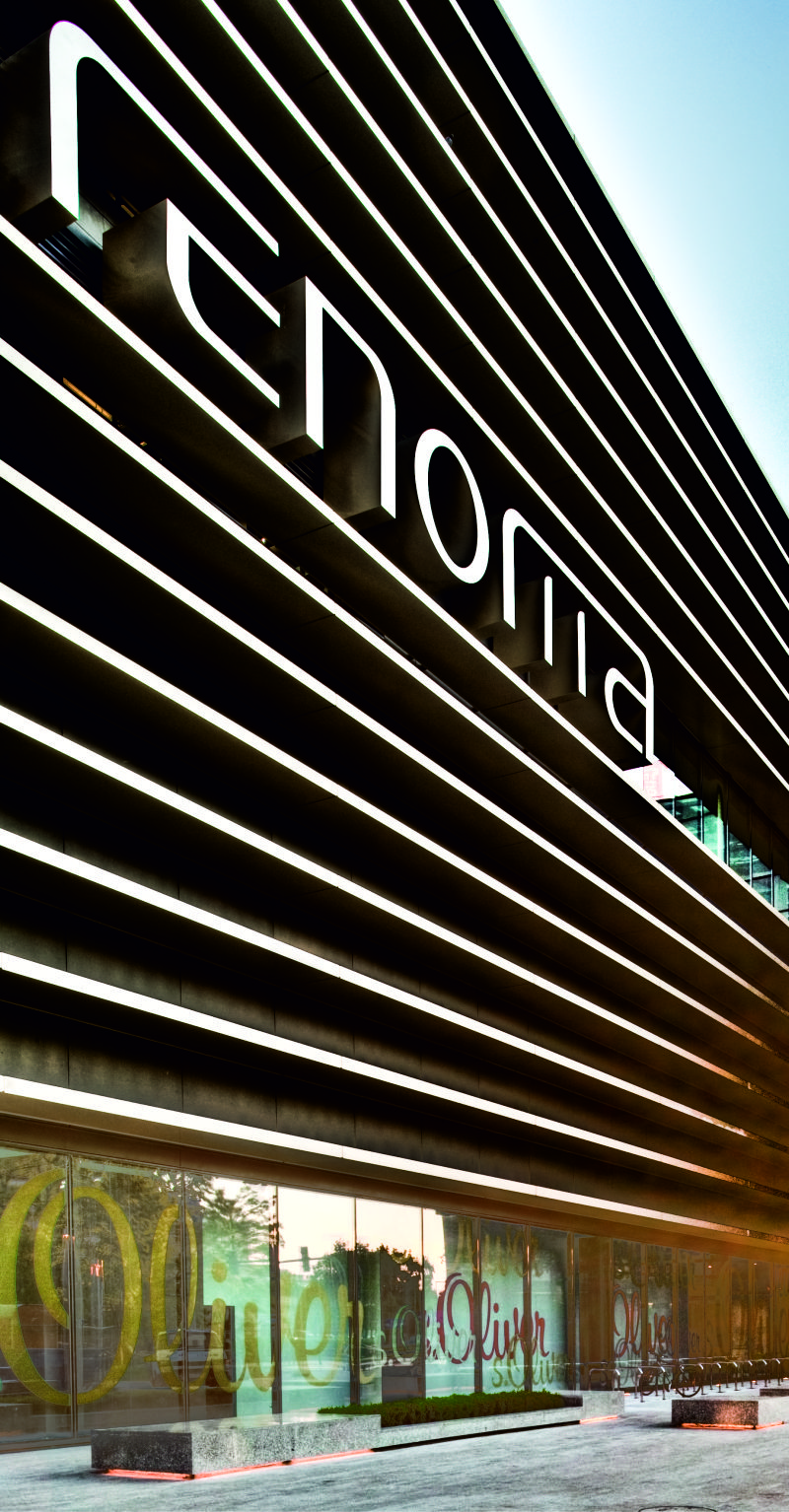 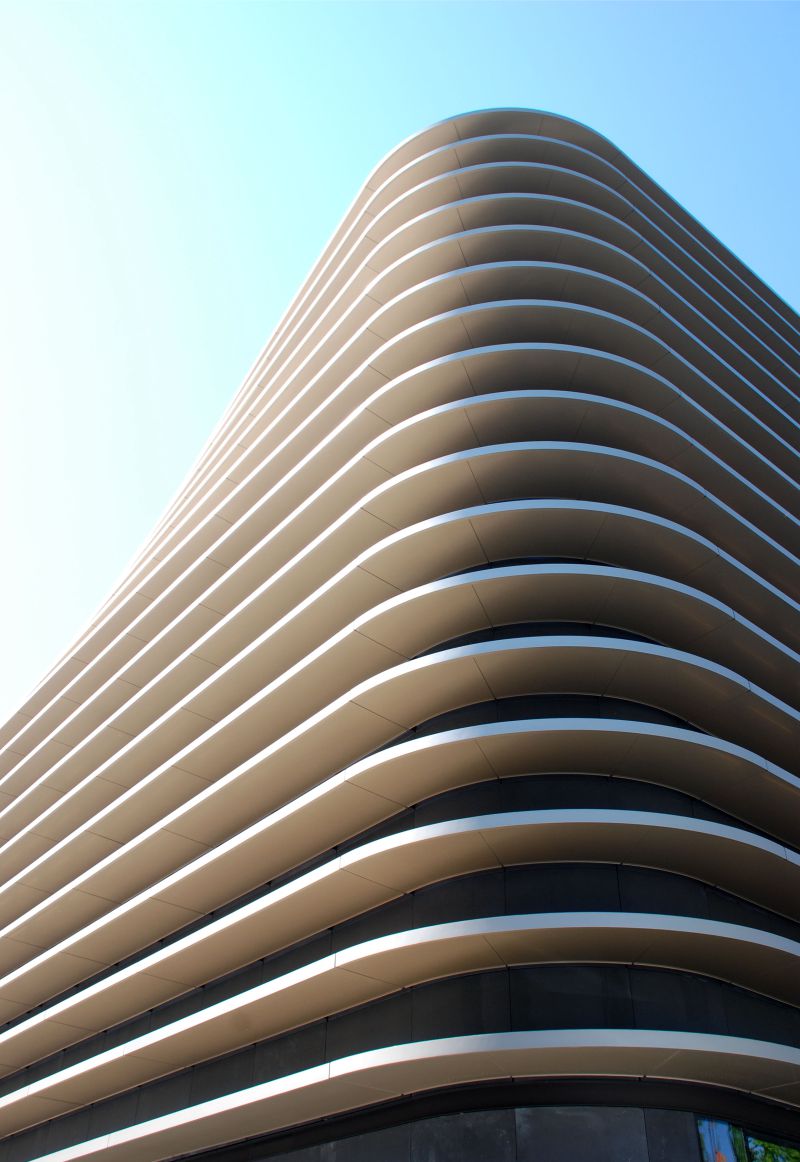 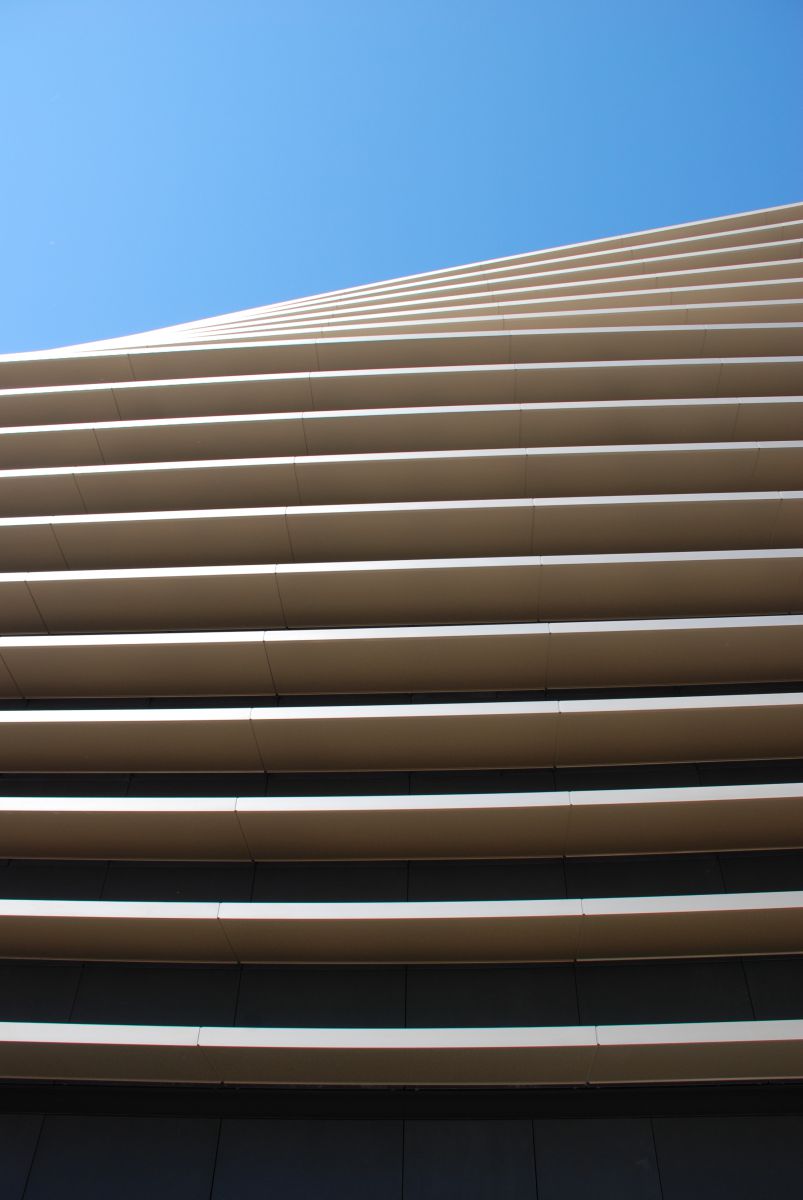 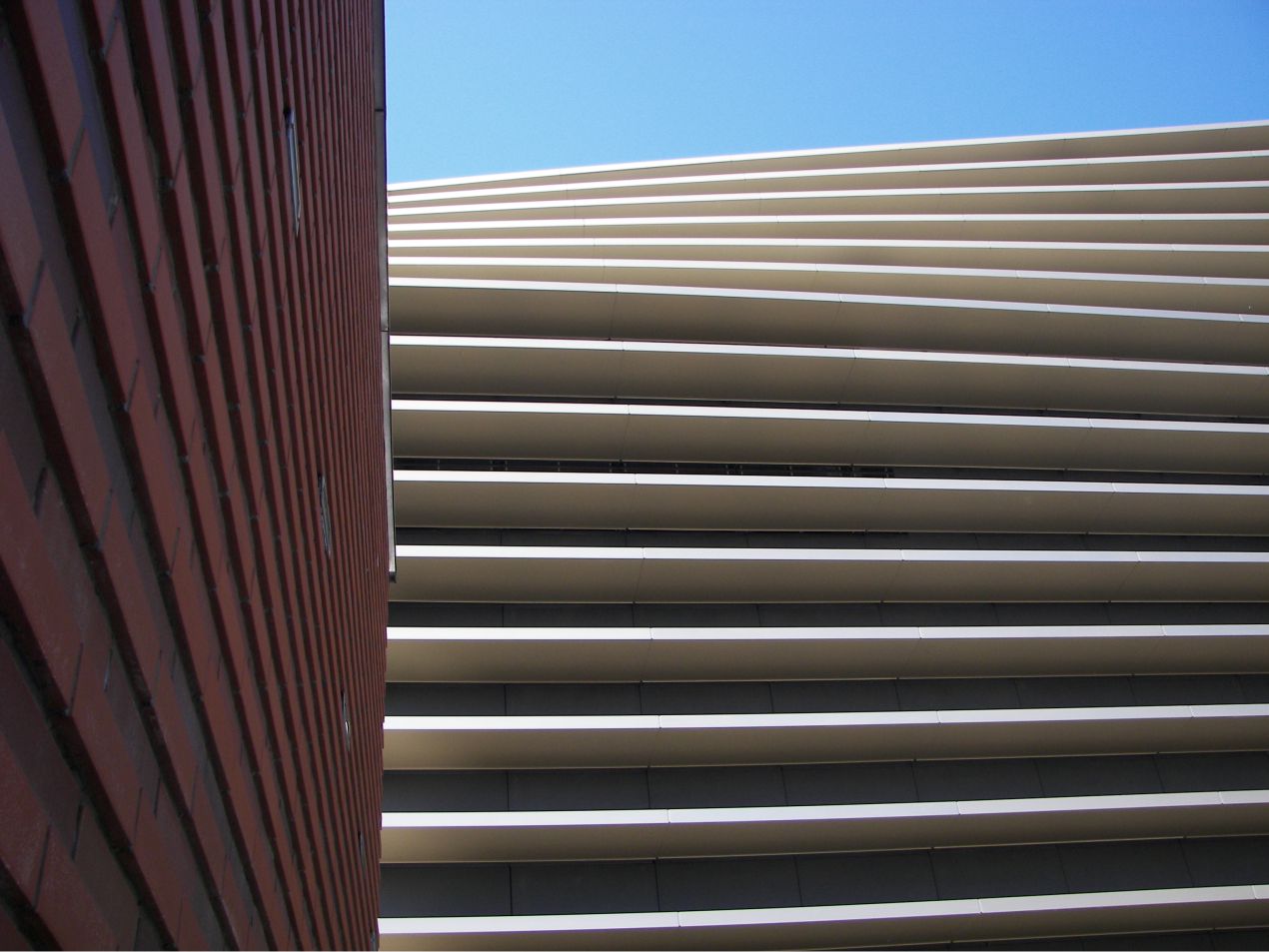 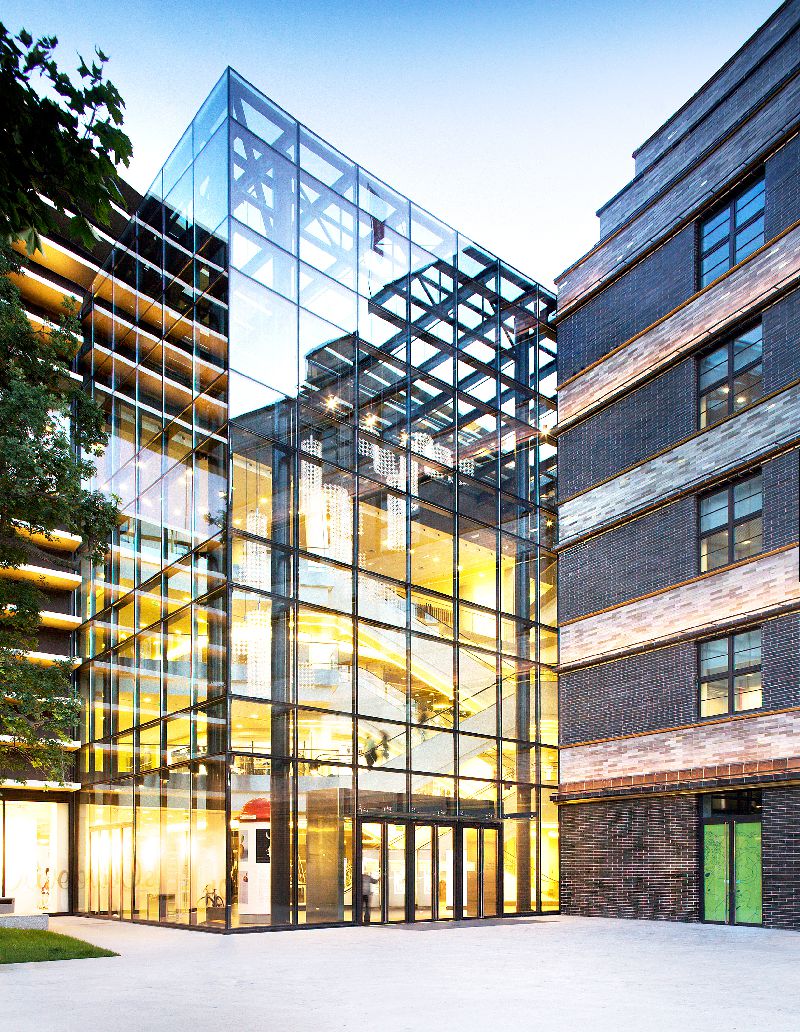 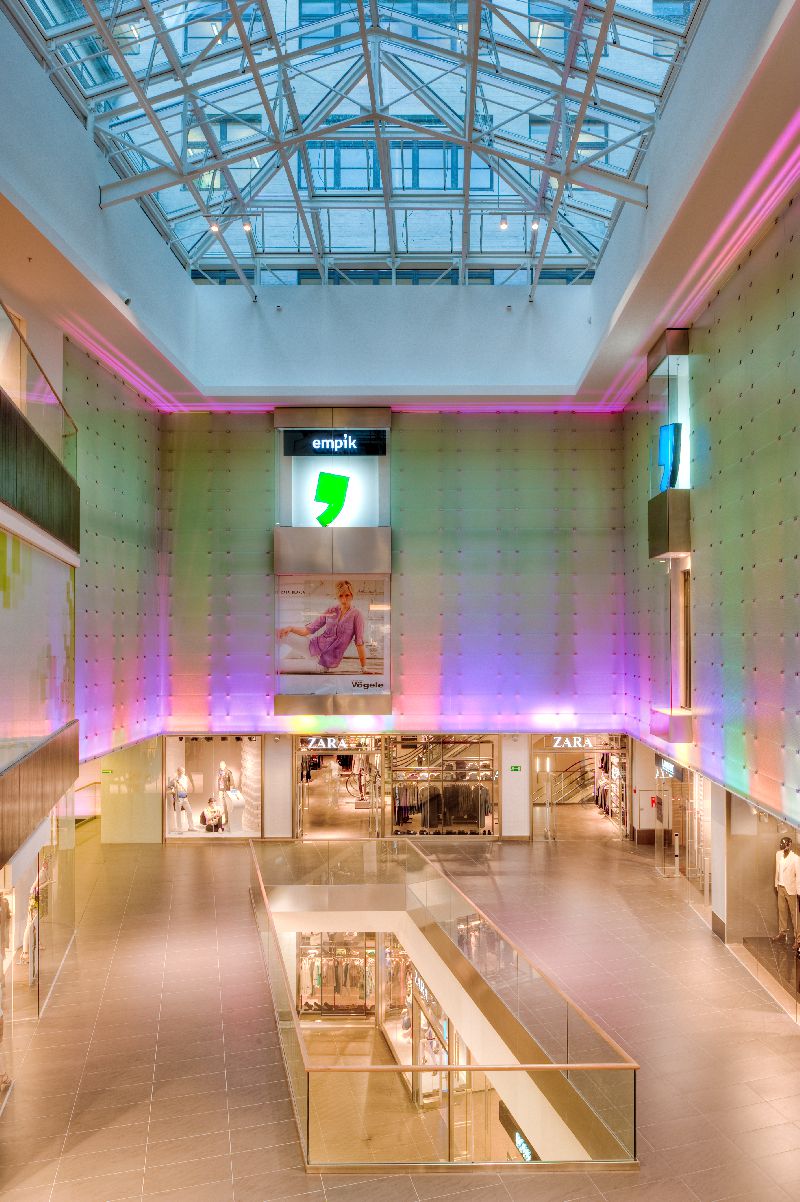 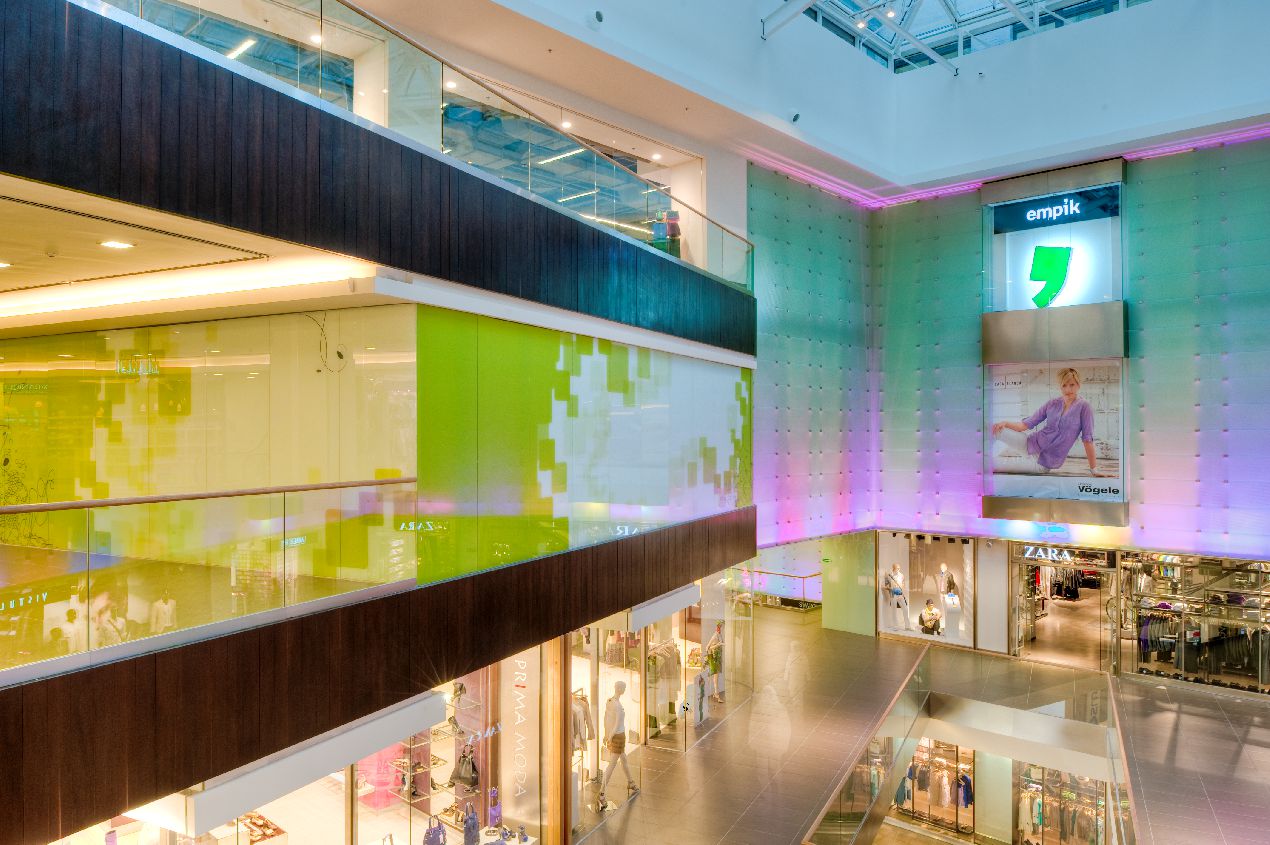 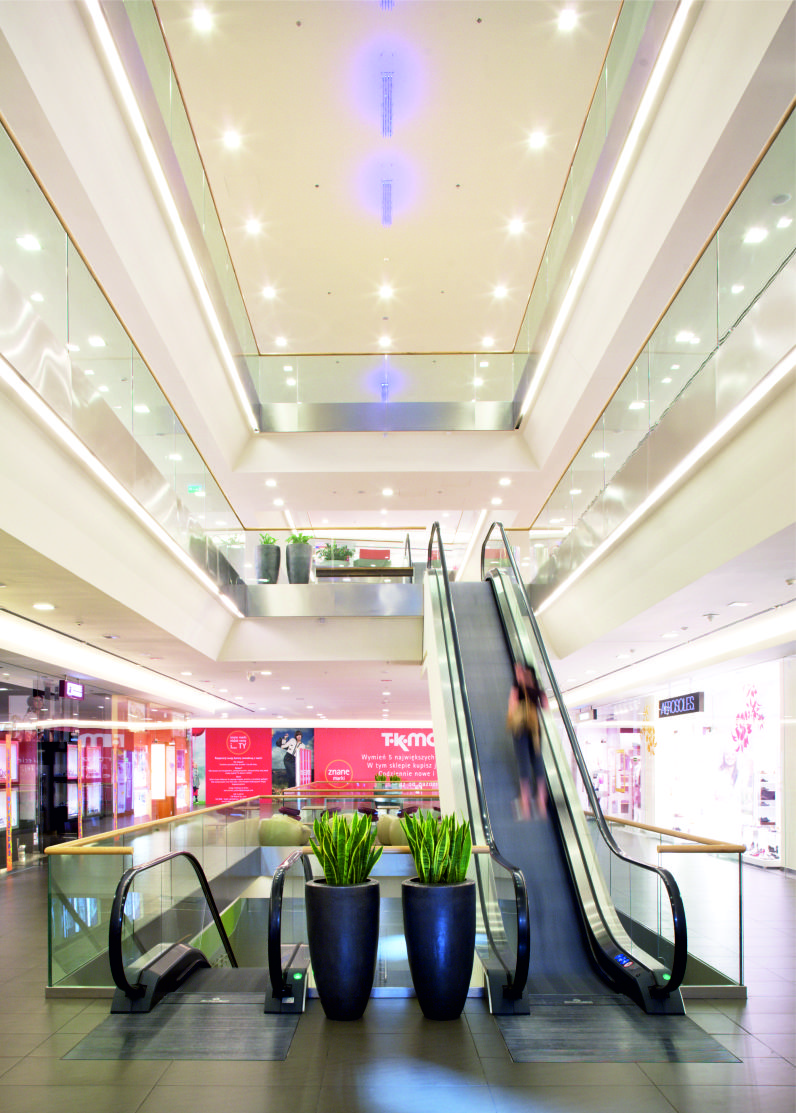 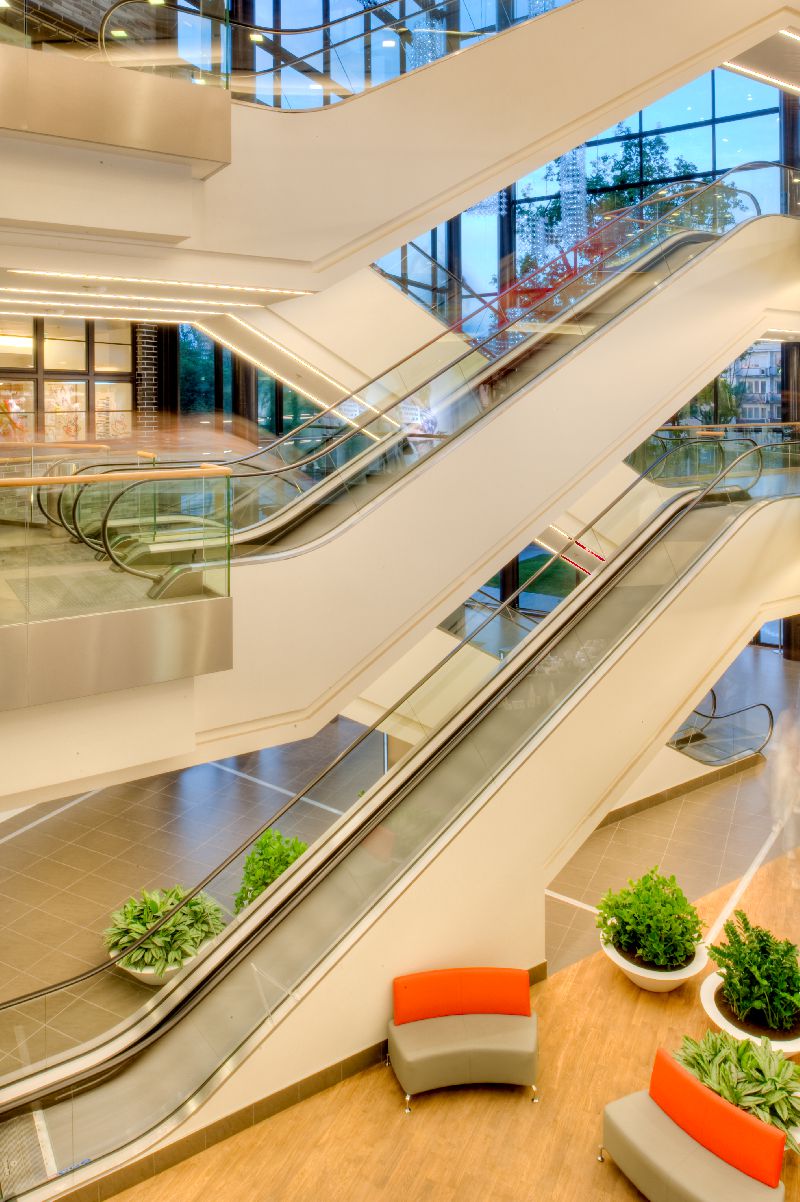 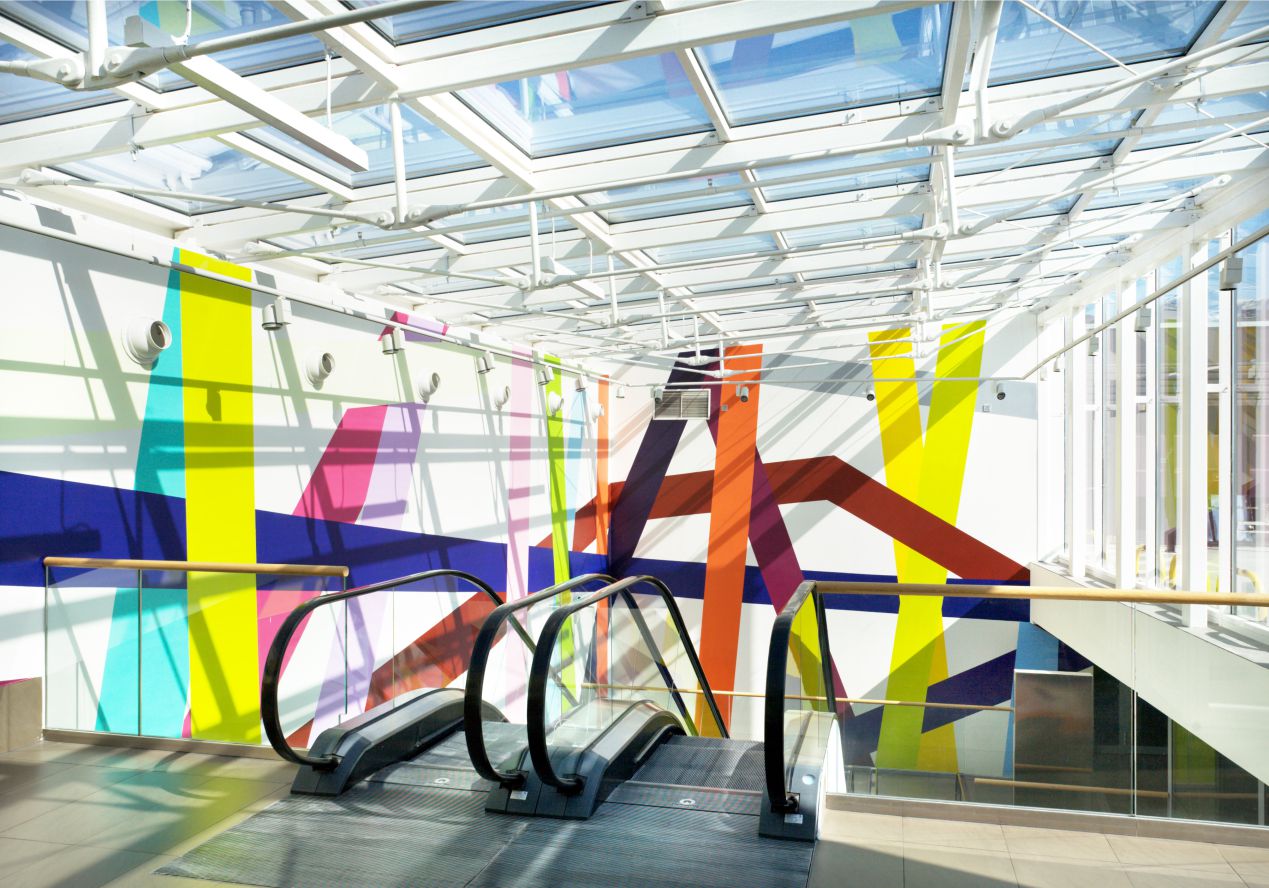 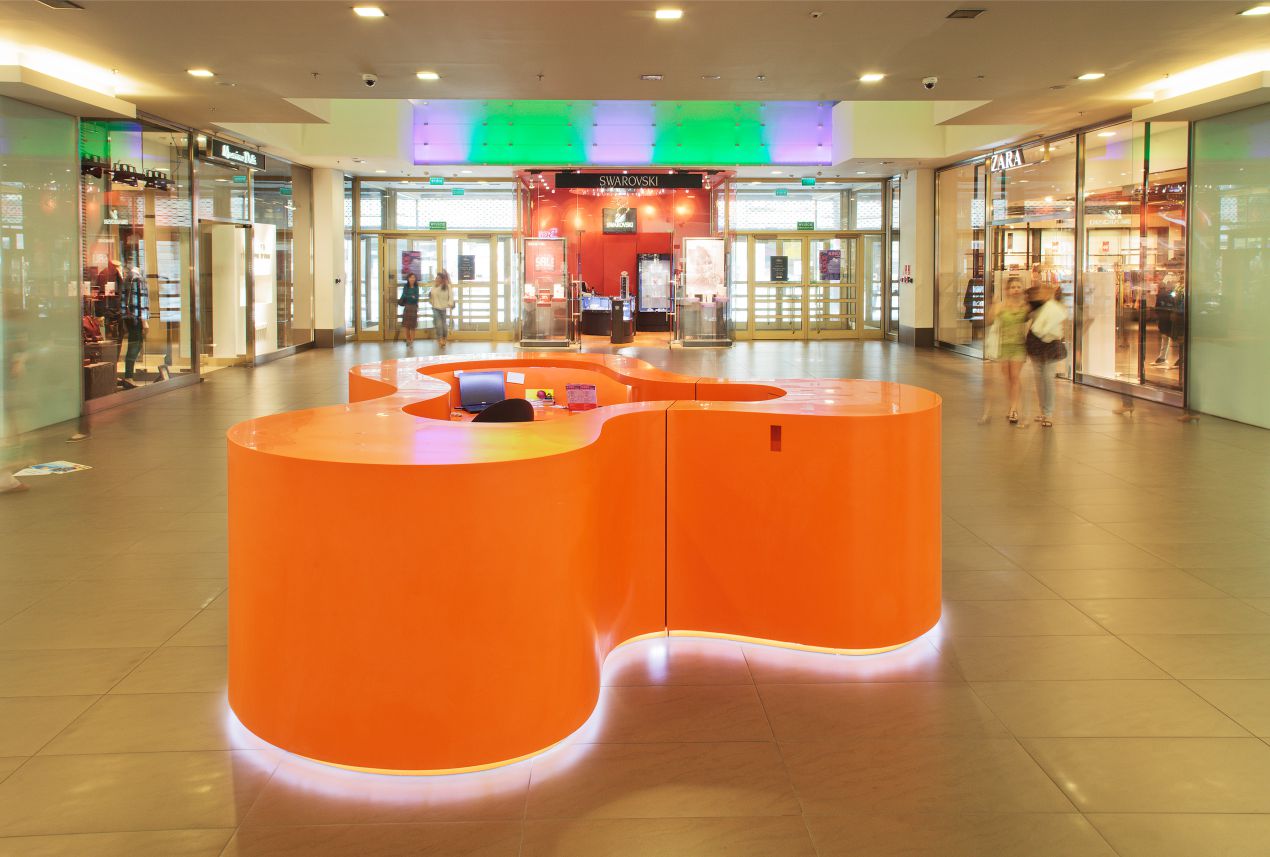 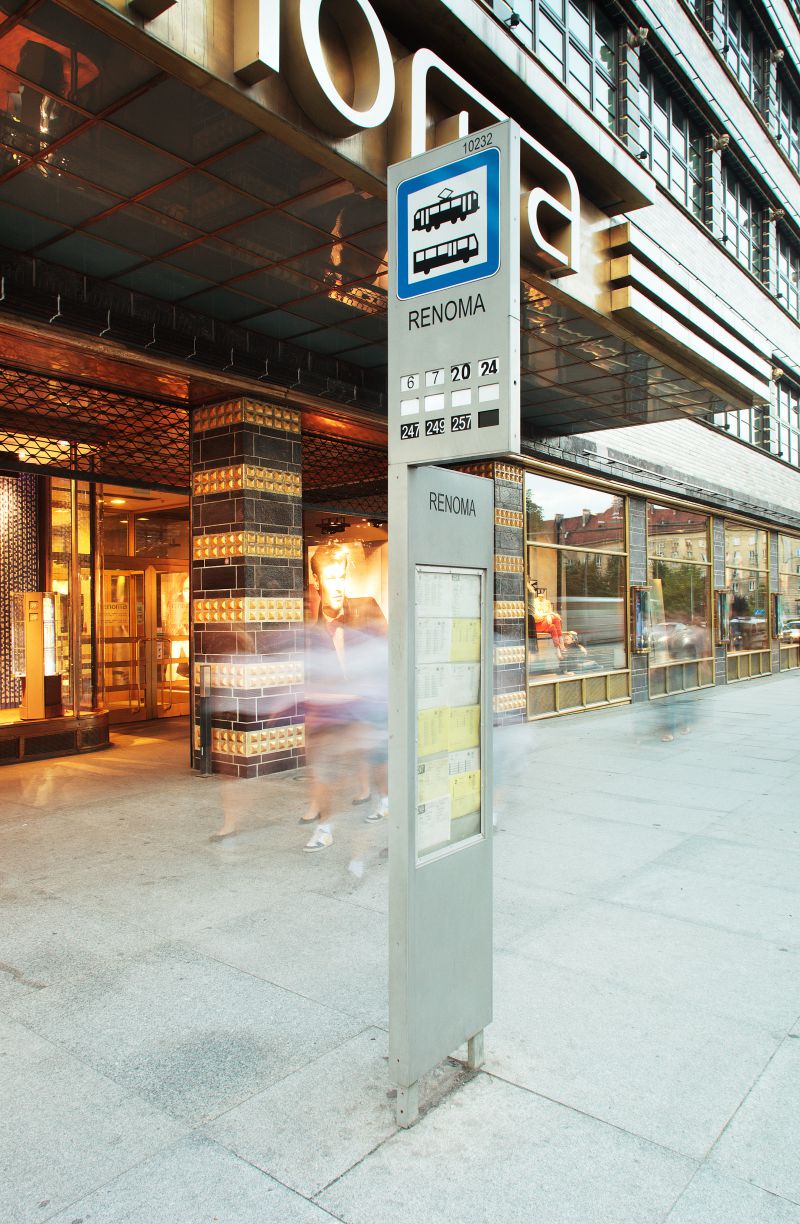